A horrific crash involving two pickup trucks and a small car held up traffic for hours on Friday. 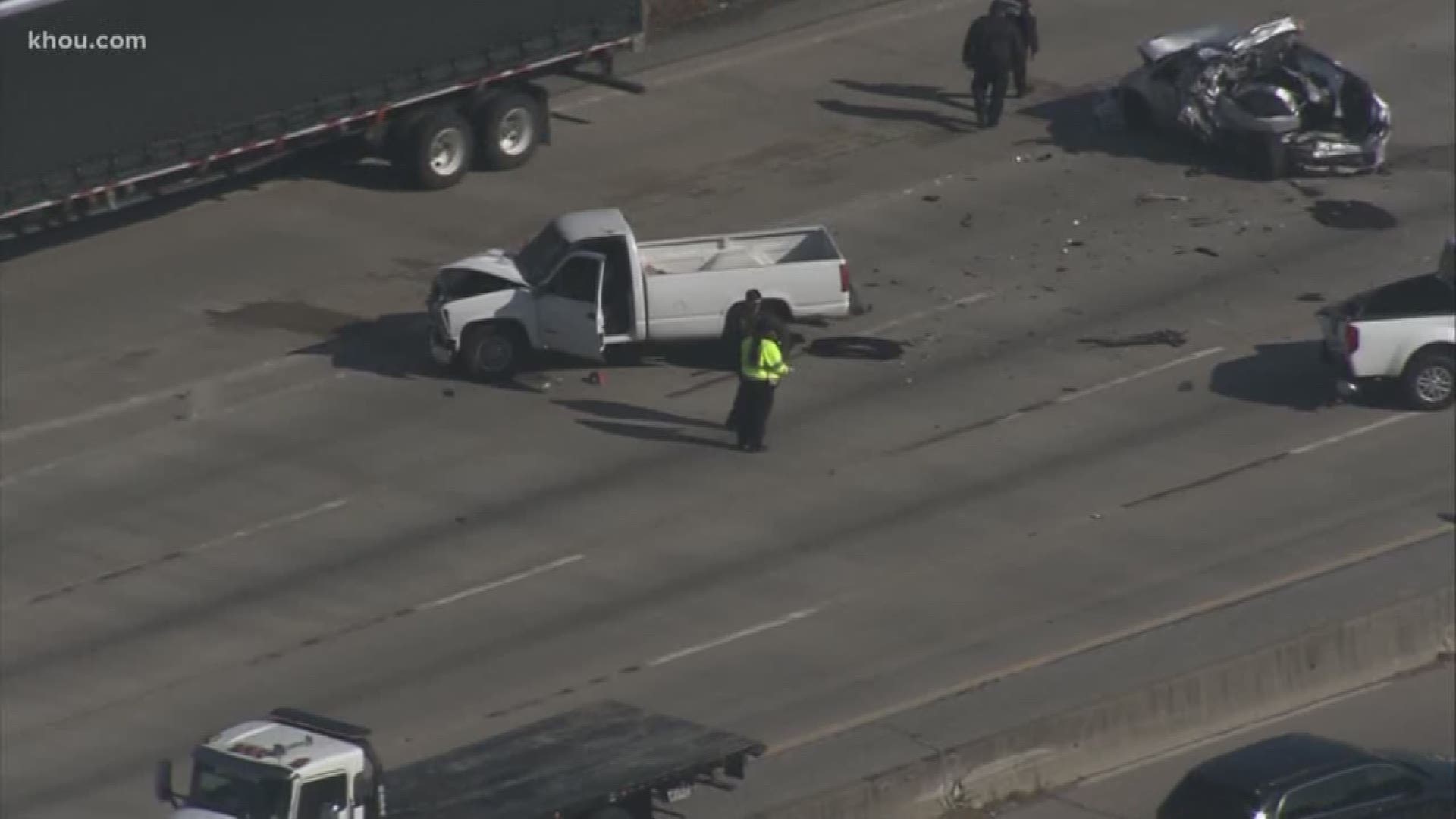 Police said two vehicles, a Toyota Corolla and a Nissan Frontier, were involved in a minor collision in the westbound lanes. The drivers, both men, stopped in a moving lane of traffic and exited their vehicles. That's when the driver of a larger Chevrolet pickup slammed into the stopped vehicles and drivers.

Views from Air 11 showed the results of the crash. The Toyota was so badly damaged, initially it was difficult to determine its make and model.

The driver of the Chevrolet pickup told police they were following another vehicle prior to the major collision, and they were not able to see the stopped vehicles.

Both of the victims were pronounced dead at the scene. The Chevrolet driver was taken to the hospital.