These are the 12 most dangerous intersections in Houston

There are about 7 crashes each day involving cars and pedestrians in Houston, according to LINK's research conducted from 2013-2017. 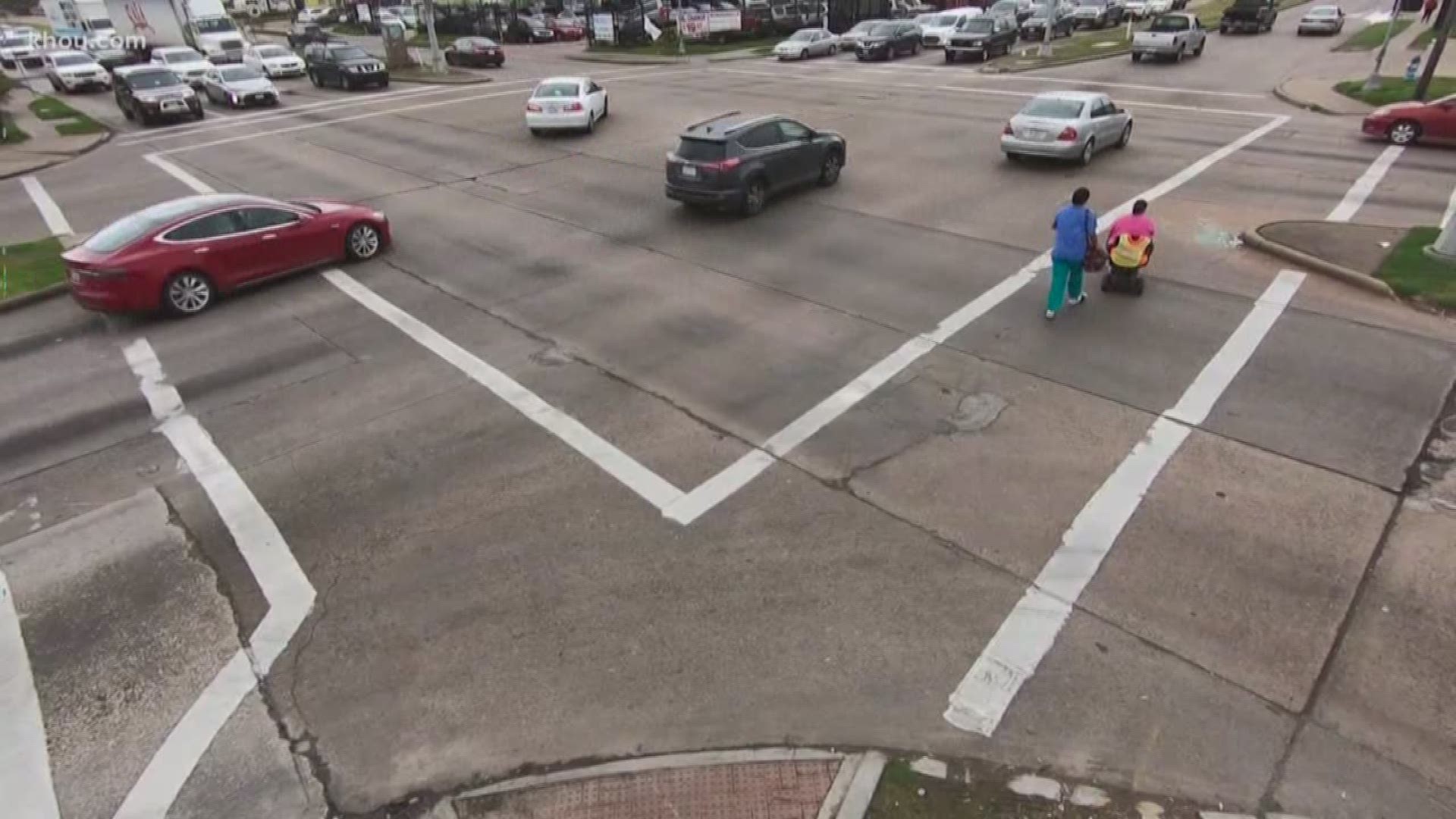 HOUSTON — Hundreds of people are injured or killed in auto-pedestrian accidents each year in Houston, according to a study conducted by LINKHouston.

As part of the Safer Streets Initiative, transportation experts are studying things like crash trends, traffic counts, and crosswalk conditions at 12 intersections.

The City is working with the Federal Highway Administration, BikeHouston, and LINKHouston on the project.

Below are the most dangerous intersections in Houston, according to LINKHouston:

The team of transportation experts audited the intersections in two groups of six.

The recommendations for the first six intersections will be presented to the City Council’s Transportation, Technology and Infrastructure Committee on Thursday.