Major weekend construction is planned across the Houston area. Here are the big closures you need to know about. 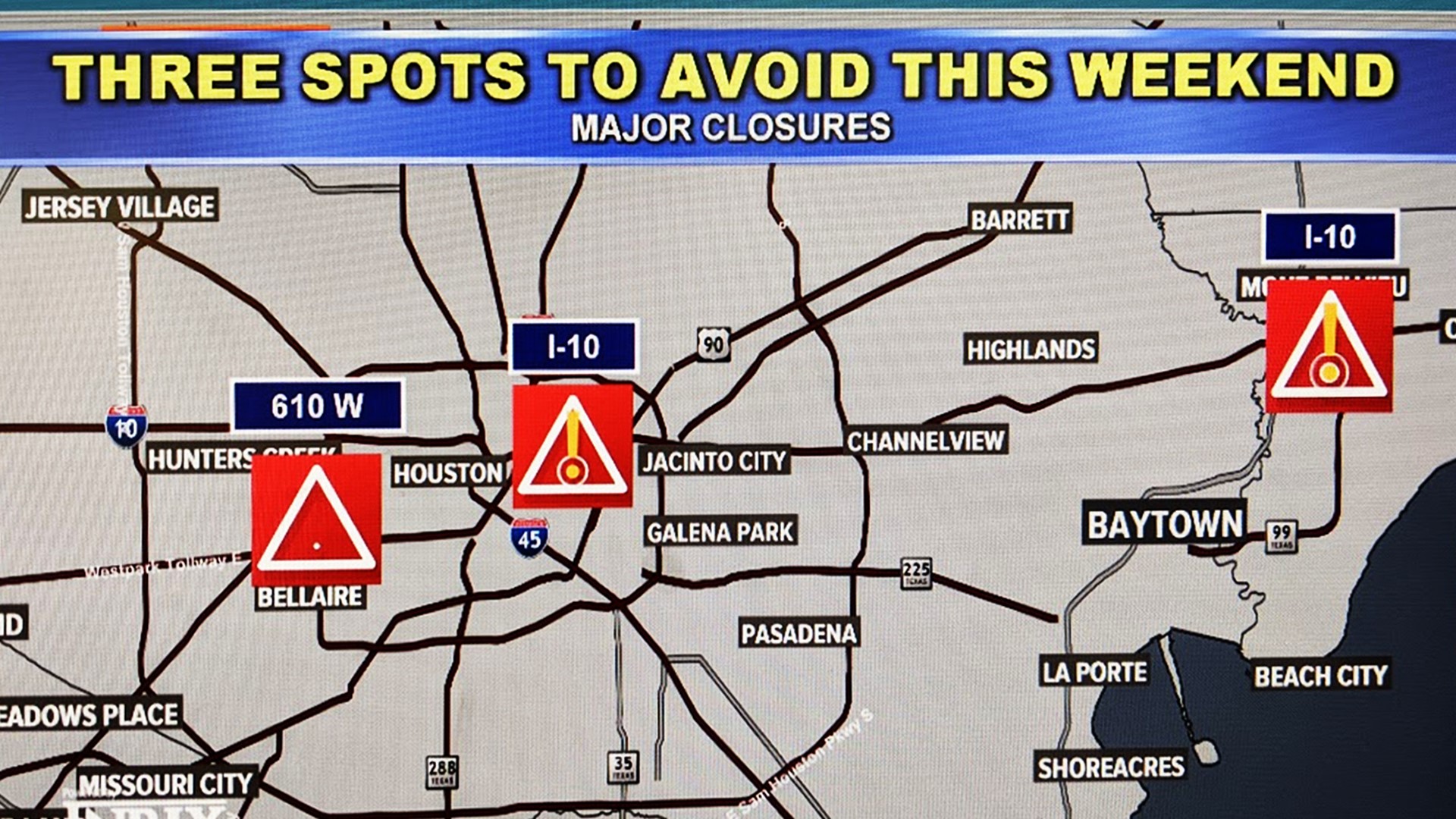 HOUSTON — Here is a big traffic alert for drivers across the Houston area this weekend, Feb. 7-9, 2020.

Major freeway/highway closures are planned for:

Remember you can download the KHOU 11 mobile app for traffic alerts on the go - just make sure you turn on alerts for the Traffic category.

Watch the video above for the detour maps from Stephanie Simmons, and check out the details below.

610 the West Loop in the Galleria area

Here's a big traffic alert for drivers in the Galleria/Gulfton area again this weekend — there are plans in place to close the 610 West Loop both northbound and southbound. The closure starts at 9 p.m. on Fridays for the entire weekend until 5 a.m. Monday. This will happen again on weekends the rest of this month, warns the Texas Department of Transportation.

"Crews will be closing all mainlanes of I-610 West Loop NB/ SB at I-69 the next several weekends starting this Friday at 9pm until Monday at 5am. Seek alternate route to avoid closure impacts."

The official detour has southbound drivers getting forced onto I-69/Highway 59/the Southwest Freeway. Northbound drivers will be forced to the frontage road at Westpark where they can continue northbound and get the next onramp near the Galleria. Expect big traffic backups in the area. KHOU 11 Traffic Anchor Stephanie Simmons recommends drivers can also use Voss or Chimney Rock, in west Houston, to avoid 610.

I-10 just east of downtown Houston

Beginning, Friday, Feb. 7 at 9 p.m. until Monday, Feb. 10 at 5 a.m., crews will close all mainlanes eastbound and westbound on I-10 East from Waco St. to Gregg St. to demolish the bridge and rebuild it higher (so trucks stop hitting it). This is about a mile east of downtown.

Motorists traveling eastbound and eastbound on I-10 will need to exit Waco St. and proceed onto the frontage road and enter the next available entrance ramp. Motorists should expect delays and it is recommended that motorists seek an alternate route during the closure.  Read more on this closure, tap here. 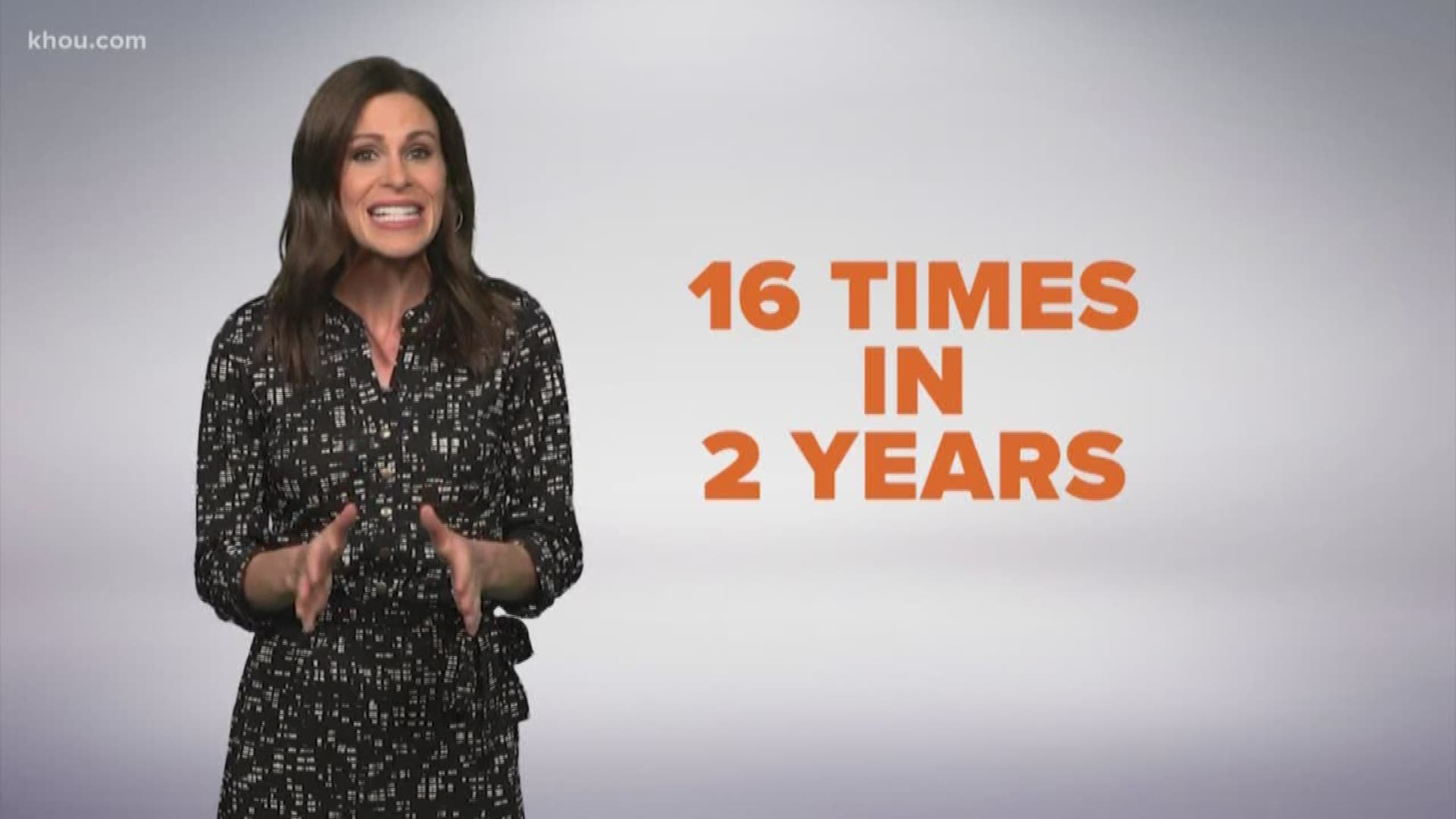 KHOU 11 APP: Download our app and turn on traffic alerts

I-10 in Chambers County

Watch the sheriff's statement below for full details or tap here.

Luling City Barbecue has been a fixture on Richmond inside Loop 610 West for more than a generation.

Owner Kurt Craig, who’s had the restaurant for 39 years, says the Loop 610 complete closure at US 59 is the worst traffic impact on business he’s seen.

Next door, at Hebert’s Meat Market, the clerk figures they’ve had a 50 percent drop off in customers during the closures.