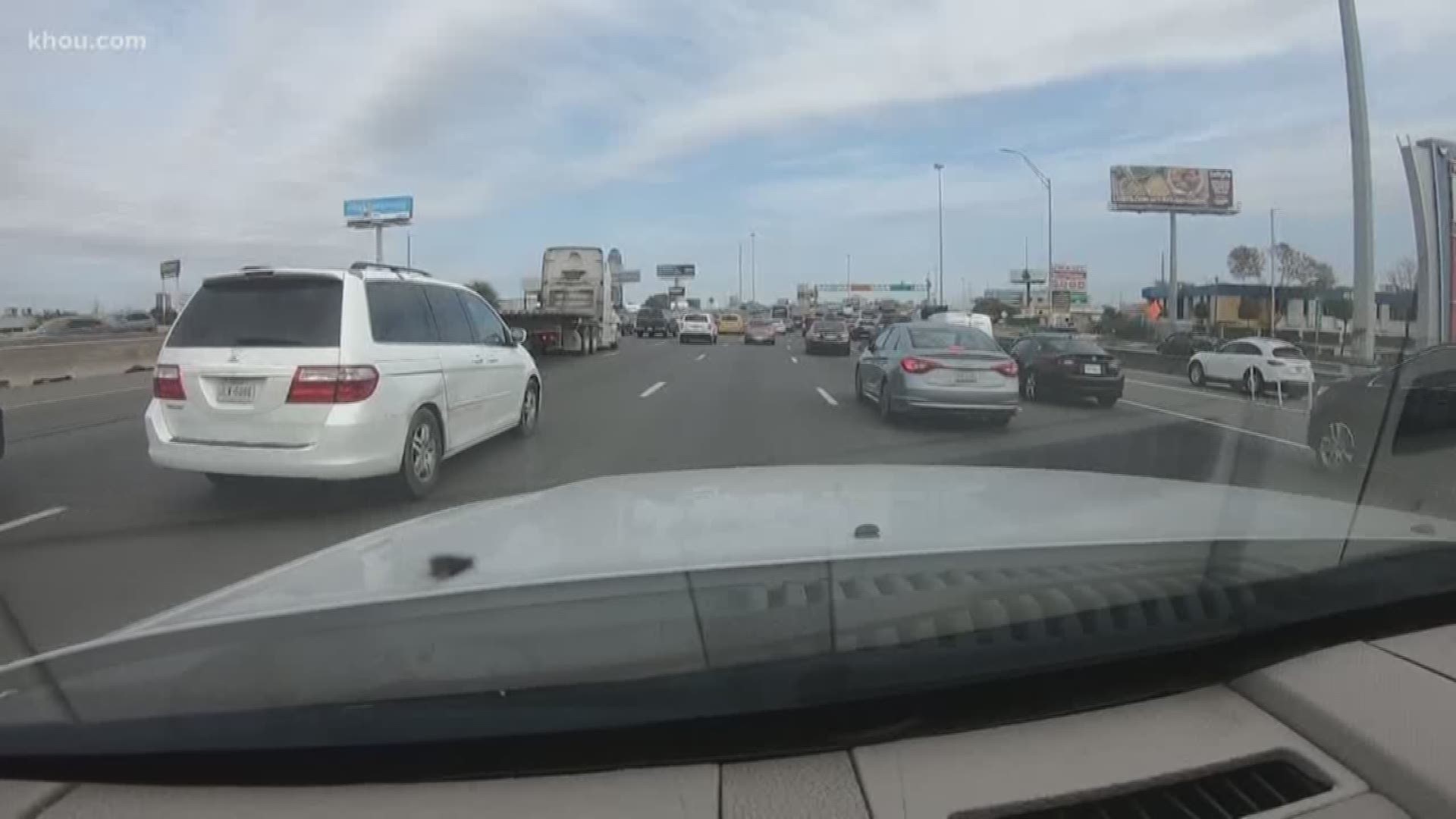 That's just some of TxDOT’s advice this long holiday weekend. The message was on one of the agency's roadside signs.

More than 4 million Texans are expected to travel more than 50 miles or more between Wednesday and Sunday.

We found gridlock at Sugar Land’s Honey Baked Ham as well. That's where drivers stocked up before heading out.

"If you’re going to travel, leave early," one customer said. "That’s it.”

That was too late for those traveling who hadn't left by Wednesday afternoon. Traffic along portions of the Southwest Freeway and the West Loop were expected to be much worse during the evening commute.

More than 200,000 Texans will be flying for Thanksgiving. Weather issues elsewhere could impact your departure here. Experts suggest you get to the airport even earlier than usual.

For more on the holiday travel period from AAA, tap/click here.