When the car landed, the teen lost control and left the road, hitting the pole, Houston police said. 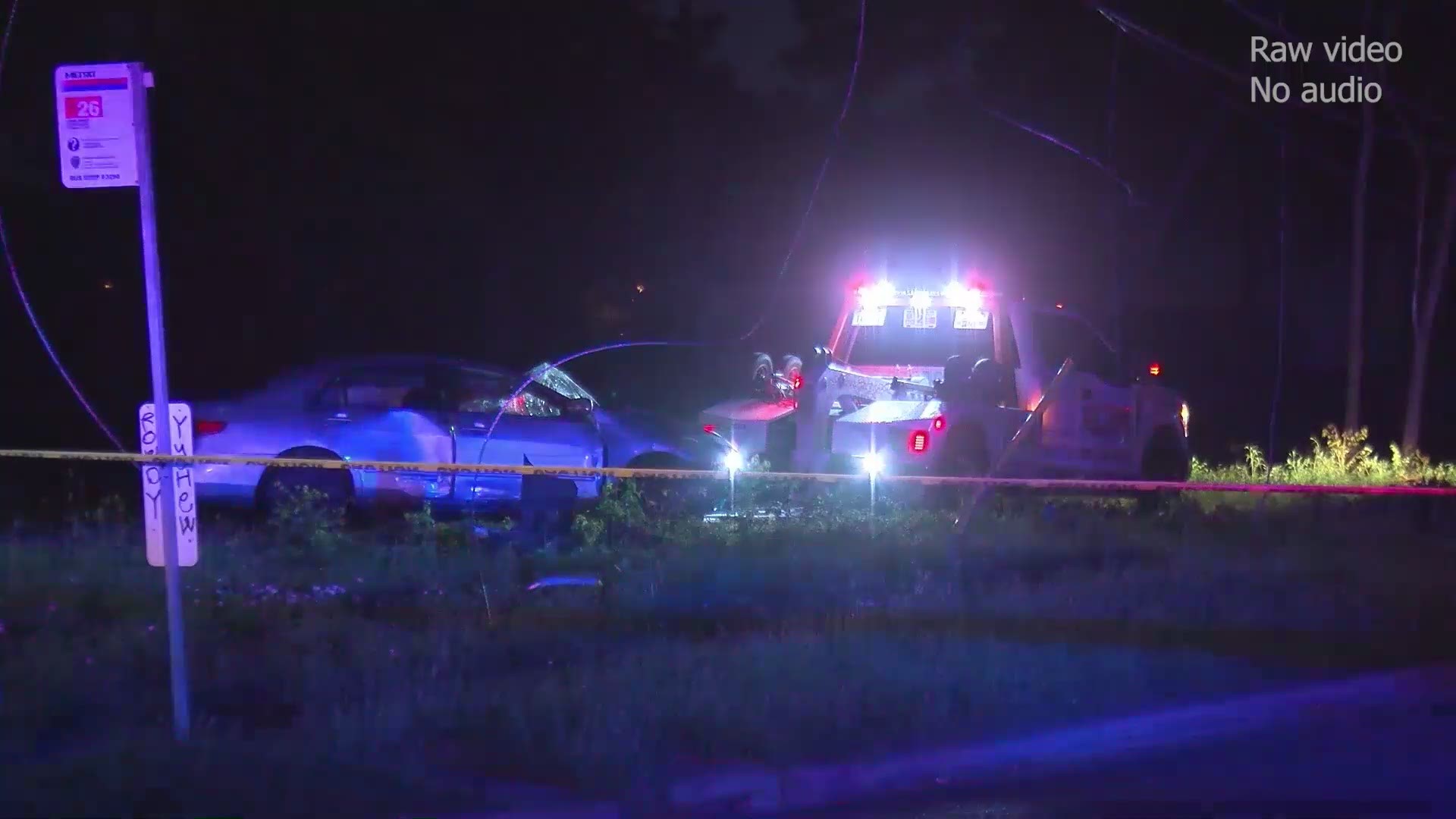 HOUSTON — A 17-year-old driver was killed after leaving the roadway and crashing into a power pole in northeast Houston on Tuesday evening, police said.

The crash was reported at about 6:35 p.m. in the 1700 block of Cavalcade, officers with the Houston Police Department said.

The impact knocked down power lines and cut electricity to the nearby neighborhood.

Houston firefighters arrived and treated the driver before paramedics took him to the hospital. He was later pronounced dead, however.

Investigators believe the teen was speeding westbound on Cavalcade when his sedan went airborne at a railroad crossing. When the car landed, the teen lost control and left the road, hitting the pole.

It did not appear any other vehicles were involved in the incident.