The freeway's mainlanes southbound were closed for about four hours early Thursday. 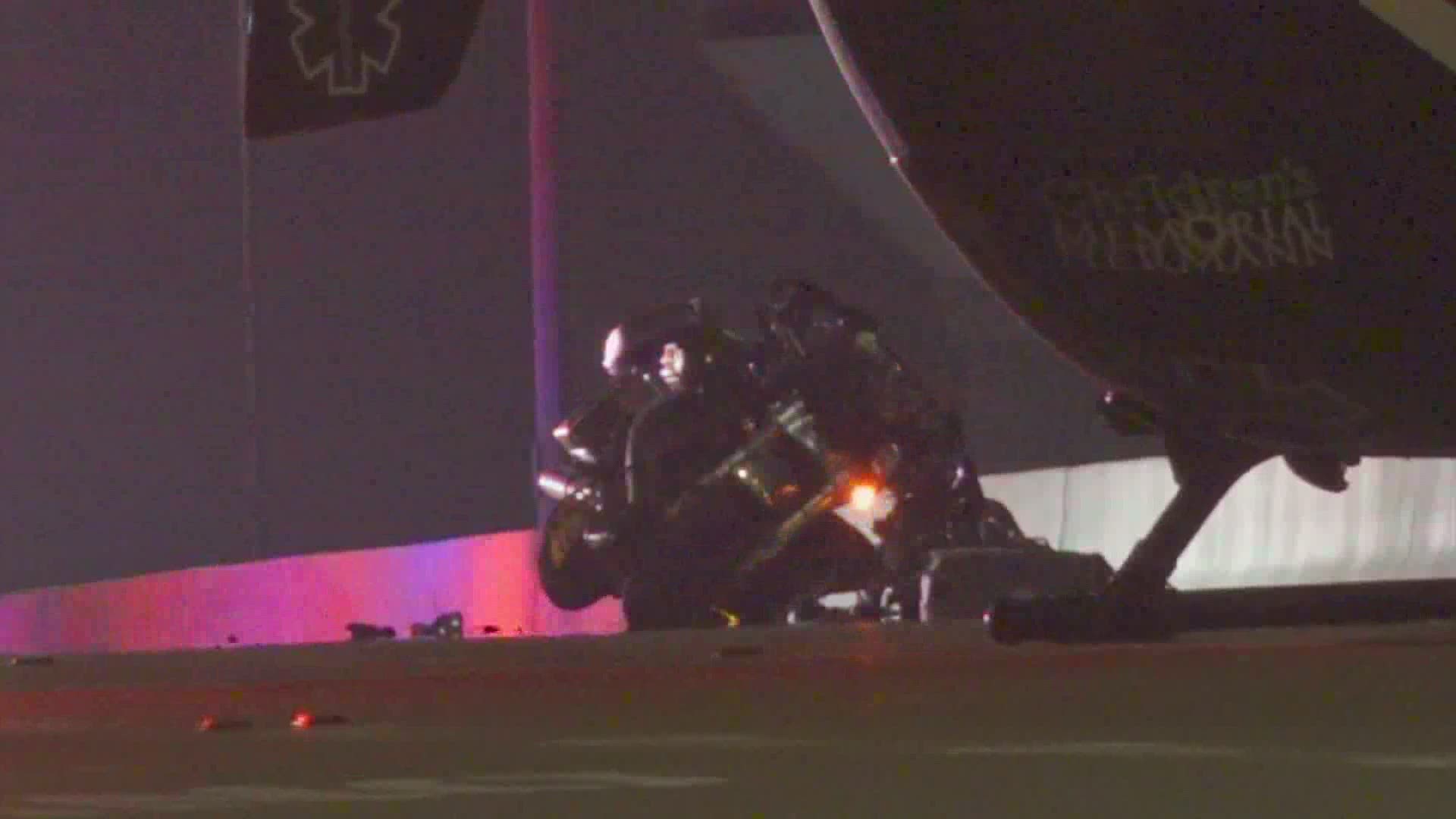 The crash was reported shortly before 2 a.m. Thursday on the freeway’s southbound lanes near the Brazos River. The freeway was closed at University Drive. Inbound/northbound lanes were not impacted.

Further details about the wreck itself were not immediately released. It’s believed the motorcyclist crashed and fell off the bike before they were struck by another vehicle, but police have not released any official information.

Life Flight airlifted the rider to the hospital, and the freeway remained closed until about 6 a.m.

Check back for updates to this story and watch KHOU 11 News.

Major Accident: US59 southbound at Brazos River closed while SLPD investigates a motorcycle accident. All traffic being routed to feeder road.