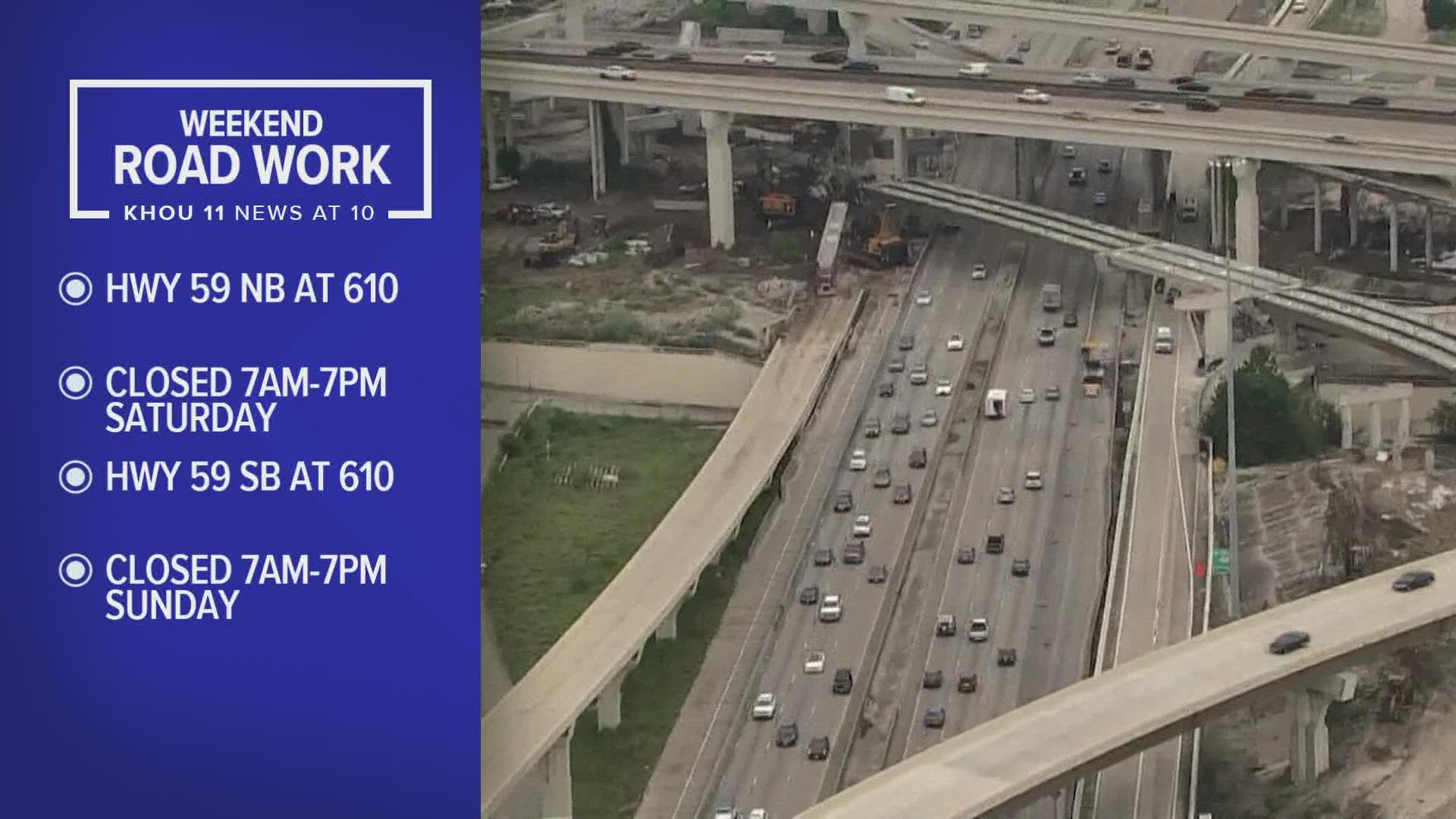 HOUSTON — One of the busiest traffic spots in Texas is going to be a little more congested this weekend. So here’s your warning!

We’re talking about the Southwest Freeway at the 610 West Loop interchange. At separate points over the weekend, the northbound and southbound lanes will be shut down.

The Southwest Freeway northbound will be shut down Saturday between 7 a.m. and 7 p.m. in the area.  Then on Sunday, it’s the southbound lanes’ turn. They’ll be closed from 7 a.m. to 7 p.m.

This weekend’s construction is on top of the continued work being done on the new Southwest Freeway northbound connector ramps to the 610 West Loop northbound. That project is expected to be finished sometime later this year.

If you’re heading outbound, TxDOT says get on the Loop northbound, then exit Westheimer, do a U-Turn and head south.

If you're coming inbound, take the South Loop to Bissonnet, exit there, take a U-Turn and head back north to get back on 59.