2 critically hurt when driver in Dodge Charger loses control at roundabout, slams into CVS in Seabrook 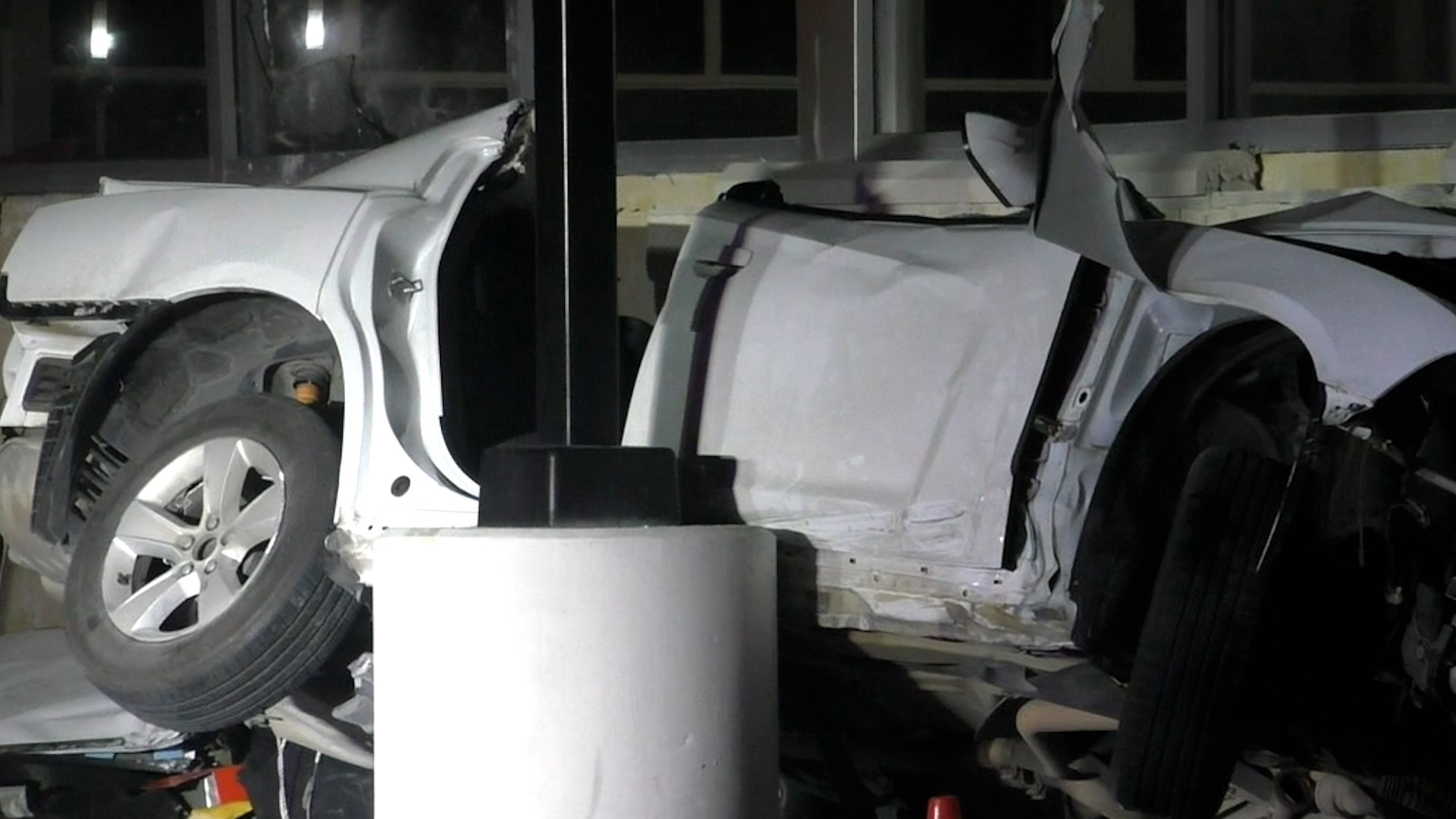 Note: the video in this story is a raw clip with no audio from i45Now

It appeared a white Dodge Charger lost control at a roundabout intersection before flying through a parking lot and into the side of a CVS store. The vehicle ended up wedged between the side of the building and a light pole.

Firefighters cut off the roof of the car to pull out two people inside. They were both taken to the hospital in critical condition.

Their status as of Monday morning was not known.