Just two years ago, Jersey Village residents voted against a proposition that would've banned red-light camera programs. Just 35 percent of voters were in favor of the ban. 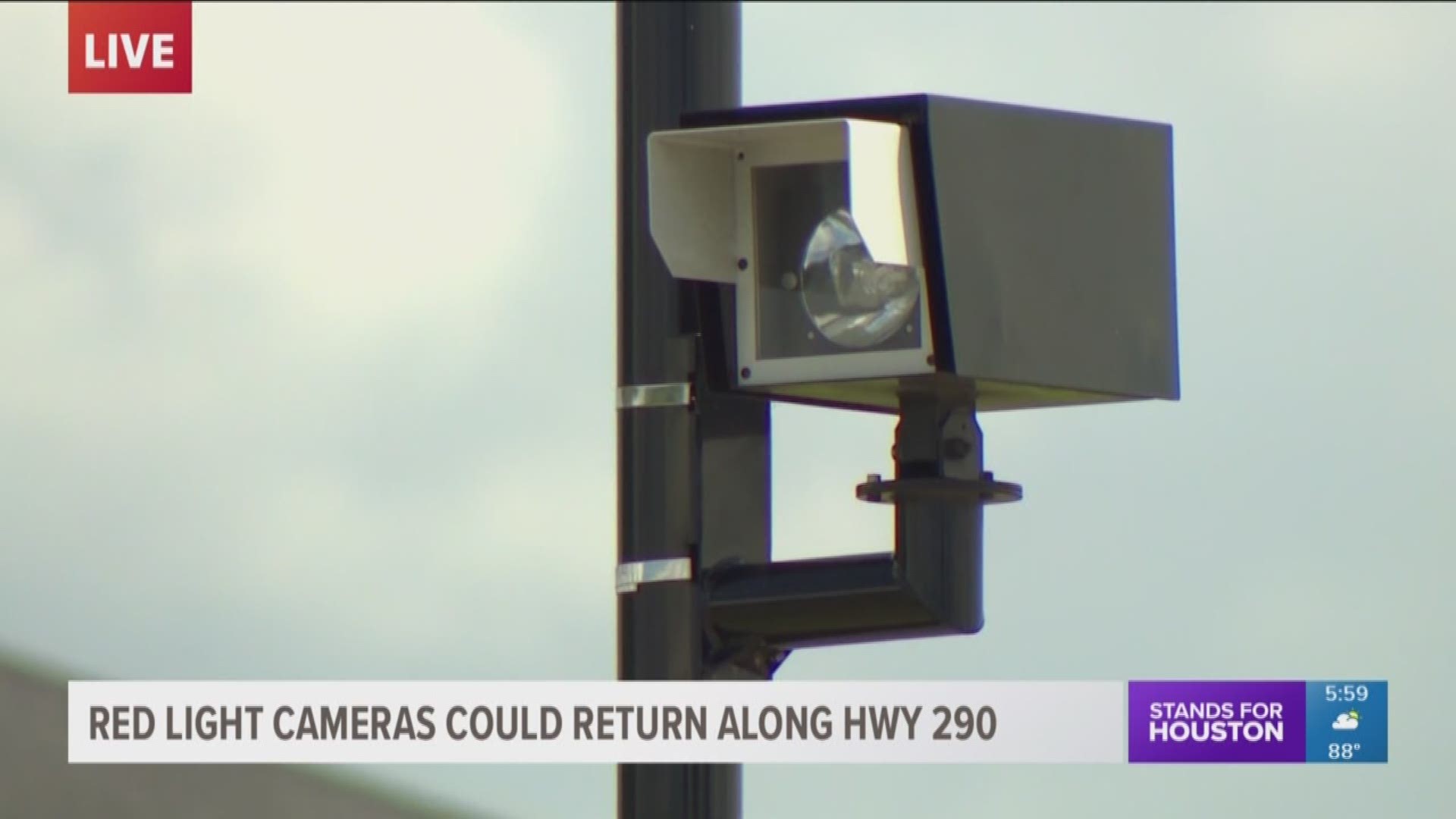 JERSEY VILLAGE, Texas — It’s not the comeback that many drivers in northwest Houston were hoping to see.

Red-light cameras might be returning along the service road of Highway 290, in Jersey Village.

Red light cameras had been up and running at those intersections for about five years, until construction started on 290. Now that construction is almost finished, cameras could return.

“I was so relieved when they took them away,” one driver said.

Jersey Village’s City Council recently approved a $57,200 study to look at 11 intersections along the service road of Highway 290.

The widening project of the highway might’ve changed angles and lines of sight, for drivers.

“We feel like it’s a good time to look at traffic patterns, once again,” says City Manager Austin Bleess.

Village officials say that 230 crashes occurred at those 11 intersections over an 18-month period, before cameras were installed in 2008.

“Once the cameras were put up, accidents decreased by about 50 percent, so you saw a major decline in accidents happening,” Bleess noted.

Not all drivers, however, believe that cameras make the roads safer.

“When you’re so concerned about a red-light camera, people in the front slam on the breaks. People in the back run into you, when you think the other driver might be going through a yellow light.”

Researchers at Case Western Reserve University agree. They looked at thousands of crashes in Texas over a 12-year span. They found that drivers brake harder and more suddenly, to avoid getting a ticket, which leads to more collisions.

Just two years ago, Jersey Village residents voted against a proposition that would’ve banned red-light camera programs. Just 35 percent of voters were in favor of the ban. Many residents object to the cost of a red-light camera ticket.

“I just want to know where the funds are going,” says driver Dave Sinha.

If you get caught entering an intersection where there’s a red light, the camera will snap a photo of your vehicle, and the owner will receive a $75 ticket in the mail.

That’s the same amount as in Sugar Land, where six intersections have cameras.

“As long as it’s safe, I think we should not get into a system where robots are basically determining when you get a ticket or not,” Sinha added.

The City Manager wants to make clear: “It’s not about making revenue, or anything, but the safety of our children and families in Jersey Village.”

He presumes that the study will be completed within the next few months. Revenue from red-light cameras, according to officials, go back into traffic improvements in the Village.