Air 11 streamed video from the scene earlier. It showed an 18-wheeler on its side near Spur 529. 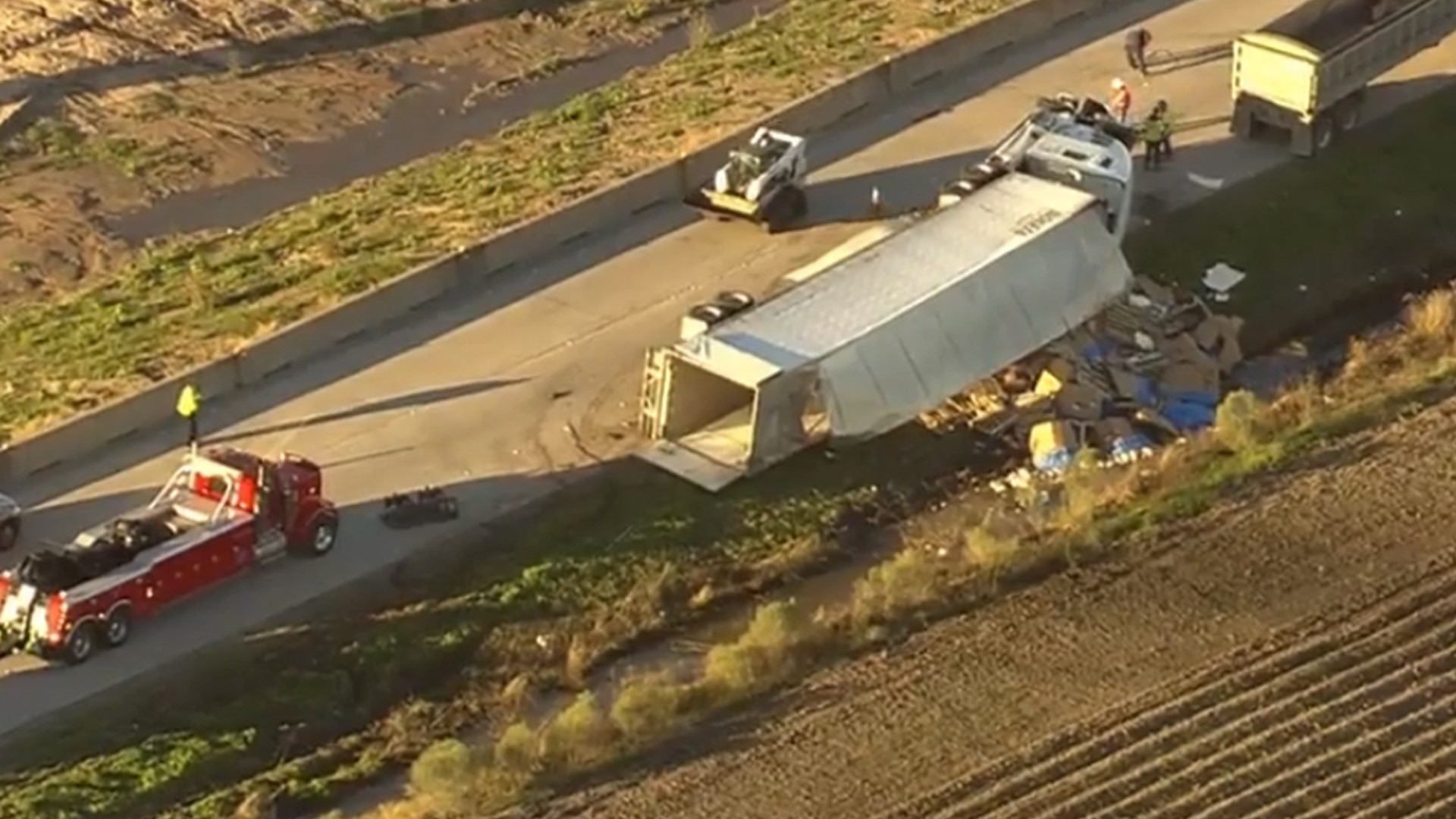 HOUSTON — All southbound/outbound lanes of I-69 the Southwest Freeway were closed in Fort Bend County early Friday due to a lost load of pig parts, police said.

Houston TranStar reported the crash and hazmat spill occurred near Spur 529 just before 5 a.m. The crash is just west of the Richmond area.

ALERTS ON YOUR PHONE: Download the KHOU 11 app, turn on traffic alerts

All lanes were reopened at 1:32 p.m., according to Houston TranStar.

An assistant chief at the Rosenberg Police Department told KHOU 11 News the hazmat scene is due to 75,000 pounds of pork that spilled on the road when an 18-wheeler flipped on its side.

At this time there's no confirmation on injuries involved, if any.

Some KHOU 11 viewers have pointed out that the truck could not have been carrying 75,000 pounds of cargo, and that likely was the total weight including the truck. Police have not confirmed further information, however.

Views from Air 11 showed crews offloading the product and putting it in another truck.