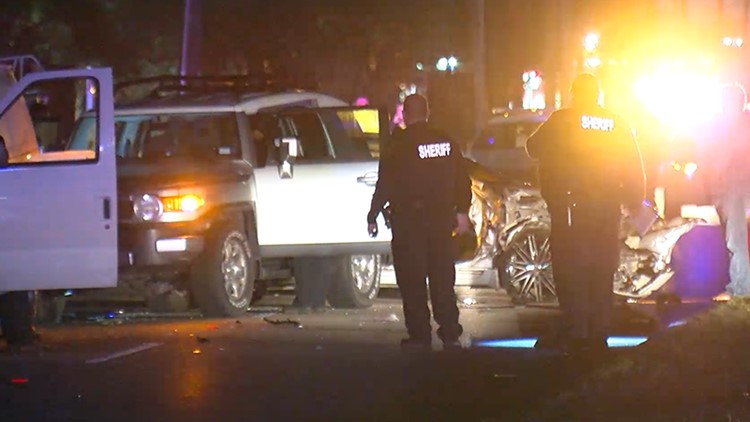 Photo by: KHOU 11
Deputies are investigating the cause of the crash, which involved five vehicles and two pedestrians

The crash happened at about 12:45 a.m. on Barker Cypress near Coventry Park.

Sgt. Dashana Cheek-McNeal with HCSO said a vehicle was stalled along the road, and other drivers stopped to help. That’s when a Toyota Tundra came up on the scene, and the driver went to the right of the stopped vehicles, hitting two people who were outside of their cars.

The man and woman who were hit, both believed to be in their early 30s, were taken to the hospital in critical condition.

A total of five vehicles were involved in the crash.

Deputies are investigating the cause of the crash.