The eastbound lanes fully opened early late Sunday, according to the Texas Department of Transportation. 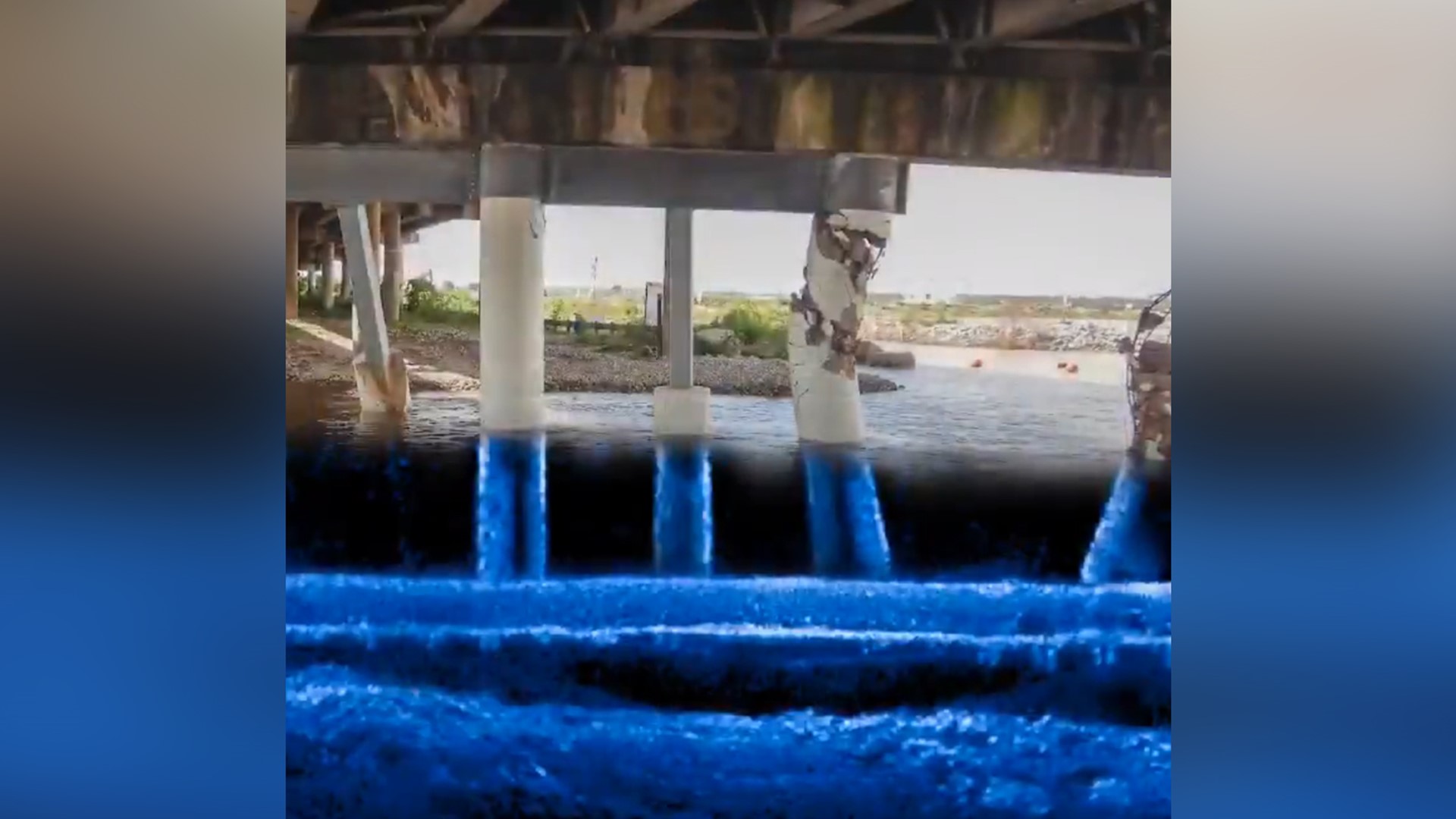 Editor's note: The above video showing the damage to the bridge first aired in September 2019.

HOUSTON — Good news for drivers who frequently travel I-10 east of Houston: the westbound and eastbound bridges over the San Jacinto River are fully open again.

After months of closures, repairs to the westbound bridge were completed mid-January. Those lanes fully reopened the afternoon of Sunday, Jan. 12, but the eastbound side was still partially closed as crews worked to put the lanes back in their original configuration.

The eastbound lanes fully opened late Sunday, Jan. 19, according to the Texas Department of Transportation. Work to re-stripe the lanes and fully open the eastbound side was delayed by Houston's wet weather last week.

Drivers traveling in both directions were sharing the eastbound bridge for more than three months, creating headaches for drivers who depend on one of the busiest freeways in the country.

Barges slammed into the bridge in September 2019 as remnants of Tropical Storm Imelda flooded southeast Texas.

A few days after the incident, photos released by the Texas Department of Transportation showed crews putting up a concrete divider on the bridge that was not damaged.

The state worked with a contractor who installed temporary support beams while the permanent repair investigation and work continued.

It was a hassle for drivers, and nearby businesses worried about their bottom line.

"My business is terrible on account of this,” says Alex Addy who owns a truck wash business along I-10.

As for the barge companies involved in the collision, "we handle this bridge-versus-barge just as we would handle an 18-wheeler that hits an overpass," said TxDOT spokeswoman Emily Black last year. "So we do a normal damage claim with the responsible parties insurance company. So that’s going to all be going through insurance. I can’t tell you how the claim’s going to go, but we try to recoup some of the costs from the responsible parties insurance, that way."