Motorcyclist killed in hit-and-run on I-45 ramp

The southbound frontage was blocked for several hours this morning as deputies continued to investigate the deadly hit-and-run incident. 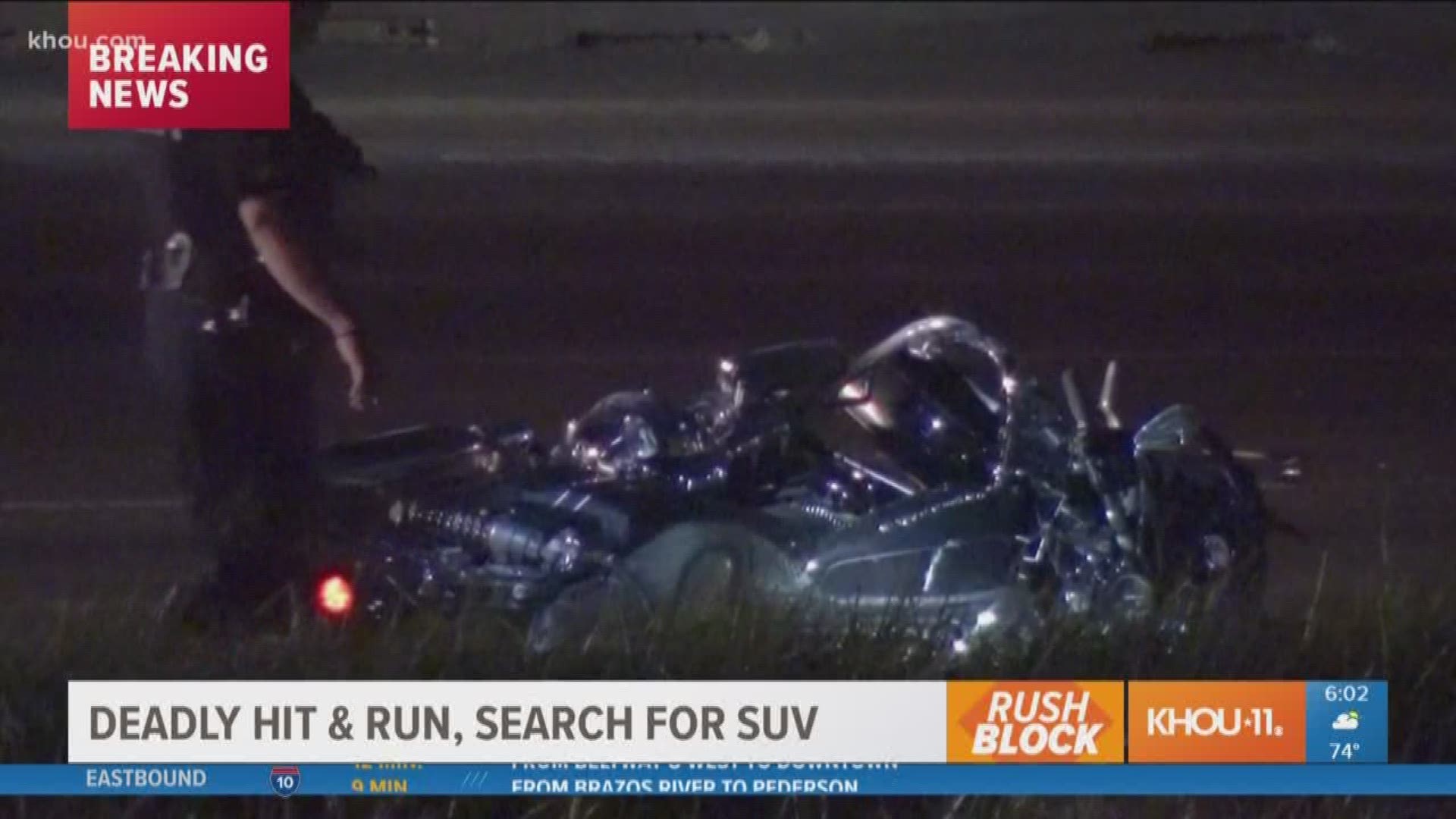 HOUSTON -- Deputies are looking for a driver involved in a crash that killed a motorcyclist on I-45 North early Thursday.

The crash partially blocked I-45's southbound lanes near FM 1960 for several hours. As of 6 a.m. the southbound frontage road and an entrance ramp remained closed with the investigation still underway, but the freeway has since fully reopened.

Photos: Motorcyclist killed in crash on I-45 | Deputies looking for suspect

It appears the motorcyclist was entering the freeway when the crash occurred in the on-ramp. The rider died at the scene, deputies say.

Harris County Sheriff's Deputies tweeted that they are looking for a newer black GMC Terrain or similar SUV with damage that was involved in the incident.

Call Houston Crime Stoppers at 713-222-TIPS if you have any information about the SUV driver.