DPS troopers are now investigating the wreck. Their New Caney office is asking any witnesses to come forward with more information. 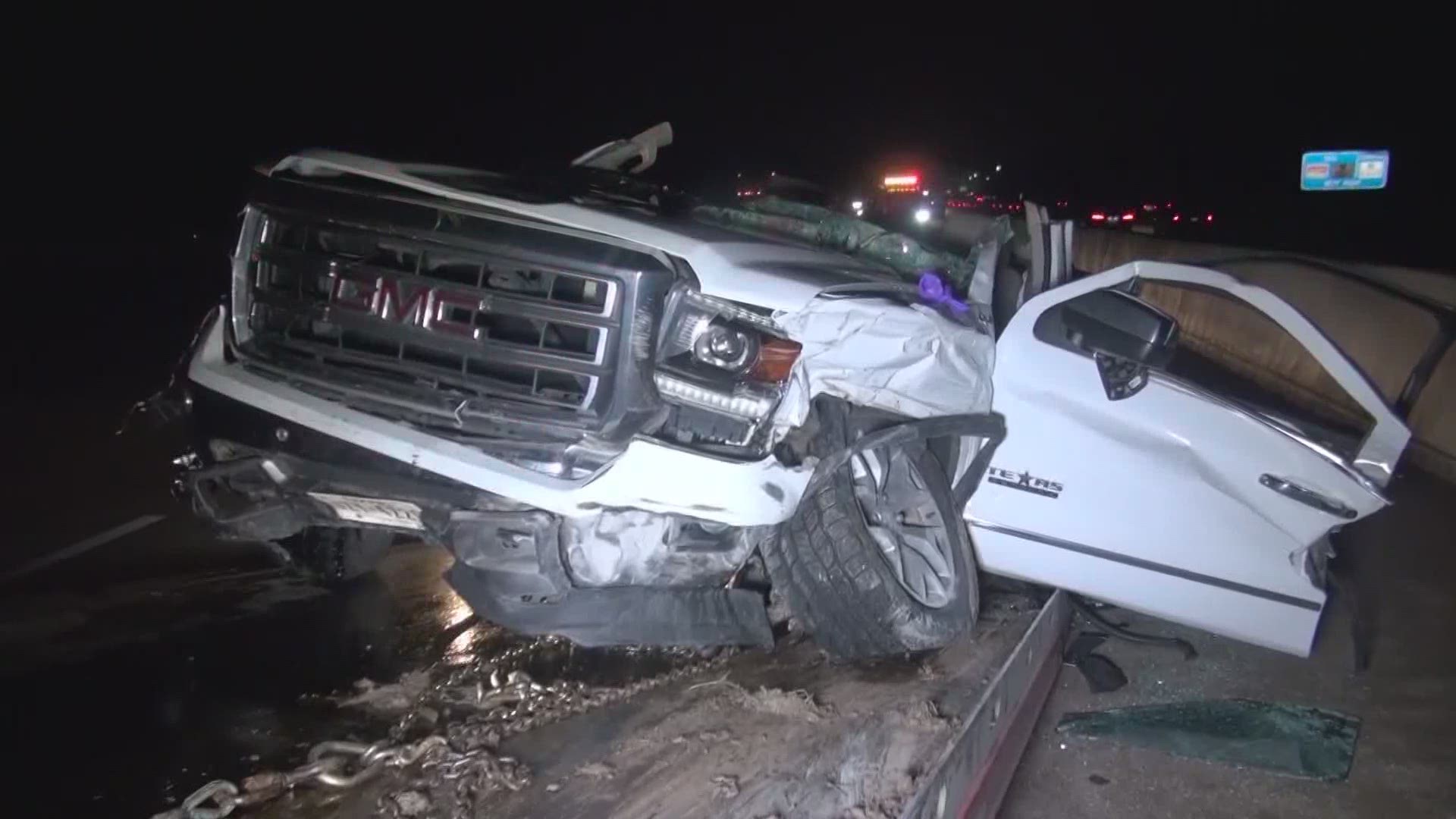 NEW CANEY, Texas — A mother was killed, and several others were hurt when a wheel flew off a vehicle and caused a crash in New Caney late Thursday, troopers with the Texas Department of Public Safety said.

The incident happened after 7 p.m. along I-69 northeast of Houston, shutting down the freeway for more than three hours.

Investigators said the wheel flew off a 2004 Dodge pickup truck heading northbound, smashing into a family’s 2014 GMC pickup on the southbound side of the freeway.

The mother was killed instantly, and her truck then crashed into another car with a father and three children inside. In all, five people were hurt, including the woman’s teenage son, who suffered serious injuries.

The driver of the Dodge that lost the wheel managed to keep control over his vehicle and came to a stop.

The names of those involved were not immediately released. Troopers said the mother and son whose truck was hit were returning from Lufkin where the son played back-to-back baseball games.

DPS troopers continue to investigate the incident. Their New Caney office is asking any witnesses to come forward with more information.