Man struck and killed on I-45 after getting out of wrecked vehicle, deputies say

Anyone who has information on the blue vehicle who struck and killed the man on the frontage road can call Houston Crime Stoppers at 713-222-TIPS. 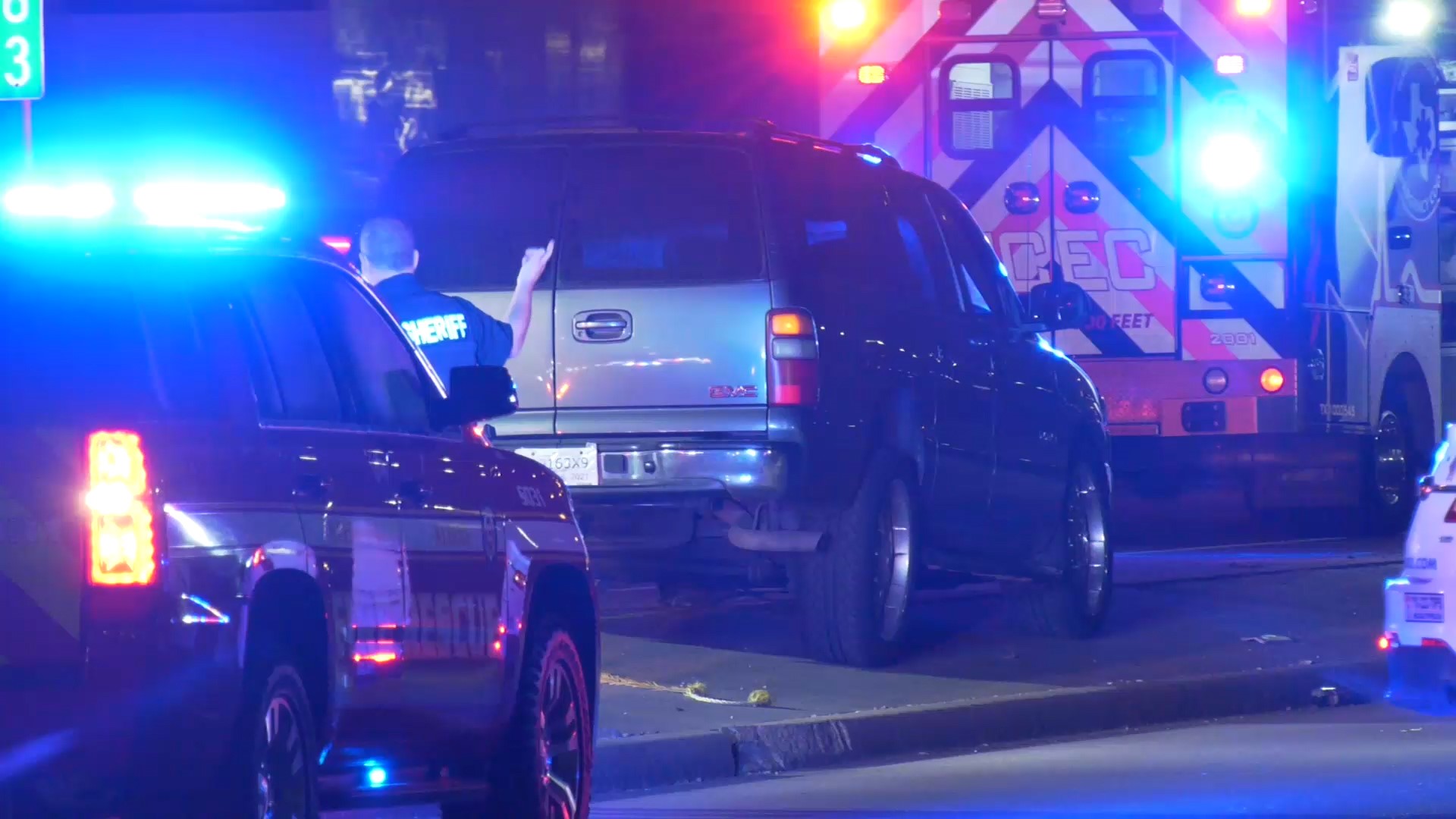 HOUSTON — Sheriff’s deputies are investigating a multivehicle crash that led to a fatality along I-45 North early Friday morning.

The incident happened around 2 a.m. in the northbound lanes just north of Beltway 8.

According to the Harris County Sheriff’s Office, a vehicle was stalled in the mainlanes, and a GMC SUV driver swiped it while trying to pass by. The SUV driver stopped his wrecked vehicle and attempted to cross the frontage road. That’s when a blue, unknown vehicle struck and killed him, deputies said.

The driver who hit the man did not stay at the scene and is wanted by the sheriff’s office.

Just after the first crash, a white truck was also heading northbound in the mainlines and lost control trying to avoid debris from the earlier wreck, hitting a barrier wall. There were no injuries in that crash.

Anyone who has information on the blue vehicle who struck and killed the man on the frontage road can call Houston Crime Stoppers at 713-222-TIPS.