A school district spokesman says it's not yet known if the wreck involved any students or staff. 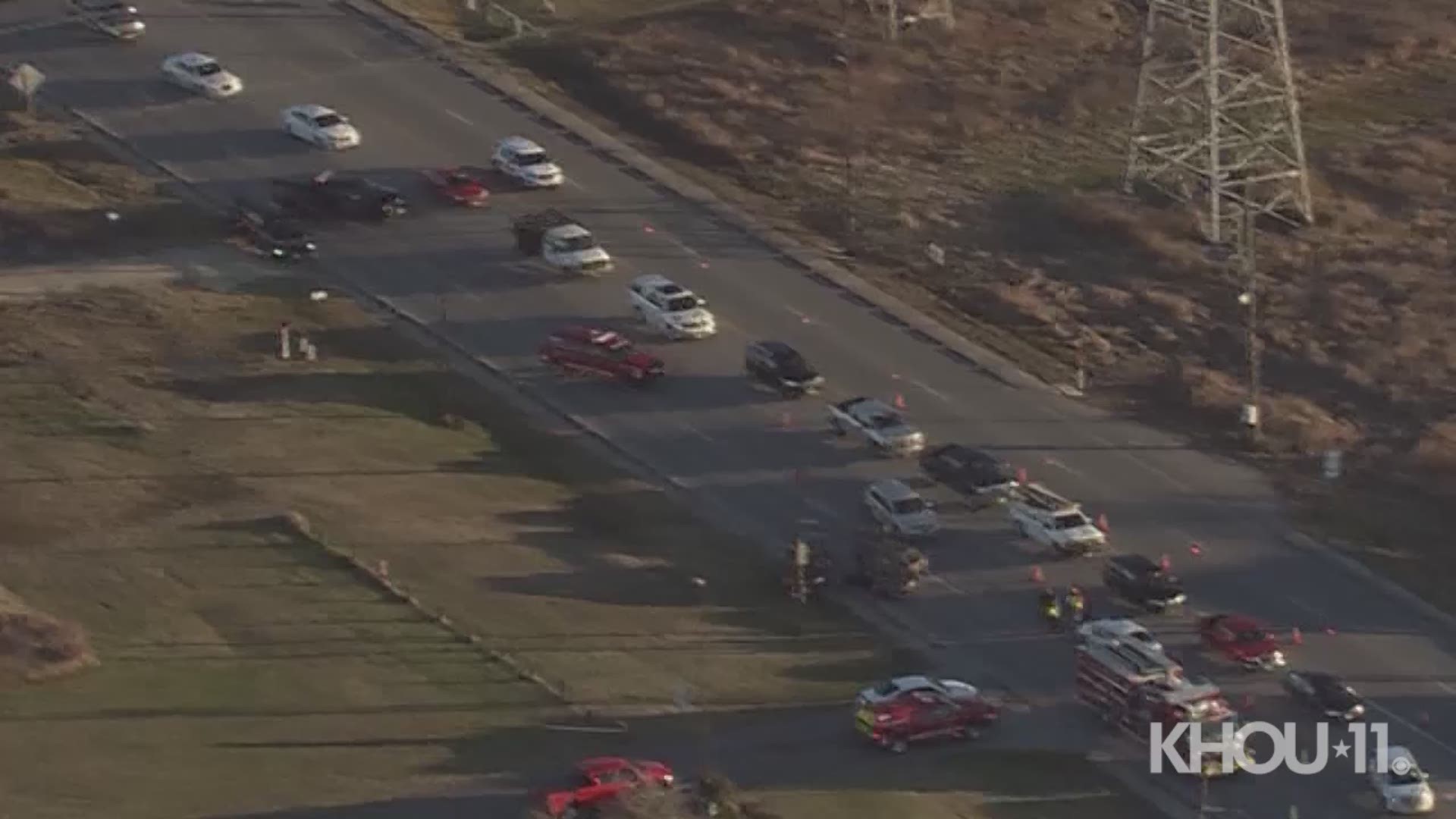 CROSBY, Texas — Life Flight took at least one person to the hospital after a serious crash in front of Crosby Middle School early Tuesday.

Views from Air 11 show a black sedan collided with a black minivan on FM 2100. The sedan flipped upside down along the side of the road.

The extent of the injuries involved is not yet known.

A spokesman for the school district says there’s no early word as to whether or not the wreck involved any students or staff.

As of 8 a.m. traffic was backed up about a half mile in each direction on FM 2100 at Krenek Road.