'Gone too soon' | 2nd child involved in deadly crash on North Freeway has died at the hospital, sheriff says

The 11-year-old and 13-year-old were both taken to the hospital via Life Flight after Tuesday's crash on I-45 at Hardy Toll. . 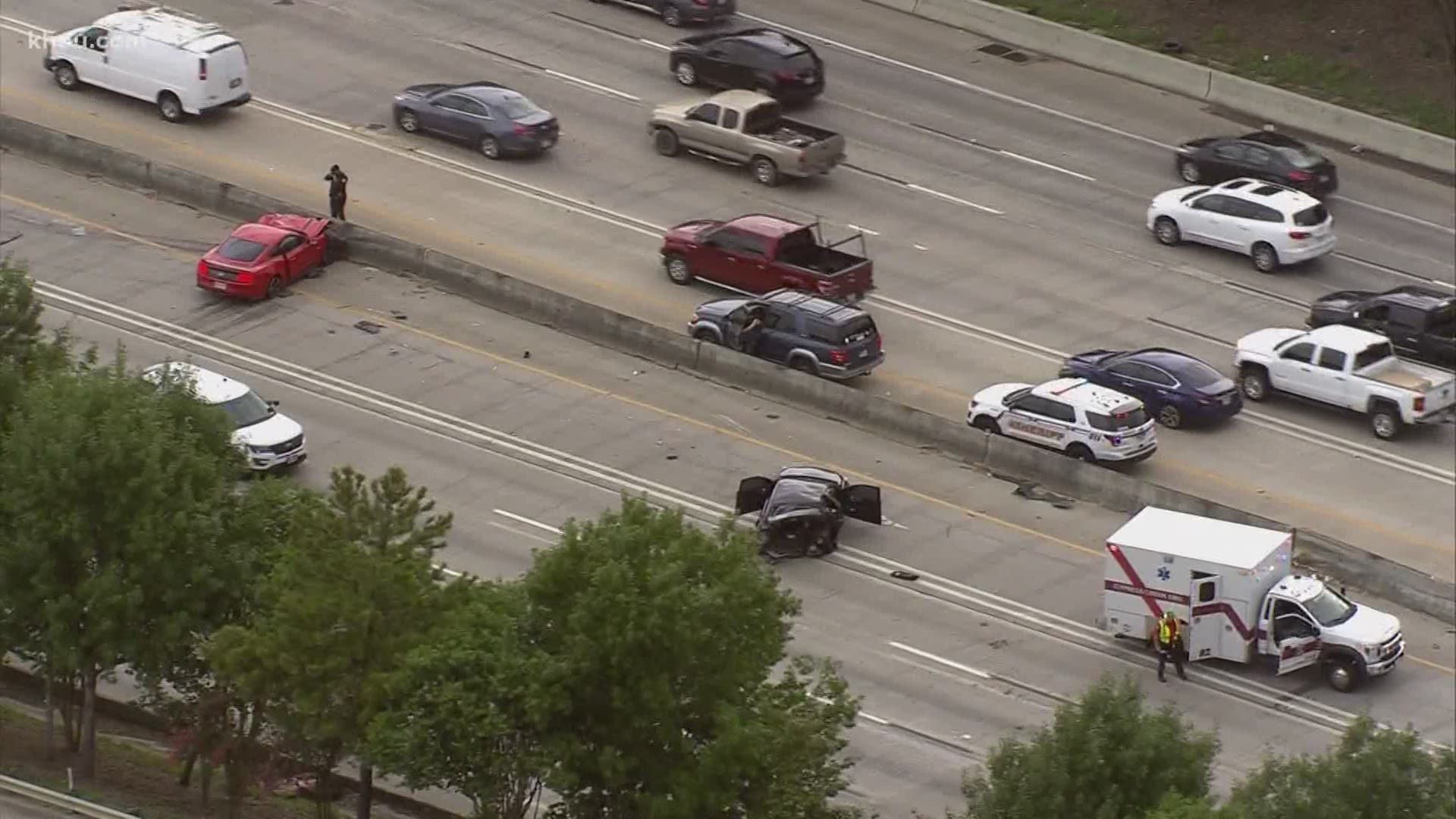 The 11-year-old old died while being treated at the hospital, the sheriff confirmed. A 13-year-old was killed and three others were injured in the crash.

Investigators said a black vehicle had stopped, or was beginning to stop, in a moving lane of traffic when it was struck from behind by a red Mustang.

The 13-year-old and an 11-year-old were taken by Life Flight to Memorial Hermann Hospital in the Medical Center where the teen was pronounced dead.

Officials said three adults were also transported to a hospital. There current condition has not been released.