The tire landed in the middle of the road and set off a chain-reaction accident that left a big mess and a bunch of damage. 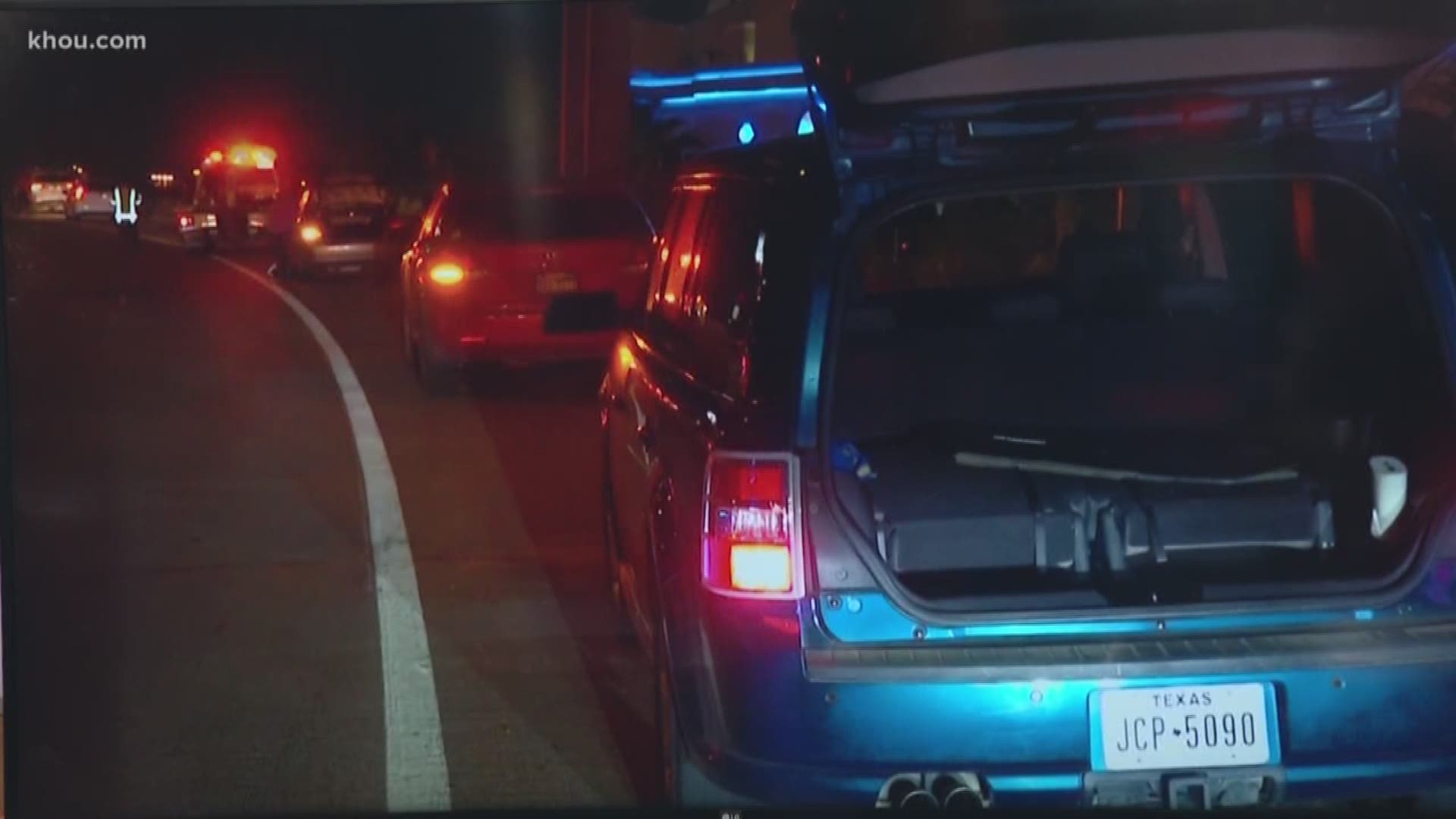 It happened when a tire flew off a Jeep lost and landed in the middle of I-45 near Memorial Drive. Drivers swerving to miss the tire ended up crashing into each other.

Other drivers didn't see the tire and ran over it, damaging their vehicles with flat tires, busted bumpers -- or worse.

“All of a sudden there was something in the middle of the road. I thought I hit something, like a person. It turned out to be a tire,” Harvey Cavallero said.

Another driver said she heard car after car slamming into the pileup and tires exploding.

“It was insane, within like three minutes, there were at least 20 cars on the side of the road, and it was insane,"  Ariana Ricciaardi said. "We were walking on the highway and you could hear, every three seconds, tires popping."

Fortunately, no one was hurt.

The crash scene was cleared before rush hour and I-45 is back to normal.