All lanes have reopened. 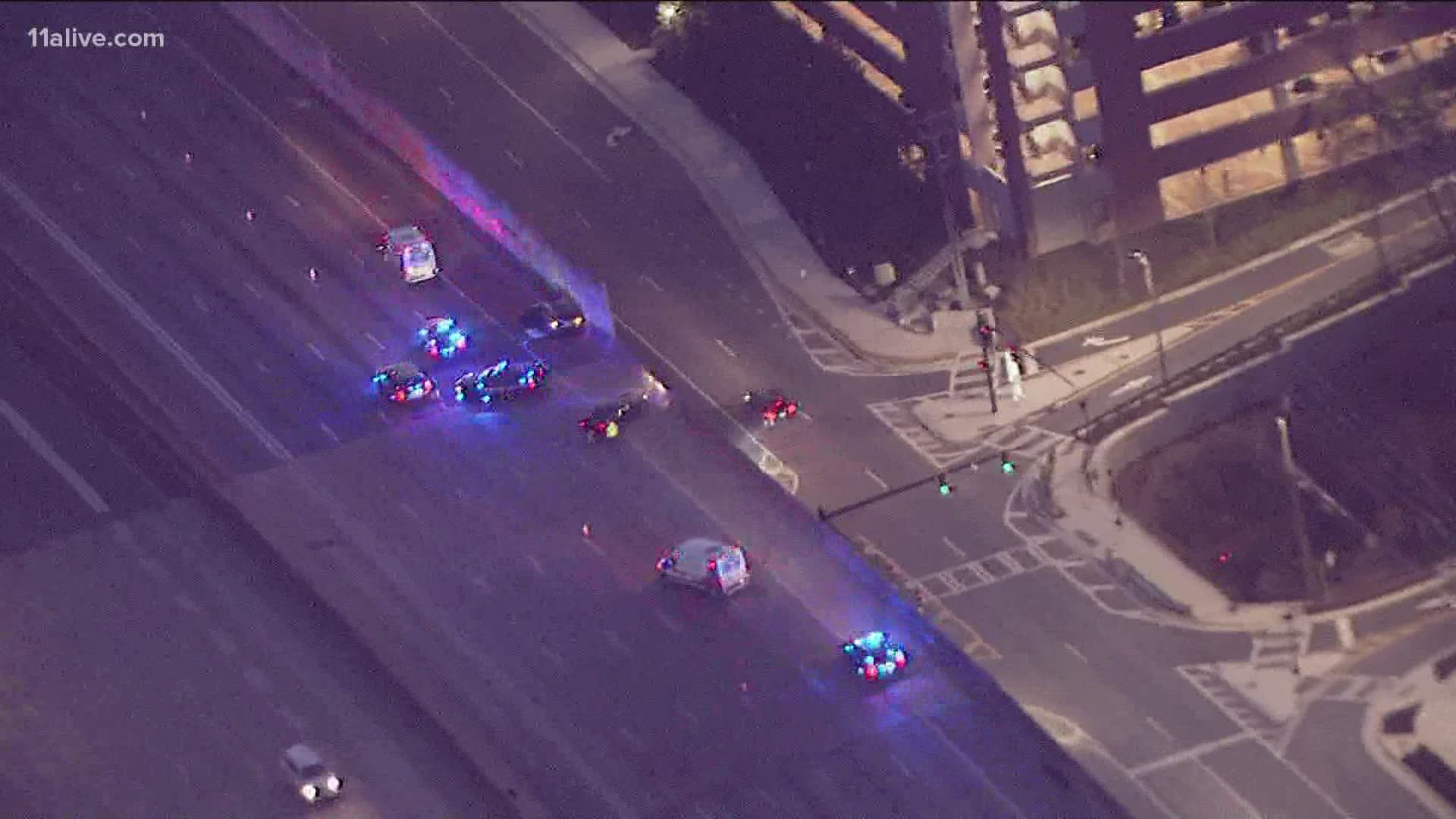 ATLANTA — UPDATE: Police tell 11Alive a man was found shot to death in his car on I-85 North, resulting in an extended closure of all lanes this morning just north of North Druid Hills Rd.

The victim was described as "a male in his 40s" and police said he "appeared to have been shot inside his vehicle, where he was alone."

All lanes have since reopened.

A crash and police investigation has I-85 North shut at North Druid Hills Rd., causing major backup on the interstate.

A DeKalb Police tweet this morning said: "All lanes of I-85 north just north of North Druid Hills are temporarily shut down as DKPD investigates an accident. Updates to come."

Traffic is being diverted onto North Druid Hills, police said.

RED ALERT 🚨 Traffic leaving midtown on I-85 NB is slammed due to the police investigation shutting down I-85 NB past North Druid Hills. Get to Buford Hwy as alternate. Even GA 400 jammed to Lenox as folks scramble to escape. @11AliveNews @11AliveTraffic #11Alive pic.twitter.com/EzVtQSVQfh

A Georgia Department of Transportation alert said: "There is an accident on I-85 Northbound past N Druid Hills Road in Dekalb County. All lanes are blocked.  Traffic is being diverted off at N Druid Hills Road exit. Emergency personnel are on scene. Motorists are urged to use an alternate route to avoid delays. For more information, please continue to check Georgia 511 or www.511ga.org."

Backup could be seen crawling around Cheshire Bridge Rd. in Atlanta.