The freeway has since fully reopened. 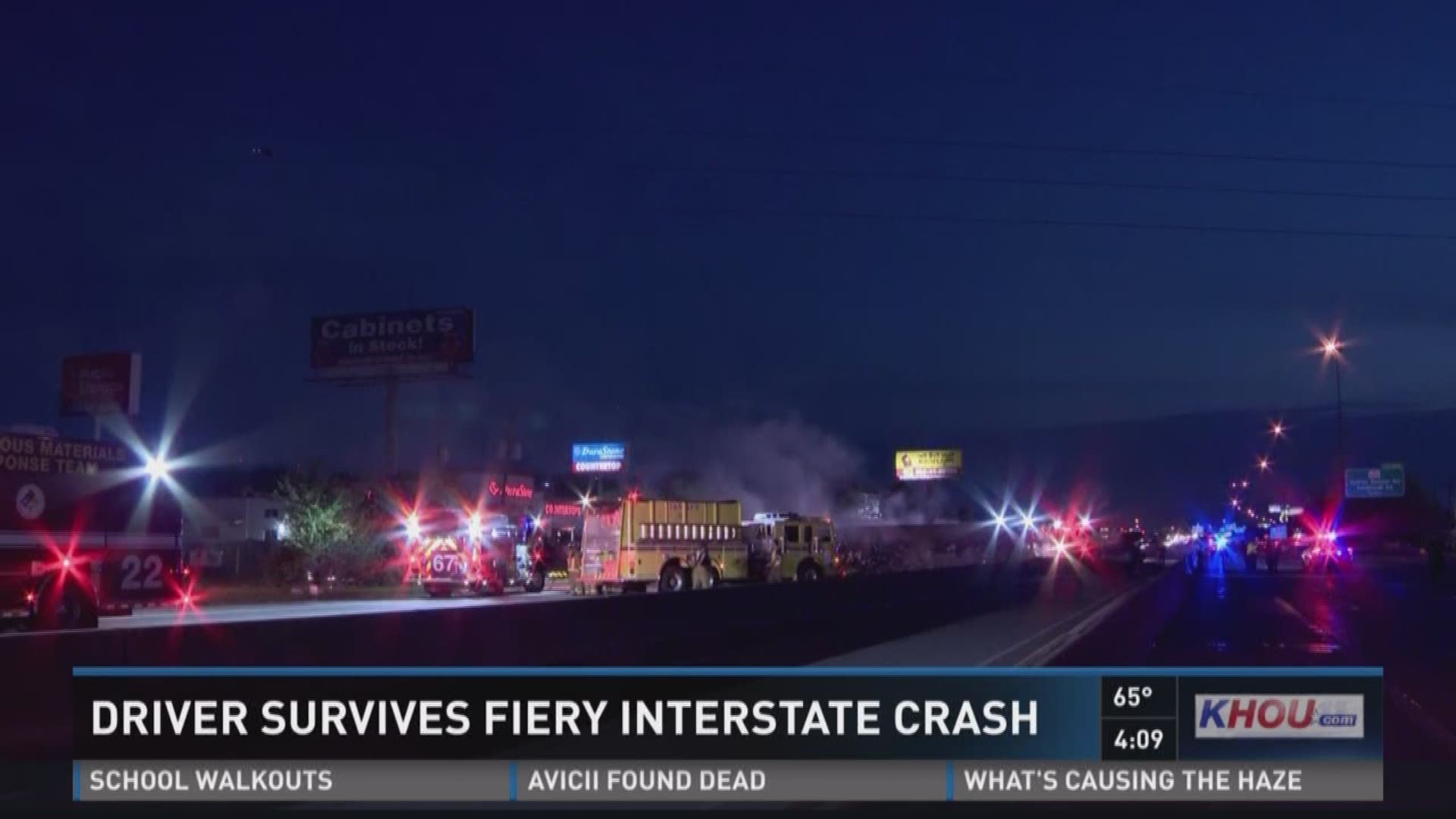 HOUSTON -- An 18-wheeler crash on the southbound lanes of Interstate 45 caused a massive fire with multiple traffic lanes shutting down.

The crash happened shortly after 5 a.m. Friday south of West Road. The freeway did not fully reopen until early afternoon.

UPDATE: Wow!! This is the semi that caught fire and exploded this morning @45N West Rd, after driver lost control avoiding accident up ahead. He avoided hitting 6 cars! Was flung halfway out of his window, @houstonpolice officer pulled him to safety. Look at that cabin! #khou11 pic.twitter.com/AbGaUEhX43

#KHOUtraffic: Large big rig fire is out, but I-45 N remains closed in both directions near West Rd. Take the Hardy or use BW8 https://t.co/VHSeog4gER #KHOU11 pic.twitter.com/CC0uXhZ81w

Police say several vehicles were involved in a crash initiated by a pickup truck's blown tire. A suspected drunken driver then crashed into the first five vehicles involved.

The big rig driver was behind the pileup, and the driver swerved to avoid the crash but then flipped, and his rig burst into flames. The truck's owners say the vehicle was carrying a load of trash.

The 18-wheeler driver was able to escape and no fatalities or critical injuries have been reported from the crash.

This is Raul, the semi driver that @houstonpolice managed to pull out just in time, moments before his semi exploded into massive fire, @45 N SB! He avoided crashing into an accident involving 6 cars in front, he rolled over trying to avoid. Miracle, no one was killed! #khou11 pic.twitter.com/J23MdijVz2