Investigators say a pickup driver swerved when he saw the woman and that led to a crash involving a Montgomery County deputy and 2 other vehicles. 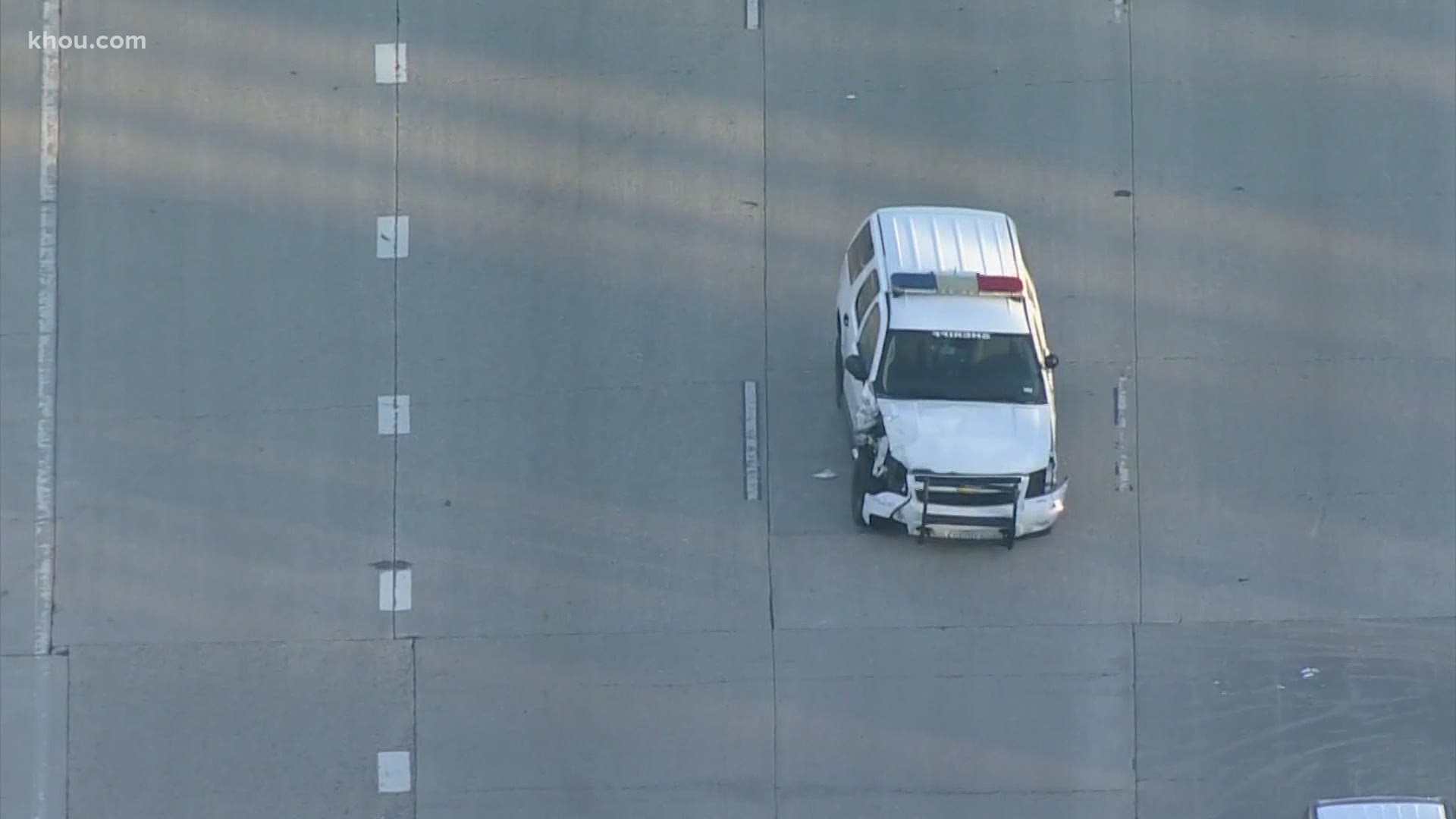 CONROE, Texas — The 4-vehicle crash that shut down I-45 in Conroe early Monday started when a  truck swerved to avoid hitting a woman walking on the freeway.

Another truck traveling behind the first one, then struck and killed the woman.

Conroe police say the victim, identified as 26-year-old Amy Ambercrombie, was dressed in all black and walking in a main lane when she was hit.

A Montgomery County deputy wasn't able to stop in time and crashed into the first two vehicles. The impact caused a tire on his MCSO Tahoe flew off and struck a fourth vehicle.

It happened around 5:40 a.m. near South Loop 336 and Cartwright Road in Montgomery County.

Views from Air 11 show damage to a deputy's vehicle and another truck.

I-45 was closed for more than three hours during morning rush hour. It reopened just before 9 a.m.

Conroe police say 25 minutes before the accident they got a call about a woman walking in front of cars near the HCA Houston Healthcare ER area about six miles away. They say she matched the description of Abercrombie.