The victim, who is said to be in his 60s, was taken to the hospital. 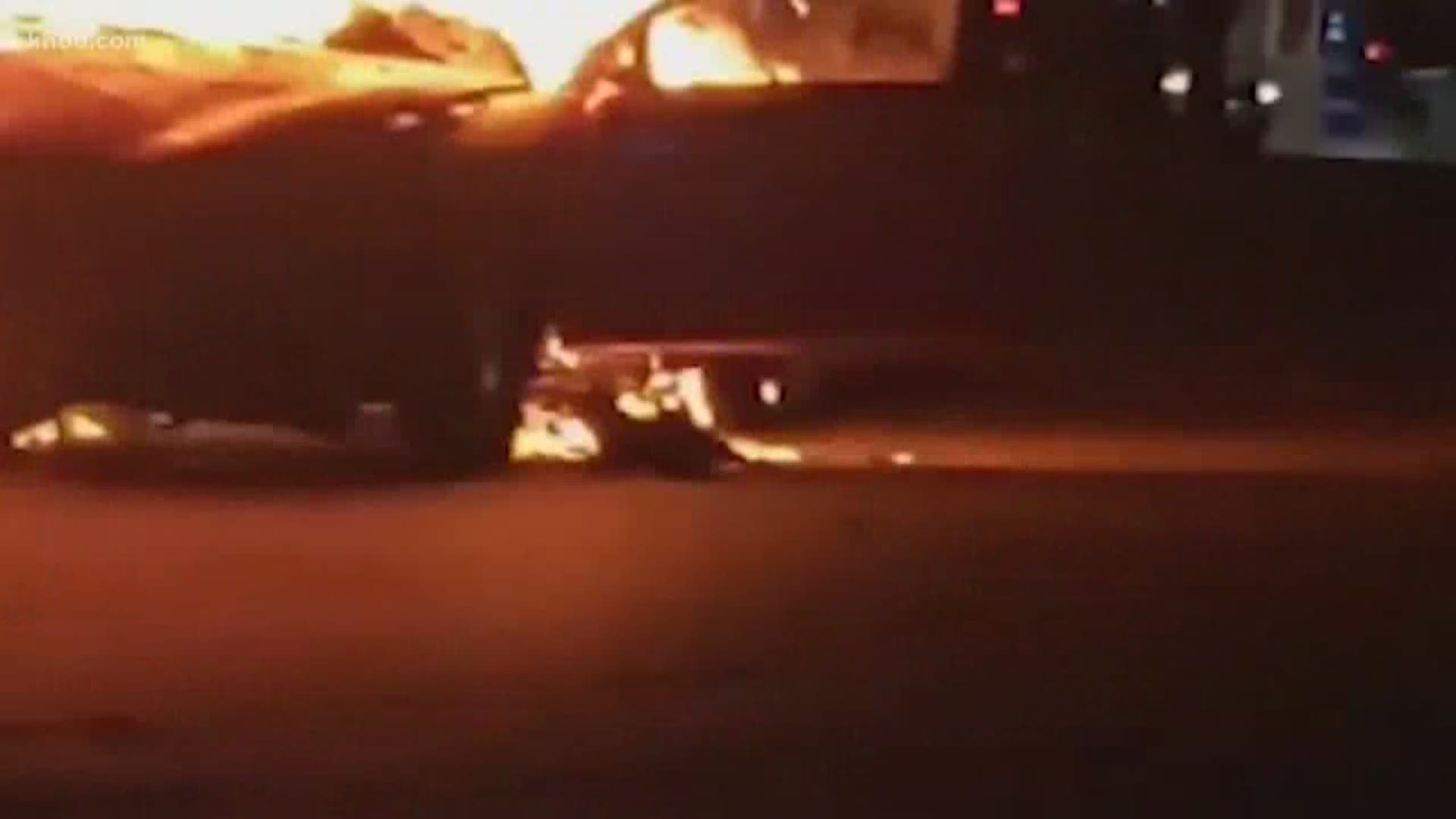 HARRIS COUNTY, Texas — Two good Samaritans are credited with helping save the life of a man who was caught in a burning car overnight.

The fire was the result of a crash that happened at about 10:25 p.m. Tuesday along Highway 249 near Antoine.

The victim’s car caught fire in the middle of the intersection, so two passersby jumped out and help pull the man to safety.

The victim, who is said to be in his 60s, was taken to the hospital with non-life-threatening injuries.

Fortunately, those two good Samaritans were in the area heard and saw the crash.

Without thinking twice, the men say they ran towards the burning car, got the driver out and stayed with him until help arrived.

The two men were very humble about it all,

"I’m just trying to help, not out here looking to help like that, but if it comes, I’m going to do what needs to be done. Same thing I want done for me. He's an elderly man. If that was my father or grandfather, I would want the same thing done for him," Dezmond Gregory, one of the good Samaritans, said.

The other good Samaritan, who is also a pastor, echoed his sentiments.

"I’m just thankful I was at the right place and the right time to help somebody,” Curtis Brown said.

Now one of those men suffered some minor burns himself. Deputies on scene applauded their actions saying, "they're proud of them."

Deputies said there were no other vehicles involved in the crash. It appeared the man struck a utility pole after leaving the roadway. It’s not clear what caused the crash.