HFD: Man rescued from high water didn't want to leave his belongings behind

Firefighters have rescued a man who was stuck in high water along Brays Bayou. 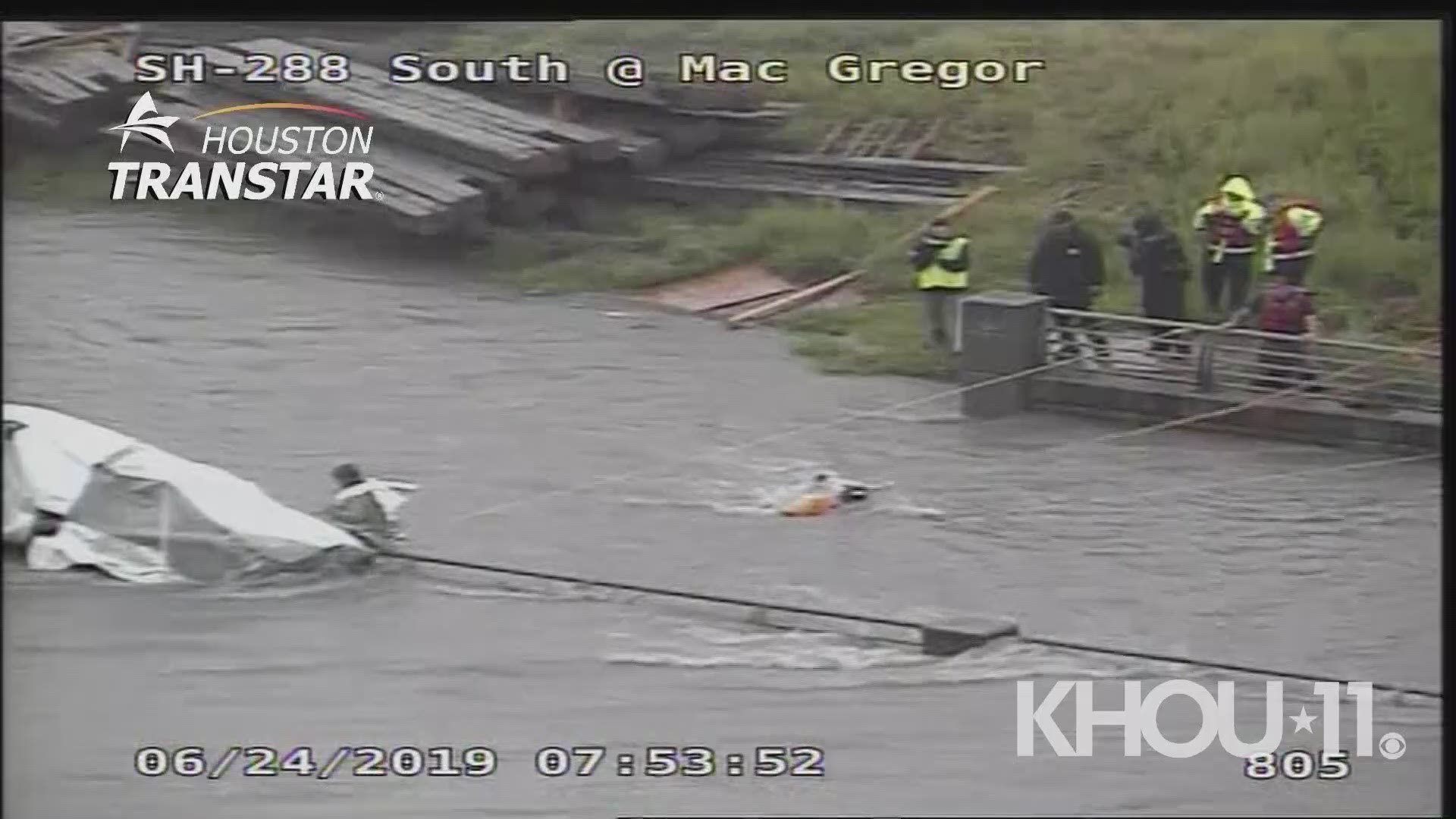 Firefighters responded to the bayou's hike and bike trail along MacGregor east of Highway 288 around 7:25 a.m.

The man who was rescued, Terry Hill, later told KHOU 11 News that he lives under the MacGregor Way bridge and was holding onto an embankment railing to avoid losing his belongings.

“He wouldn’t follow our commands,” said HFD District Chief, James Watson. “We put life over property, and he wouldn’t do it.”

Hill refused to take the rescue lines, forcing two rescue swimmers to jump into the Bayou.

Houston TranStar video showed that he appeared to have a tent and his other belongings tied to the rail.

“One rescuer tried to convince him to put his harness on and get him out of the water,” said Watson. “He wouldn’t do that, so a second rescuer had to get in the water and was able to secure him and the guys in the back were able to get him on in.”

After the 30-minute rescue, Hill said he was OK and was able to walk away. His belongings were untied from the rail and floated away.