After this weekend, the bridge will reopen with reduced lanes in a contraflow format. 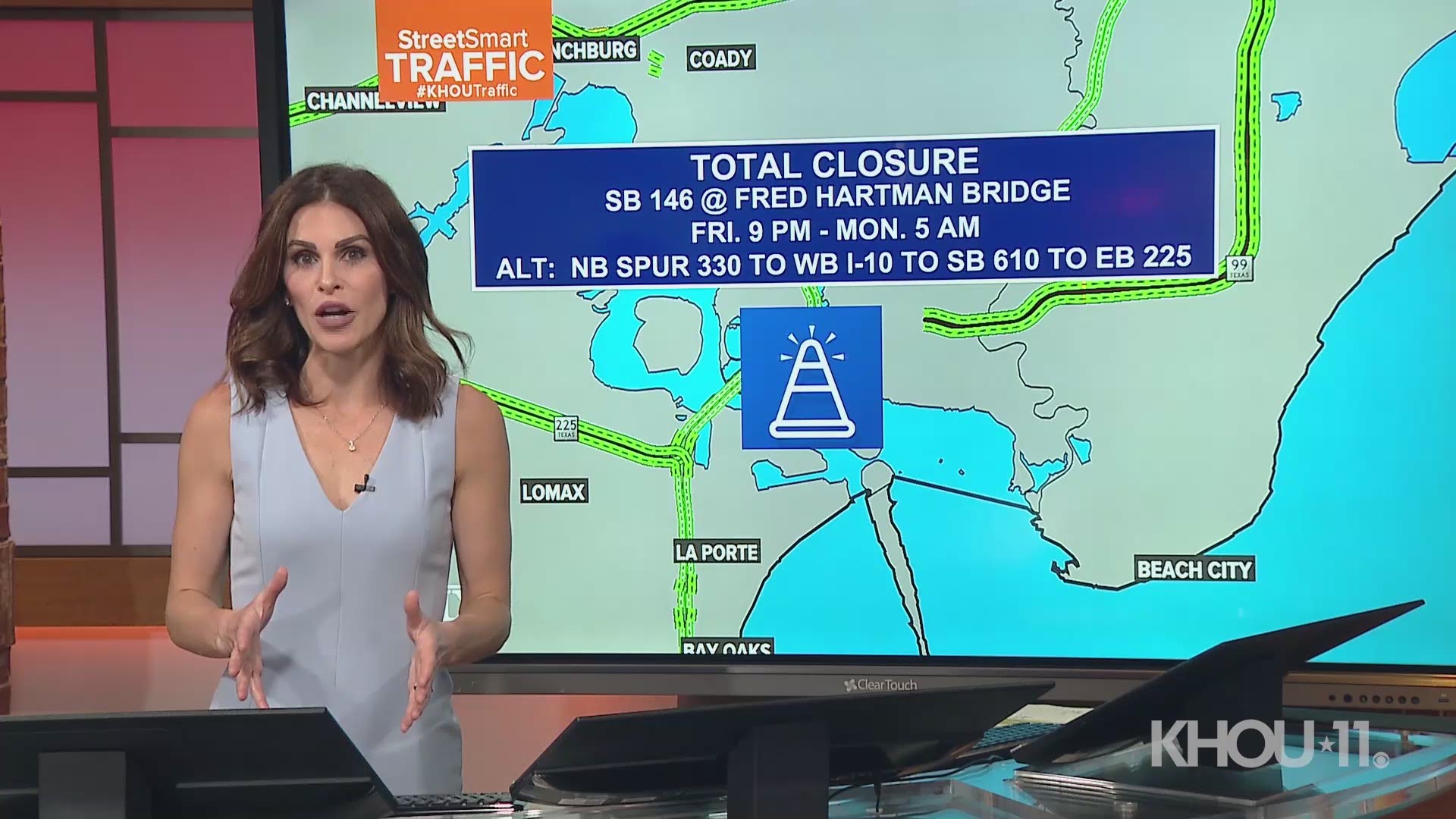 TxDOT says it is part of a process to make repairs to the Fred Hartman Bridge.

"During a routine inspection last year, crews found some fractures along the joint and immediately repaired the joint with steel plates and later asphalt. The $2.5 million emergency contract was approved to replace the modular joint. It took about six months to design and fabricate."

Closures started a couple weeks ago to prepare for contraflow activity to allow for two southbound and two northbound travel lanes on the northbound bridge.

It is recommended that motorists seek an alternate route during the time of these closures.

Contraflow will last about two months

On July 26 at 5 a.m. traffic will open to a reduced contraflow pattern and remain for the duration of the project, about two months.