The crash happened at about 6 a.m., according to Houston TranStar. 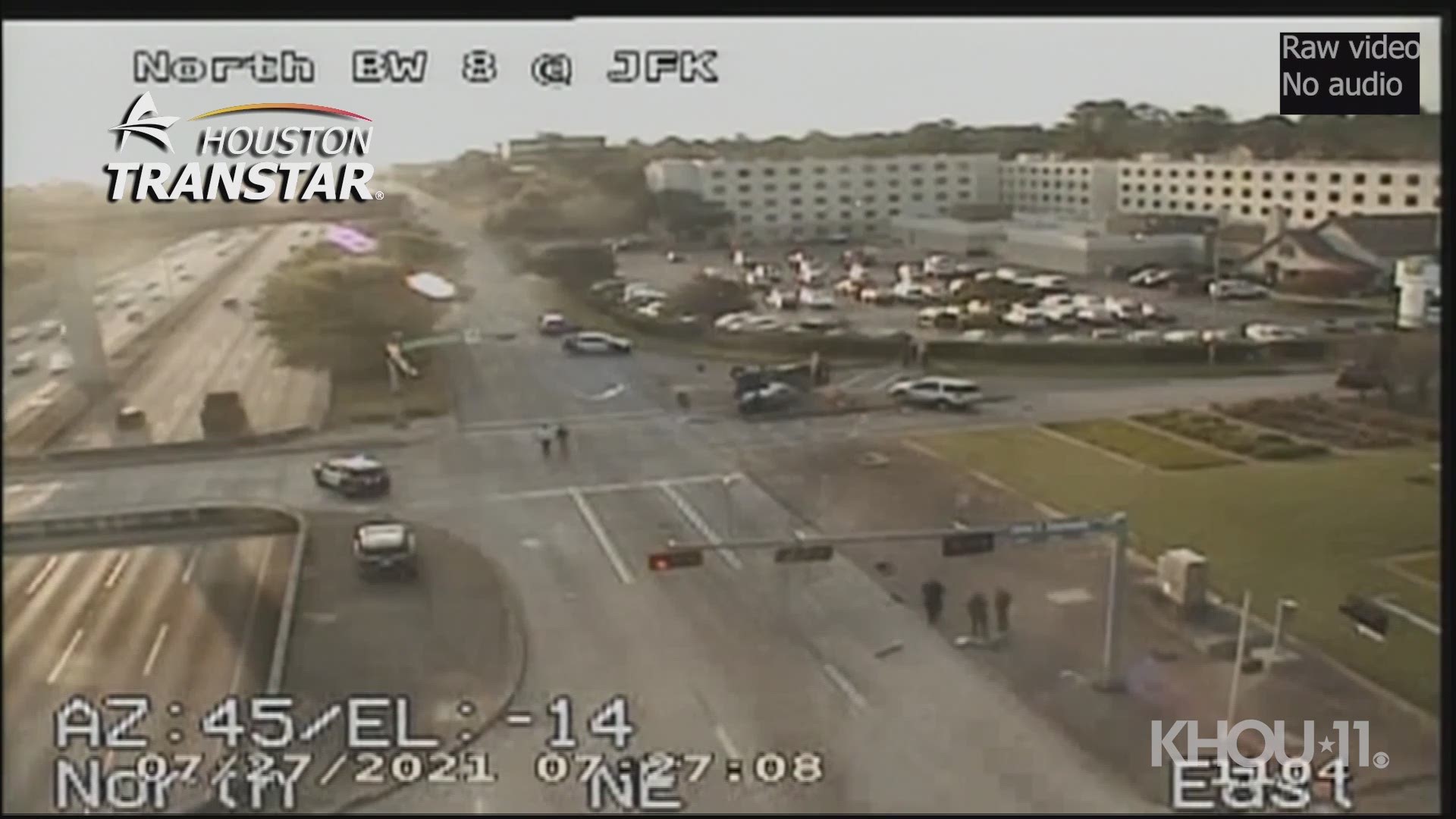 Note: the video in this story is a raw clip from Houston TranStar

Houston TranStar reported two vehicles were involved. One appeared to be upside down just off the roadway.

Further details about the crash itself were not immediately available.