Family mourns man killed by flying tire on I-45

A tire flew off a pickup truck and went into oncoming traffic, killing a driver on I-45 in downtown Houston early Tuesday. 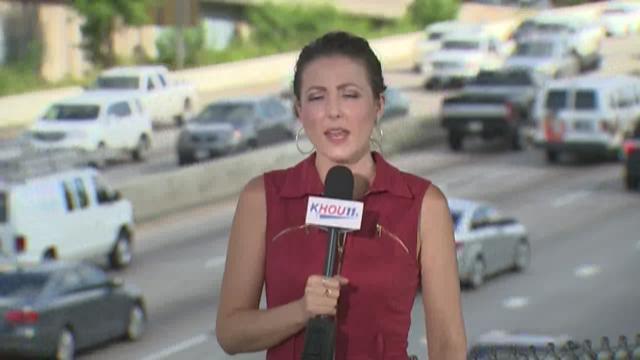 A Houston family is devastated after their loved one was killed in a freak accident Tuesday morning on the I-45/Pierce Elevated.

Abdias Leyva, 36, was on his way home after dropping his father off at work. Just before 6 a.m., a wheel fell off a southbound Ford F-150, headed south, bounced into northbound lanes and crashed right through the driver side of Leyva’s SUV. He died instantly.

“He was a good kid. He was a hard worker,” said Zefferino Salgado, Leyva’s father. “He helped me pay the rent, helped me with everything I needed. He worked also.”

1 / 10
<p>A driver was killed when his or her SUV was struck by a tire that flew from another vehicle in the opposing lanes of traffic on the Pierce Elevated/I-45 in downtown Houston.</p>

Salgado said he kept getting calls at work because his son never returned home.

“Then I found out there was an accident and he had died."

Rather than look for someone to blame, Salgado says, he accepts that this was an accident in the purest sense.

“He might never have saw it coming,” said HPD Capt. William McPherson.

“It usually happens in a major metropolitan area where you have heavy traffic, vehicles are traveling at a rapid rate of speed and you have something falling off of a vehicle or falling out of the back of a vehicle,” says Mark Hanna with the Insurance Council of Texas.

However, only roughly 500 of those are deadly.

“When anything is picked up and actually comes into that windshield area, it’s like a projectile,” McPherson says. “It’s very much like a large bullet.”

In this instance, the wheel acted more like a knife than a bullet. It sliced straight through the SUV’s windshield and roof.

As for the F-150’s driver, police say he drove for about 500 yards before realizing what had happened. He stopped and cooperated with officers, who don’t plan on filing any charges. They say it appears metal fatigue is to blame, something about which the driver was likely unaware.