TxDOT crews had to clear the crash site and repair the barrier and the pavement before it could reopen. 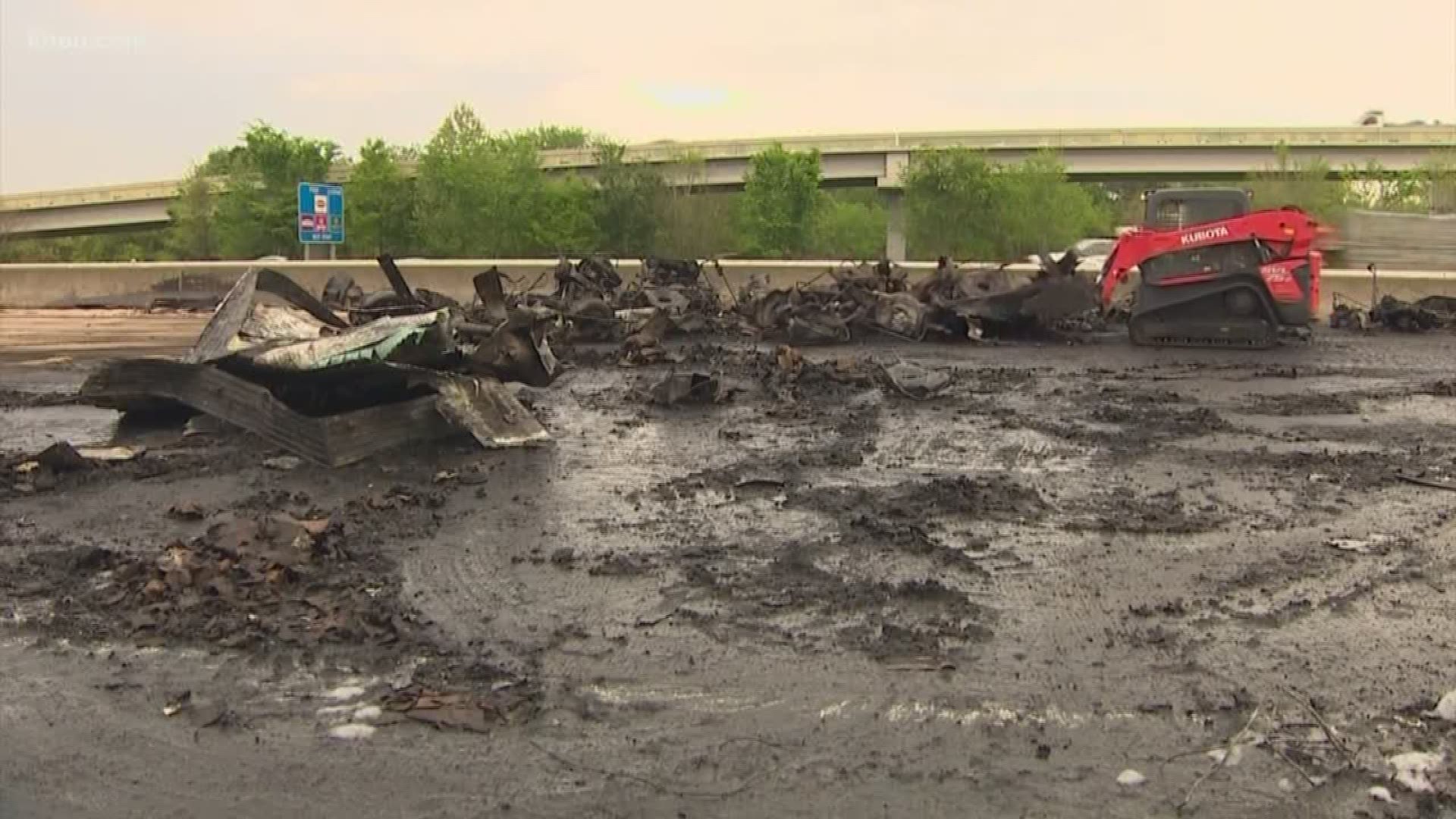 HUMBLE, Texas — The Eastex Freeway is finally reopening more than 14 hours after a deadly big rig crash shut down the southbound/inbound lanes in Humble early Friday.

Traffic was backed up for miles after dozens of drivers got stuck in the gridlock. Some said they ran out of gas.

TxDOT crews had to clear the crash site of debris and oil and repair the barrier and pavement before they could reopen the freeway.

Humble Police tell KHOU 11 News it appears the truck driver slammed into the roadside barrier near the FM 1960 exit around 12:45 a.m.. He didn't survive.

At first the fire crews could not find the driver, but sadly located him about an hour later after the fire was put out.

"It was just him hitting the guardrail and he ended up sliding, and him sliding ended up him sparking and he blew up," Shyanne Castle said. "And he didn’t make it out, I went back to check." 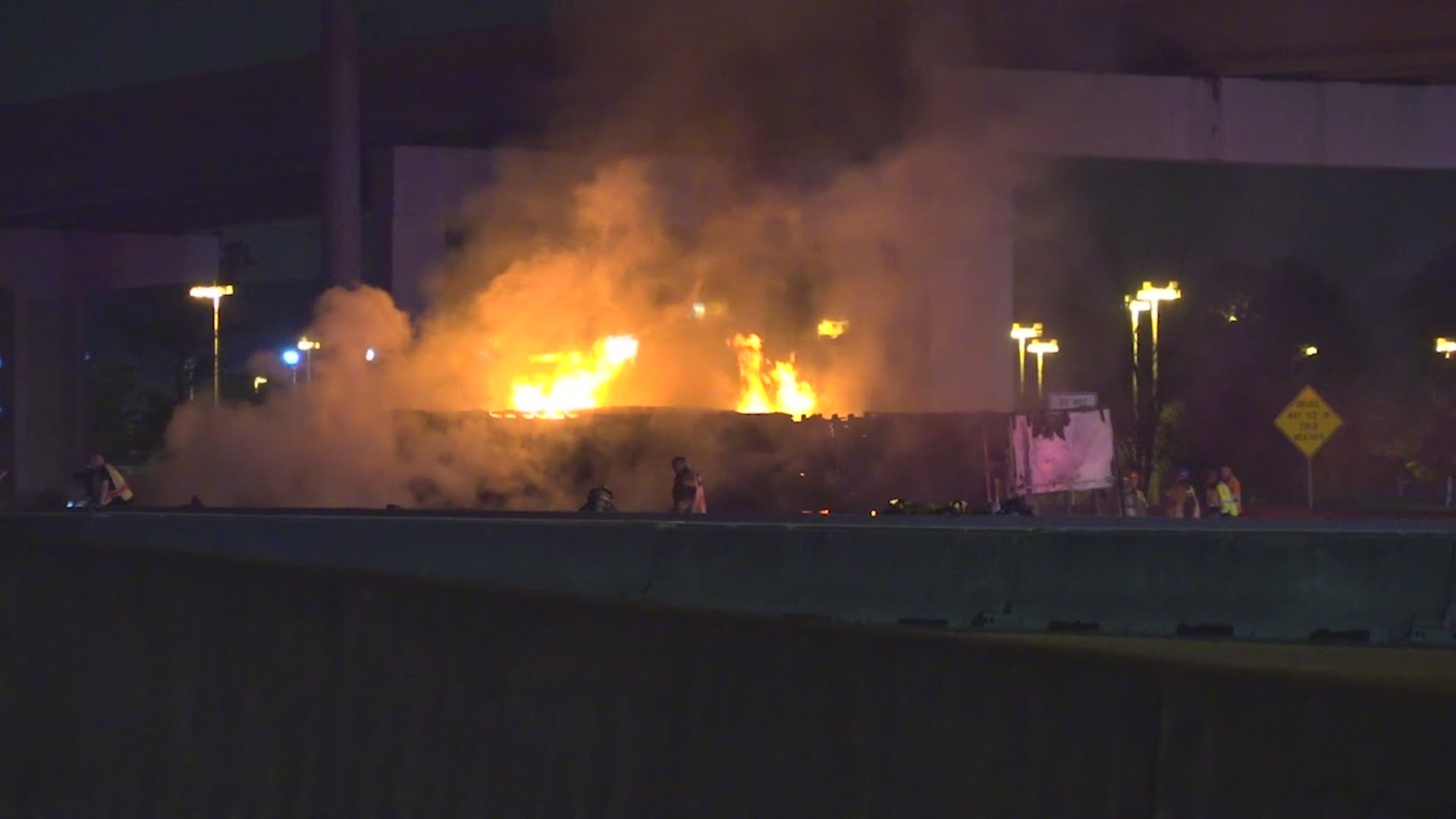 From Houston Transtar cameras in the area, the fire and smoke from the burning 18-wheeler was easy to spot.

Witnesses say they saw an explosion when the big rig flipped.

The truck was carrying lawn mowers. 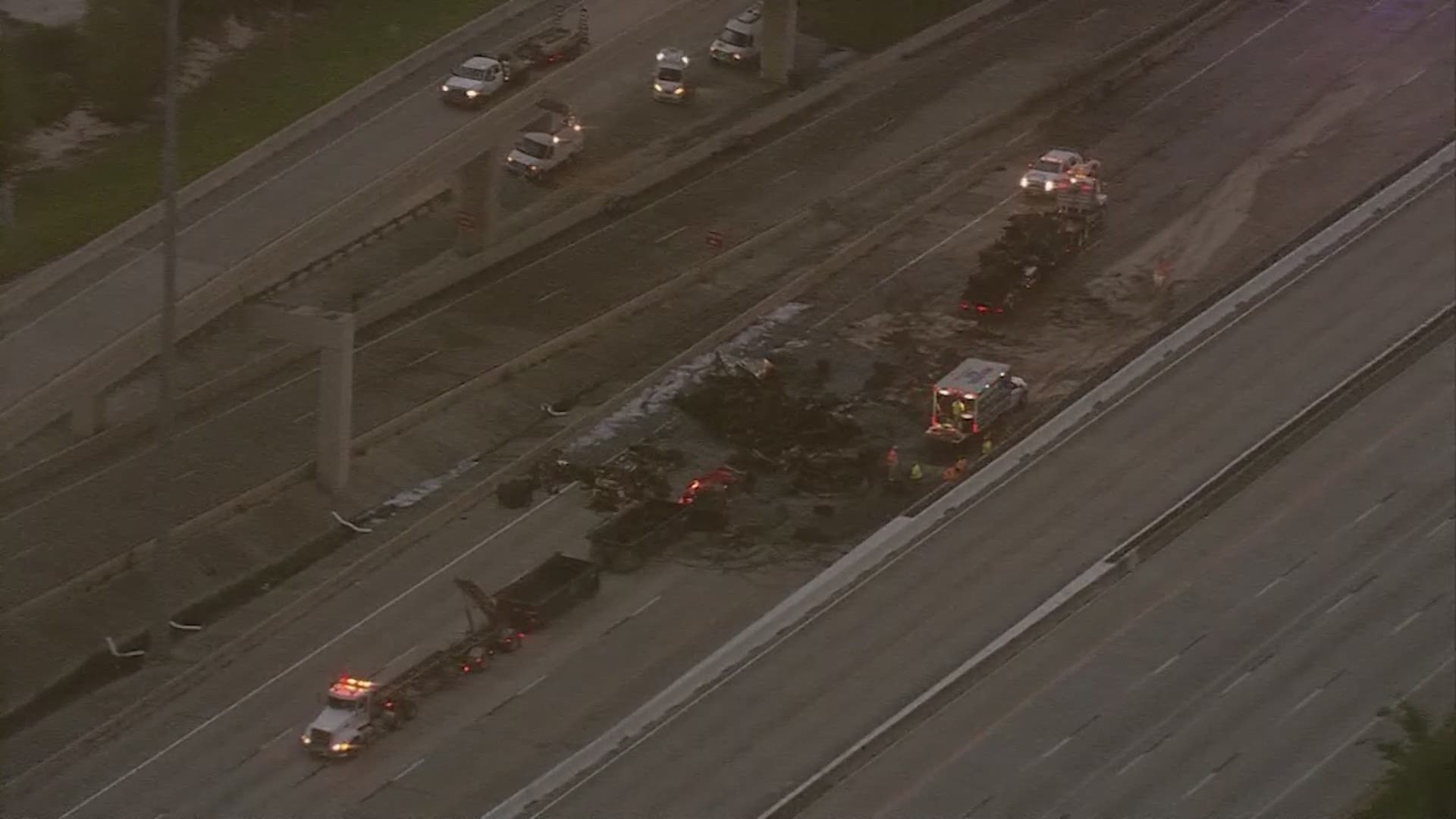 A second accident involving five cars happened the northbound lanes from people slowing down to see the fire.