I-10 in downtown Houston reopens after weekend construction

The closure of I-10 began Friday at 9 p.m. All lanes were initially scheduled to reopen Monday at 5 a.m. 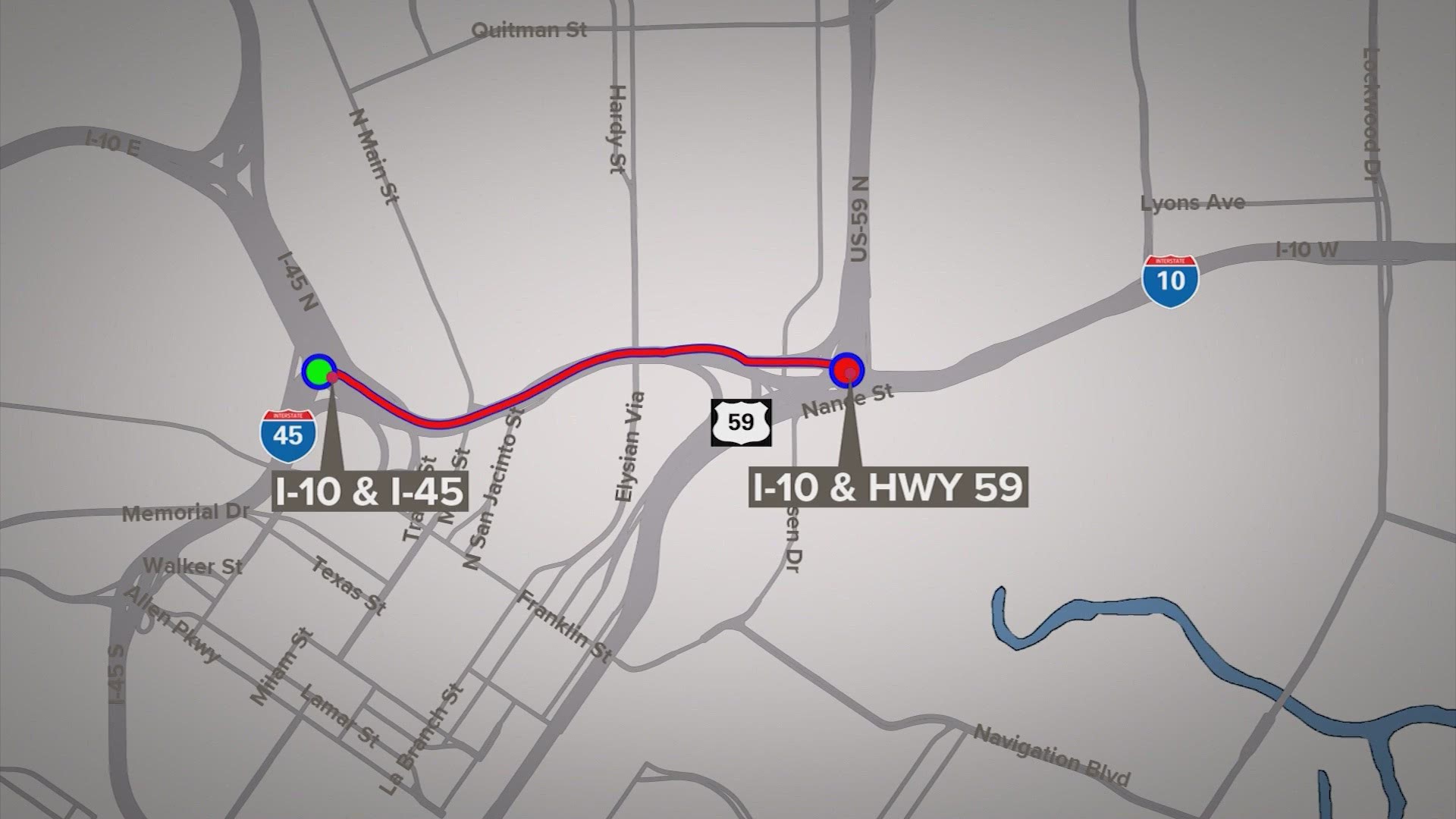 HOUSTON — I-10 near downtown Houston has reopened in both directions between I-45 and I-69 after construction this weekend on the Elysian Viaduct Bridge.

The closure of I-10 began Friday at 9 p.m. All lanes were initially scheduled to reopen Monday at 5 a.m.

Good news! I-10 eastbound and westbound between I-45 and I-69 all mainlanes now open. Work on the Elysian Viaduct has been completed for the weekend. #hounews pic.twitter.com/zsdWlV6bTm

Detours around the construction

If you are traveling eastbound on I-10 then you will be detoured to I-45 southbound then I-69 northbound then back to the East Freeway.

If you are traveling westbound on I-10 then you will be detoured to I-69 southbound then to I-45 northbound then led back to the East Freeway.

This weekend I-10 between I-45 and I-69 in @DowntownHouston will be closed starting Friday, Jan. 22 at 9pm until Monday, Jan. 25 at 5am to complete work on the Elysian Viaduct over I-10. For more information go to https://t.co/l3YhyP5gwu. pic.twitter.com/W0mznLg6z1

Police will be in the area to assist with traffic control related to all these closures.

The Texas Department of Public Safety is strongly advising travelers to find an alternate route.

It's likely we will be getting scattered showers for the next several days. Our meteorologists say no day will be a washout, but the weather could delay these construction plans.

What is the Elysian Viaduct Bridge project

The Elysian Viaduct Bridge project includes replacing and widening the bridge structure to accommodate paved shoulders and increase the structural integrity to current design standards. The project also calls for the adding of shoulders to the four-lane roadway and a wider sidewalk along the northbound lanes between Runnels and Ruiz streets. The project is anticipated to be completed by early Spring 2021.

For more closures around the Houston area, click here.