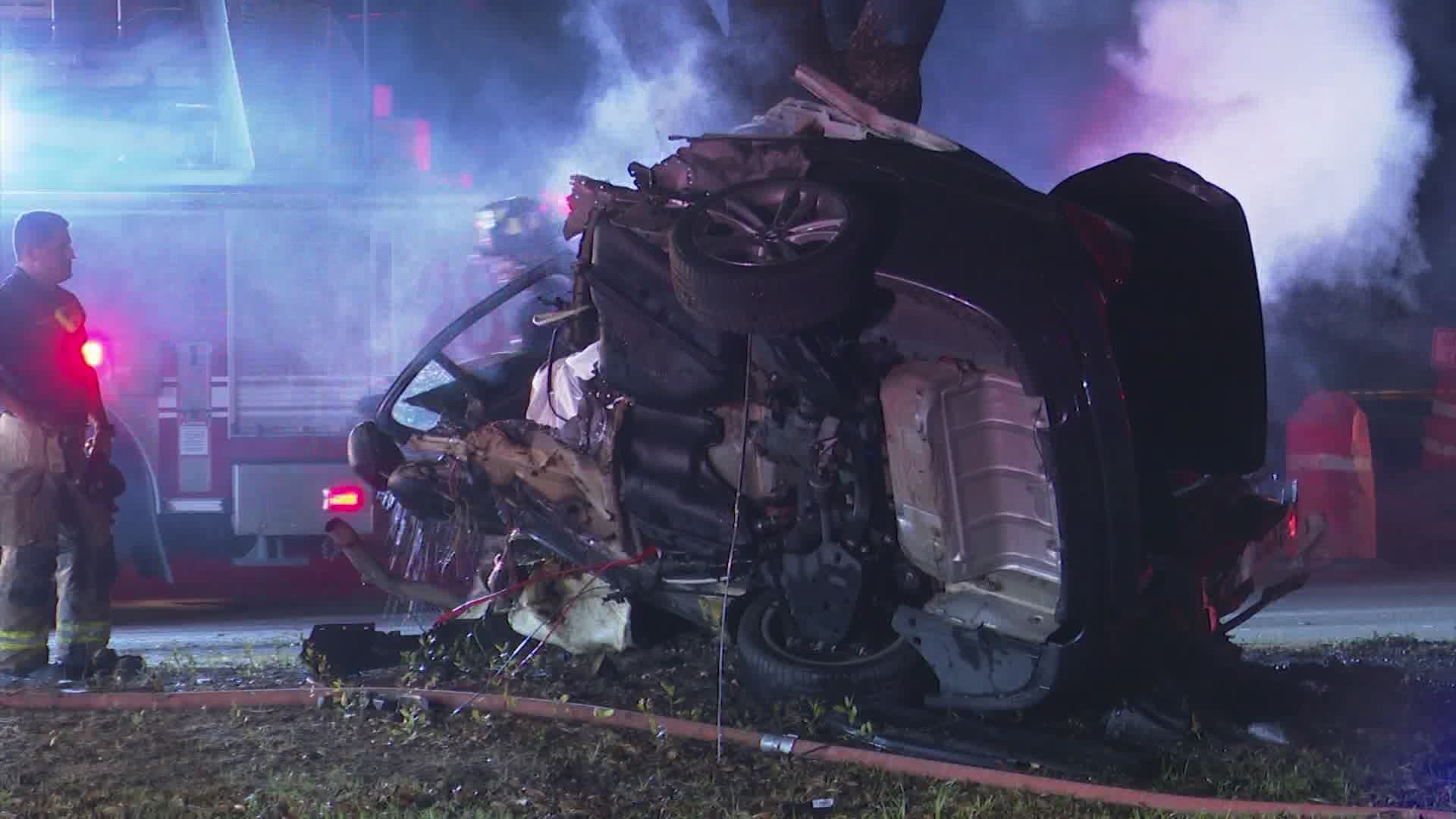 HOUSTON — A fiery crash in southwest Houston shut down Richmond Avenue on Wednesday morning, and police believe street racing may have been involved.

The crash happened after 2 a.m. on Richmond near Freshmeadows, according to Sgt. Uribe with the Houston Police Department.

Uribe said a BMW 335i was speeding westbound when the driver reportedly ran a red light and then lost control, hitting a tree. The impact was so intense, the BMW split in two and then caught fire. The driver died at the scene.

A witness told police they saw the BMW racing another vehicle, possibly a black Dodge Charger or Challenger, shortly before the crash. The Dodge did not stop after the crash.

KHOU 11's Michelle Choi reported that as of 5:45 a.m. the area was still blocked off and being treated as a crime scene, and Richmond was closed in both directions just west of Hillcroft.

The BMW driver’s name was not immediately released.

Sgt. Uribe said the Dodge driver should turn themselves in before police track them down. Investigators believe there are high quality surveillance cameras in the area, and they may be able to track down the other vehicle involved.

The deadly wreck comes as deputies and police continue to crack down on illegal street racing across the city of Houston and the rest of Harris County.

Anyone with information in this case or on the identity of the driver of the Dodge Charger is urged to contact the HPD Vehicular Crimes Division at 713-247-4072 or Houston Crime Stoppers at 713-222-TIPS.