There's a bizarre twist in the crash that shut down the Grand Parkway for several hours Wednesday. 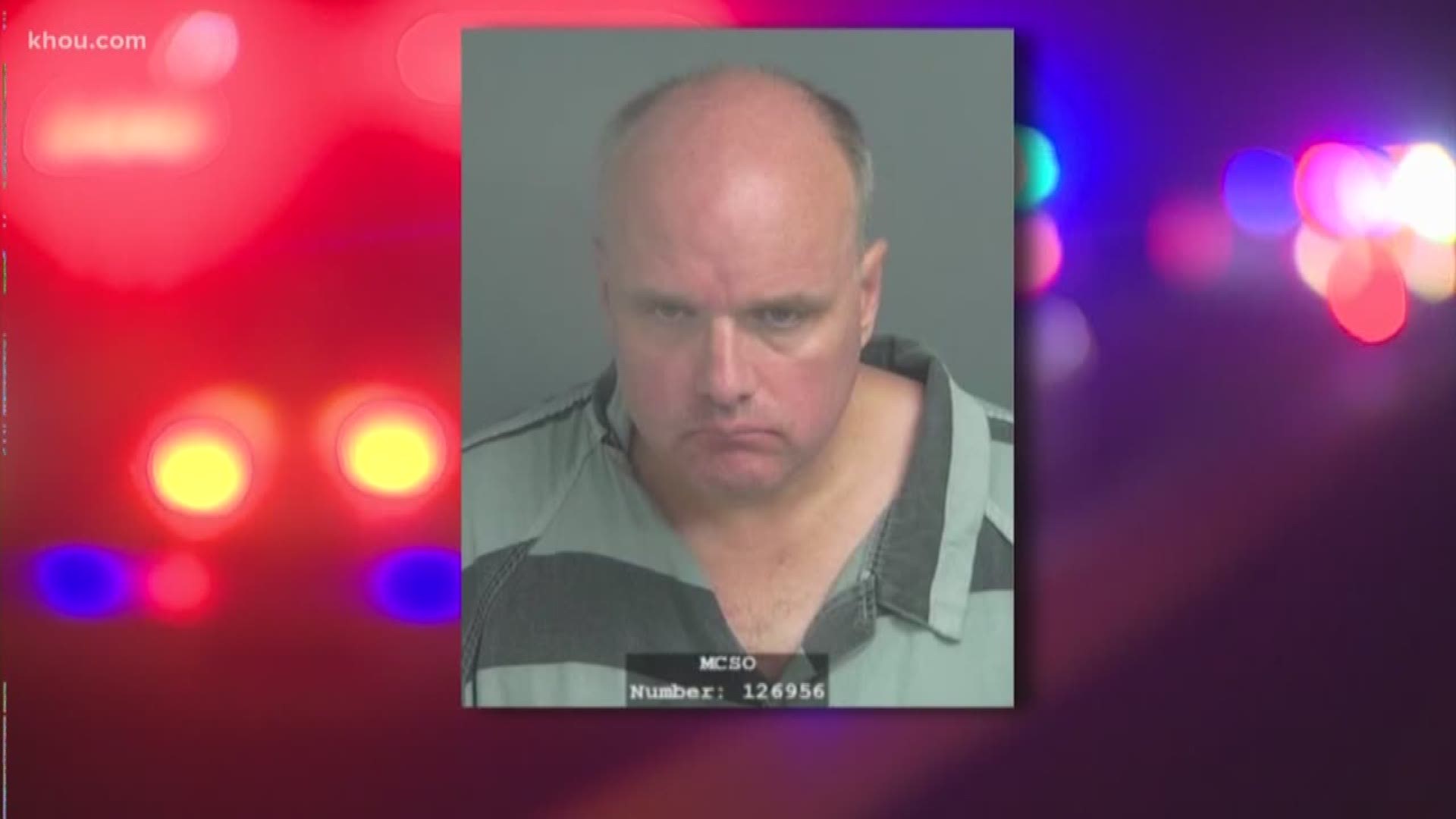 HOUSTON — The pickup driver blamed for Wednesday's seven-vehicle crash on the Grand Parkway was accused of a strange -- and frightening -- crime in Montgomery County in 2017.

Deputies say Charles Glaze, 54, caused the Grand Parkway crash when his pickup flew across the median at a high rate of speed and slammed into oncoming vehicles near FM 2920. Two people were killed and five were rushed to the hospital.

According to sources inside the Harris County District Attorney’s Vehicular Crimes Unit, they’re looking into three possible factors that caused the crash: speed, distracted driving and intoxication. Investigators are currently awaiting the results of a blood test.

Glaze was wearing an ankle monitor with GPS tracking when he crashed, according to sources in the Harris County Sheriff's Office. That's because he was charged with aggravated kidnapping and aggravated assault in June 2017 after he allegedly tried to abduct a woman from a cemetery.

That woman was visiting a her son's grave at the Klein Memorial Park Cemetery north of Tomball when Glaze approached her, according to the Montgomery County Sheriff's Office.

Two people were killed and five others injured in a 7-vehicle crash that has main lanes shut down on the Grand Parkway near FM 2920.

Deputies say Glaze Tased her and pointed a gun at her before she was tied up and gagged.

“The victim continued to fight and wasn’t going willingly. The suspect had to carry the victim a long way from the scene and became fatigued with her fighting. We believe he just gave up,” MCSO Lt. Scott Spencer said after Glaze was arrested in June of 2017.

The victim told deputies she was able to fight him off and run through the cemetery to a nearby Magnolia Fire Station for help.

A second woman reported a similar incident at the same cemetery in May 2017.

Glaze is still awaiting trial on the 2017 case. The Montgomery County DA says he was ordered to wear an ankle monitor after posting bail.

Investigators are still trying to figure out what caused Glaze to crash Wednesday and, so far, no charges have been filed.

Deputy Aric Albers with the Harris County Sheriff's Office said during a press conference Wednesday evening the scene was one of the worst accident scenes he has ever worked.

One of the victims killed has been identified as 78-year-old Michael Brown. An unidentified mother of two was also killed.

Albers said Glaze did not appear to be intoxicated and had no medical restrictions on his driver's license.

Sources in the District Attorney's Vehicular Crimes Unit say he was was alert and talking after the accident.

Albers said once the investigation is complete, the case will be sent to the District Attorney's Office and a grand jury will decide if any charges will be filed.

The crash shut down both sides of the Grand Parkway for several hours.