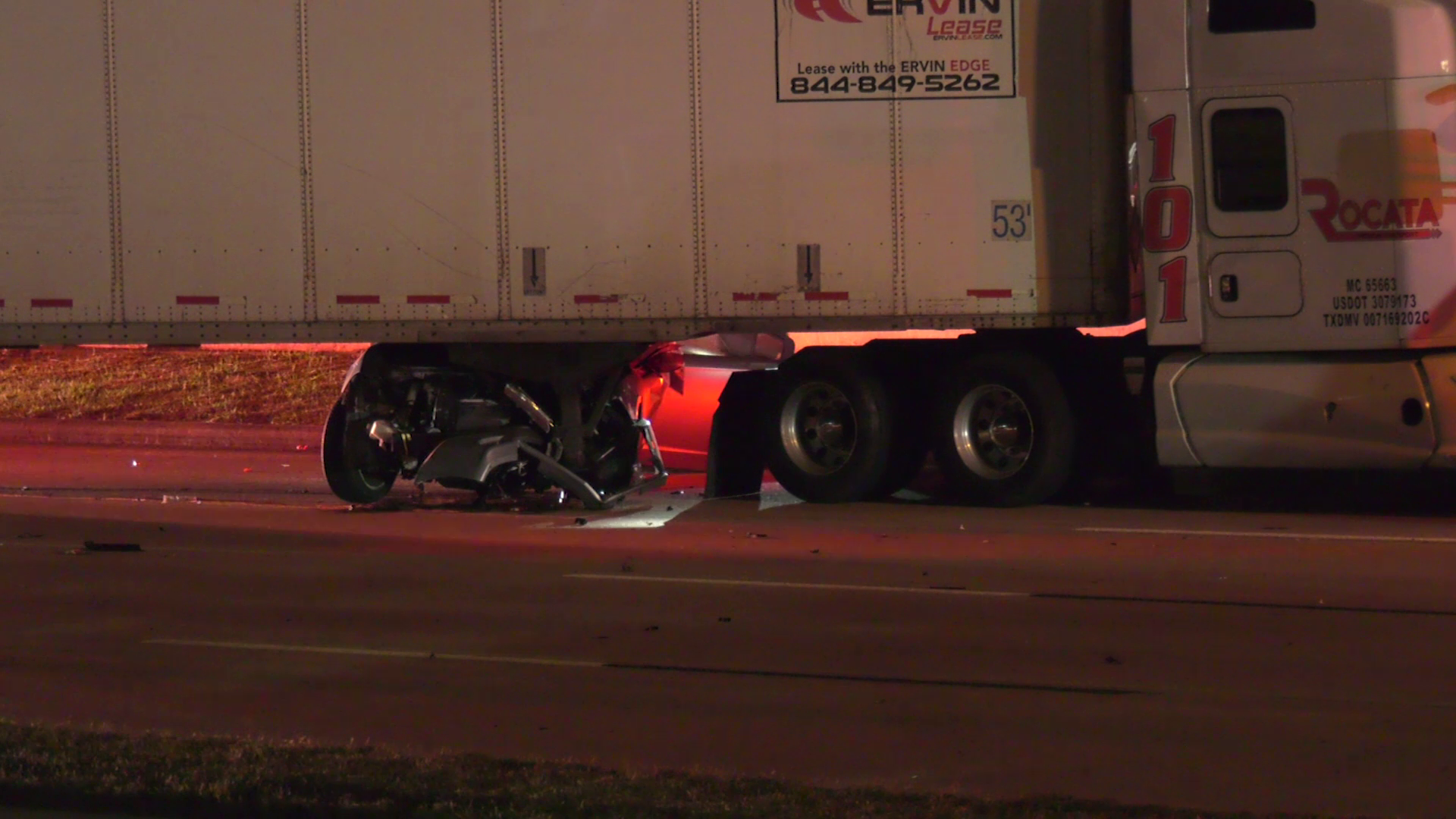 HOUSTON — Life Flight took a man to the hospital in critical condition after his Dodge Charger went under a big rig on the Katy Freeway late Wednesday, police said.

The crash was reported before 10 p.m. in the 13922 block of the freeway's frontage road.

Police said the 18-wheeler was pulling out of a driveway, heading west on the frontage road, when the crash occurred. They believe speed was a factor when the Dodge approached and crashed into the side of the truck’s trailer.

Only the driver, who was critically injured, was inside the Dodge. No other injuries were reported.

An investigation into the wreck is on-going.