TxDOT did not say when they lanes will reopen but said the closure will remain in place until further assessment has been completed. 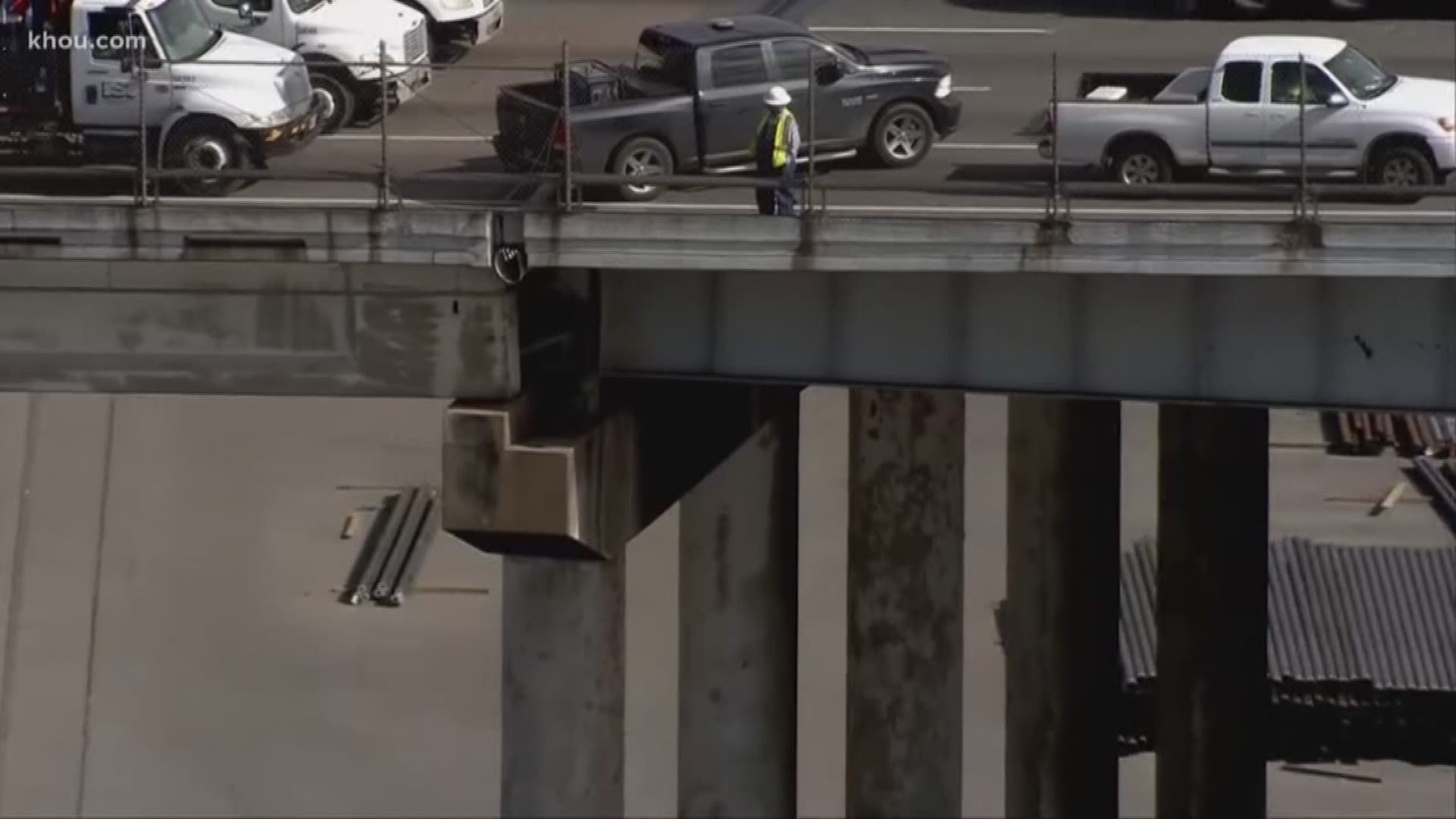 HOUSTON - TxDOT closed four lanes on the Houston Ship Channel Bridge as crews work to repair corrosion on a bearing spotted beneath roadway.

The lane closures are from the Port of Houston to Manchester. Three southbound lanes and one northbound lane are closed as repairs are being made.

“I think the back-up’s pretty messed up,” said one driver.

It’s been that way since TxDOT spotted Saturday an issue during a routine bridge inspection on the 610 East Loop southbound that needed a more thorough assessment and repair plan.

George said inspectors found a corroded bridge bearing that buffers the road deck from one of the piers below. Officials said for the safety of travelers and those inspecting the bridge, they are limiting the load bearing on the bridge. They say it is safe to drive on.

“Sometimes, during routine bridge inspections, we assess and decide we can wait and come back to it later,” George said. “And then there are times, like in this situation, that we feel that repairs need to happen immediately, and we have plans in place to do that.”

In addition to the 610 bridge, also known as the Sidney Sherman Bridge, there are four other ways to cross the ship channel. Those include the Washburn Tunnel, Beltway 8 Bridge, Fred Hartman Bridge and the Lynchburg Ferry. TxDOT suggests drivers consider an alternate route while repairs are made.

Although George insists the 610 crossing, which has a daily traffic count of more than 160,000 vehicles, remains safe.

“There’s no way that we would put any of the traveling public in harm’s way,” George said.

At last check, TxDOT hoped to have work done by Tuesday afternoon.