Deputies: 4-year-old girl dies after car falls off I-10 bridge

Authorities said the child did not appear to be in a car seat when her family's vehicle crashed with a big rig and then fell off the bridge. 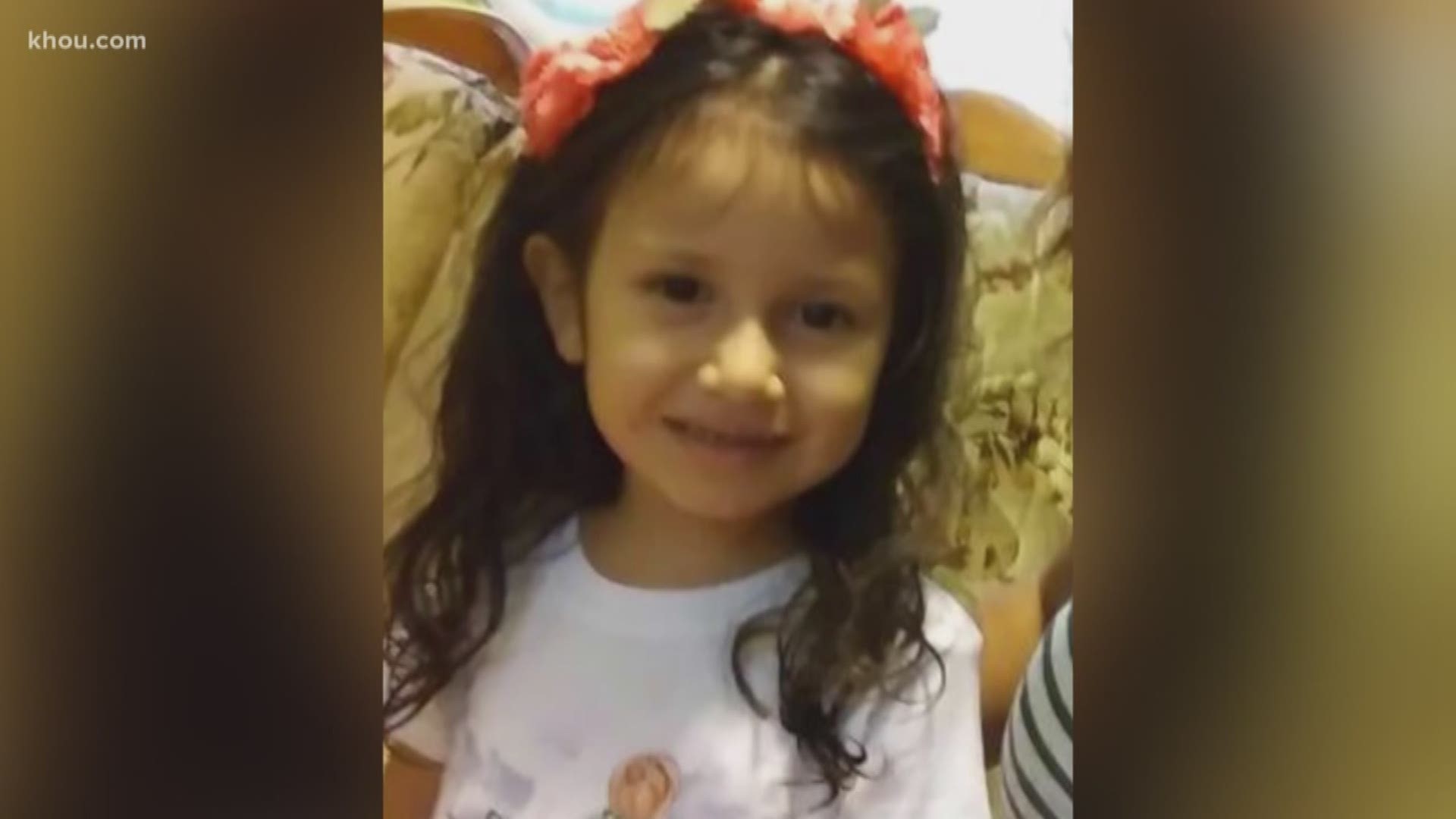 HARRIS COUNTY, Texas — A little girl was killed when her family's car plunged off I-10 East in a wreck with a big rig early Wednesday morning, deputies said.

Family has identified the girl as 4-year-old Andrea Salas.

"Mom indicated they are from Honduras and had been here for a month," said Sgt. Eduardo Rivera. "She came here to give her daughter a better life."

Now they're planning her funeral.

The crash happened after 6 a.m. on the interstate's westbound side at the bridge over the San Jacinto River, according to deputies with the Harris County Sheriff's Office.

Deputies said it appeared the large truck came into the same lane as the family's car, but the crash remains under investigation.

After the collision, the car flipped over the concrete barrier and fell upside down on the embankment below, not far from the river. Investigators say the father was behind the wheel. He had to be taken by Life Flight to the hospital with serious injuries.

Church members arrived at the scene to console the mother. The mother was able to walk away from the crash without injury.

Investigators say Andrea was not restrained with a seat belt or in a child seat.

Family friend Elvin Hueso says Jorge is a good, churchgoing man. He had just gotten off work. His family had picked him up, and he was driving them home.

The freeway was shut down because of the accident Monday morning but by noon, all lanes were open and traffic was flowing smoothly.

The Harris County District Attorney's Office says its too early to know who is at fault or if anyone will face any charges. The investigation continues.