The truck spins around several times as the driver tries to regain control. Eventually it stops after striking the freeway's concrete barrier. 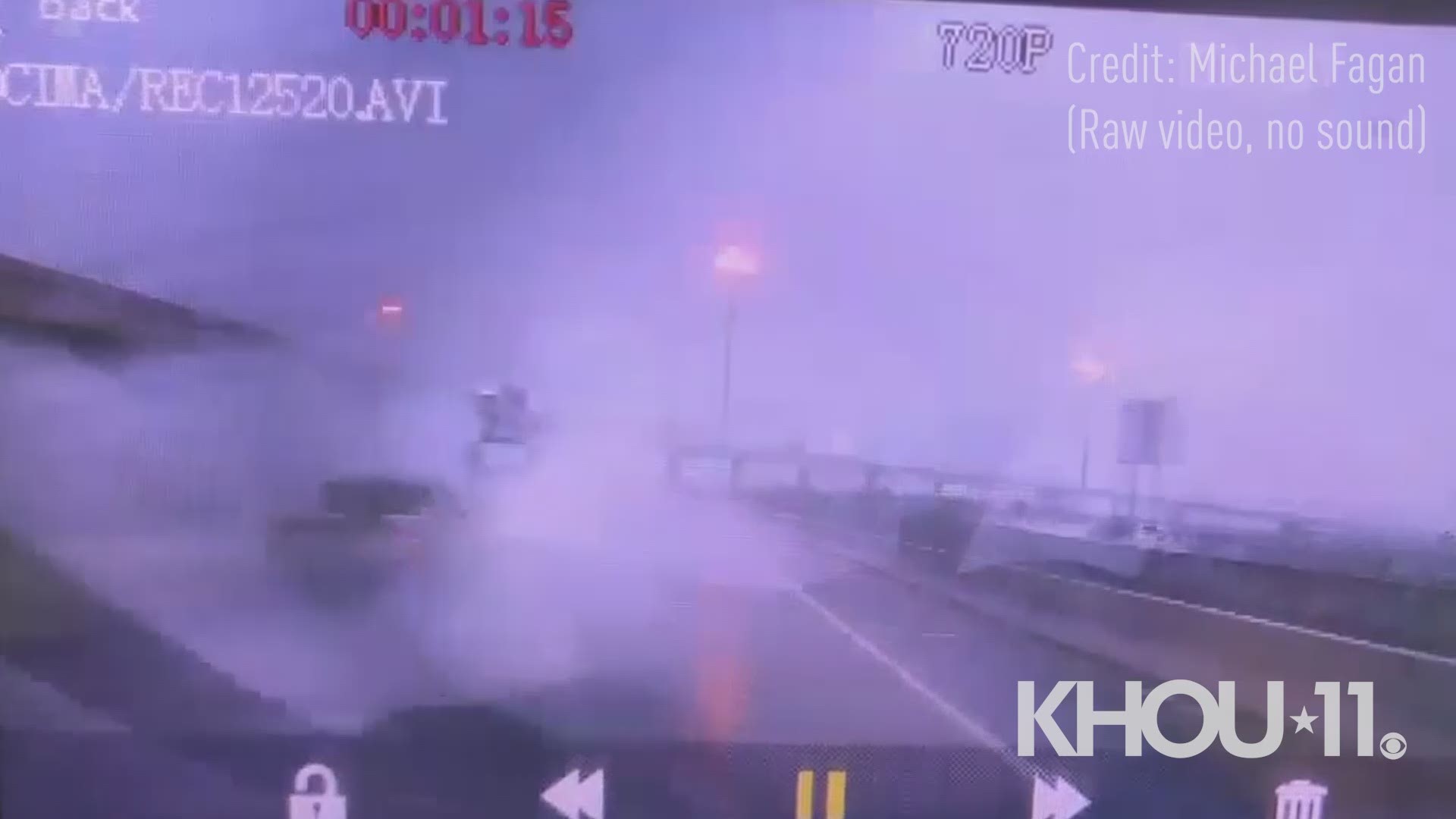 The crash happened around 9 a.m. during heavy rainfall across Southeast Texas.

The video shows the truck hitting high water while approaching an underpass. The vehicle appears to hydroplane and spin several times as the driver tries to regain control.

The truck hits the concrete barrier and comes to a stop.

Fagan tells KHOU 11 News the driver was not hurt but was shaken up. Fagan's vehicle was not struck as he managed to slow down and avoid the spinning truck.