Friendswood men killed when crane falls on their pickup on I-10 near Beaumont, DPS says

Construction crews in the area were working and operating the heavy crane when the equipment fell. 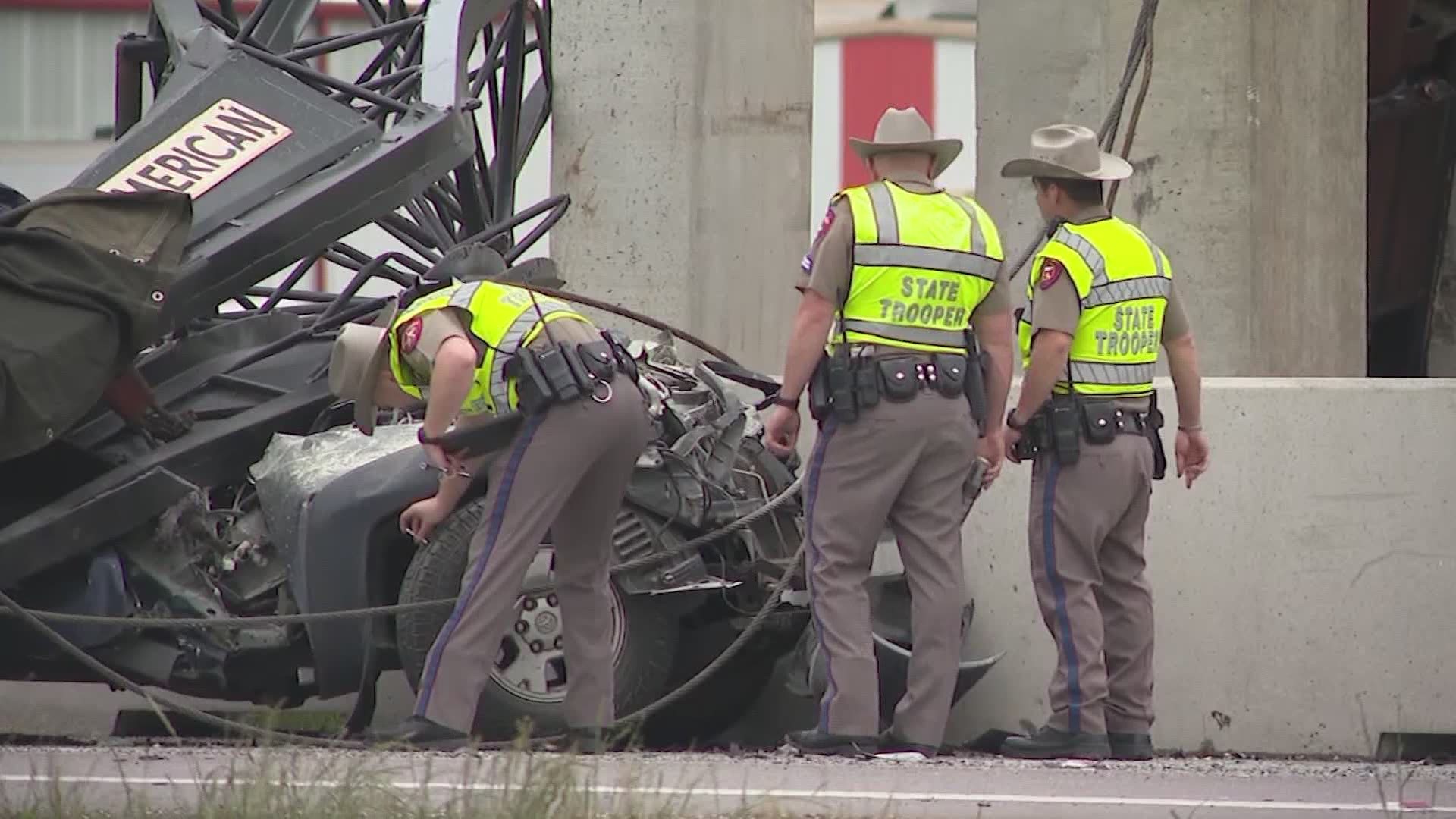 HOUSTON — The Texas Department of Public Safety confirms to KHOU11 the two people killed in a tragic incident along I-10 near Beaumont on Thursday were from the Houston area.

Note: the video in this story is from a KBMT broadcast on Thursday evening, before the names were released — some images in this story may be disturbing

The boom of a crane fell onto their 2013 Toyota pickup and crushed it in traffic on I-10 just west of Beaumont, KBMT reported.

DPS said 37-year-old driver Sarfaraz Karowadia and his 42-year-old passenger Altaf Kasowadia both died at the scene. (Editor's note: DPS has confirmed the slight spelling variation in their last names is correct.)

KBMT reported that construction crews in the area were working and operating the heavy crane when the equipment fell. The incident had traffic at a standstill for hours.

Investigation into what caused crane to fall

The investigation into what caused it is still underway.

DPS is in charge of the investigation but because it involved fatalities, OSHA and federal officials are also assisting. Their team came to the scene Thursday evening.

TxDot is also investigating, since it involved one of their contractors for the I-10 widening project.

The roadway was closed for more than five hours but has now reopened.