Deputies believe a man was driving in the wrong direction on the Westpark Tollway when the wreck happened. 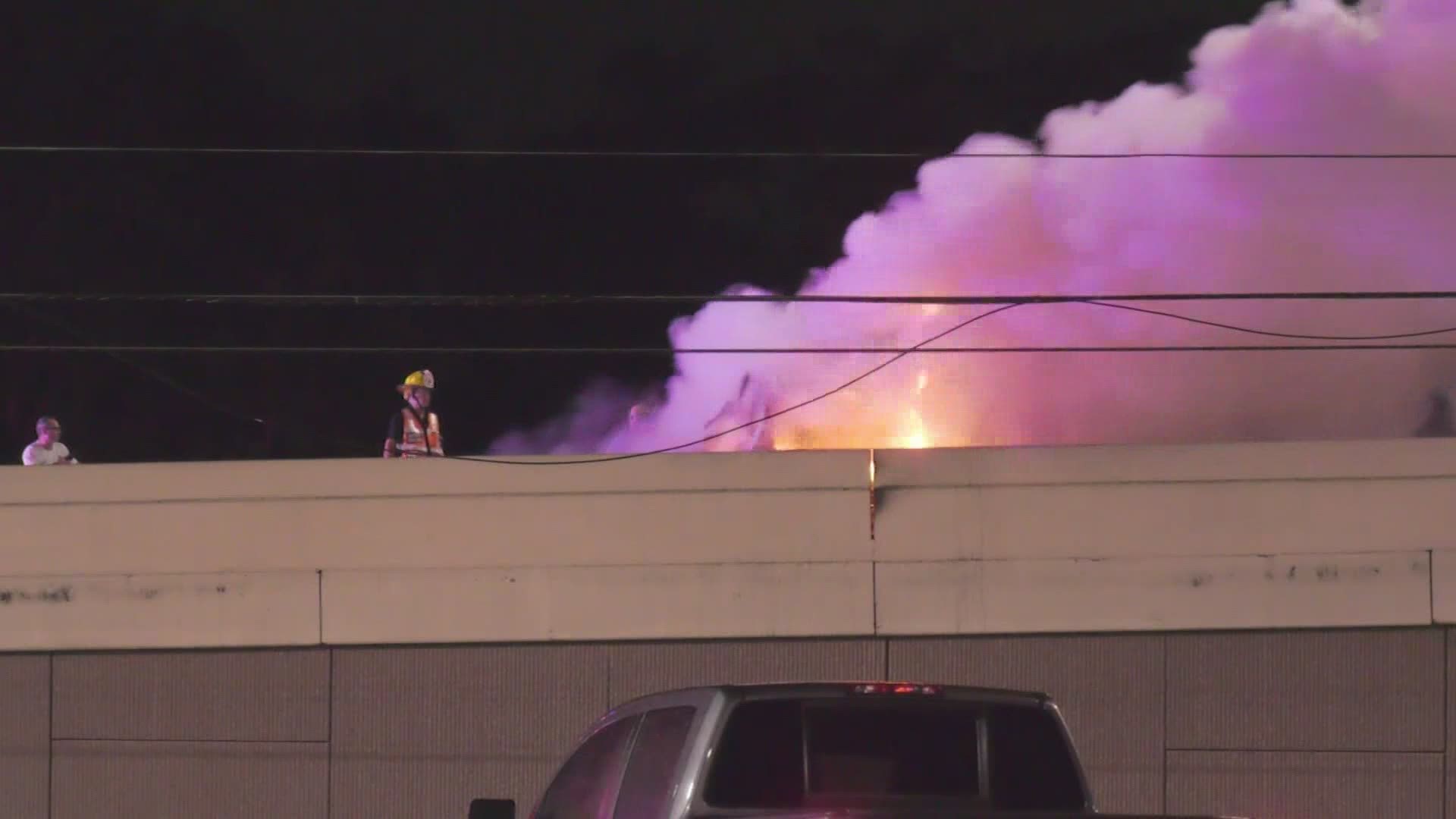 FORT BEND COUNTY, Texas — A toddler was among three people who were killed in a fiery, wrong-way crash on the Westpark Tollway early Friday morning, Fort Bend County officials said.

All westbound lanes of the tollway were closed at FM 1464 near George Bush Park for hours after the crash.

According to the Community VFD, the two-vehicle wreck happened just after 1 a.m.

The Fort Bend County Sheriff's Office believes a 31-year-old man was traveling in the wrong direction in a black Hyundai sedan on the tollway when he hit a woman's Audi SUV head-on. Both vehicles then caught fire, and the drivers died at the scene.

A 2-year-old child who was in the man's vehicle, believed to be his nephew, was not in a car seat, deputies said. The child was airlifted to the hospital and also later died, KHOU 11's Michelle Choi reported.

The man, now identified as 28-year-old Kenneth Bufford, and his nephew, Zion Andenji, live in the area, deputies said.

One child transported by Life Fight who later succumbed to injuries. Drivers of both vehicles deceased on scene.

"You can see the driver going the wrong way. But you can’t tell from the video of where they got on," FBCSO Sgt. Danny Beckworth said.

The driver of the Audi has not yet been identified.

"This is a pretty horrific crash the family shouldn’t have to go through this," Sgt. Beckworth said.

Investigators said unlike Harris County, the Fort Bend County portion of the tolls don’t have a detection system that alerts dispatchers when a wrong way driver enters the toll road.

"The discussion I had with the chief is that is something that is going to be looked at for sure," Sgt. Beckworth said.

Officers don’t believe drugs or alcohol played a factor, but they are still waiting for a toxicology report.

The tollway has since fully reopened.