As of 8:40 a.m. there were still delays westbound at Grand Parkway. 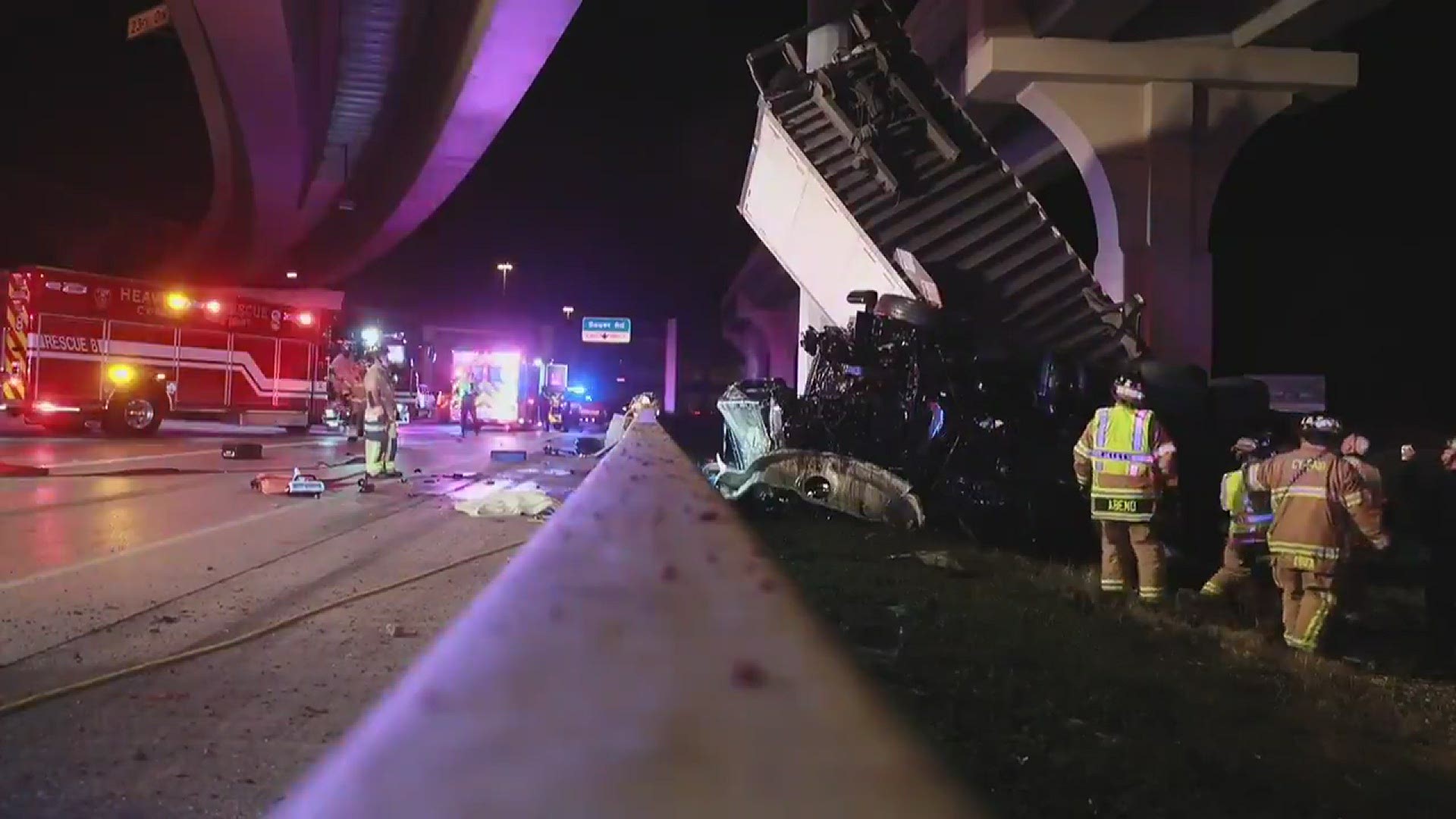 CYPRESS, Texas — A big rig driver was critically hurt when their vehicle fell from an overpass in the Cypress area early Thursday morning, tweeted the Cy-Fair Fire Department.

The crash happened before 6 a.m. at the Grand Parkway/99 interchange.

Firefighters arrived at the scene to find a tractor trailer fell off the overpass and crashed cab first in a grassy area along the freeway below.

Crews respond to an MVA w/ entrapment on US 290/ SH 99 involving a tractor trailer that reportedly fell off the overpass.

Fire crews extricated an adult male who was trapped inside and EMS transported the patient in critical condition.

The adult male in the truck was trapped and had to be rescued. He was then taken to the hospital in critical condition.

There’s no word on what caused the wreck.