The debris also struck an HPD patrol unit on the ramp. Luckily, the officer was not injured. 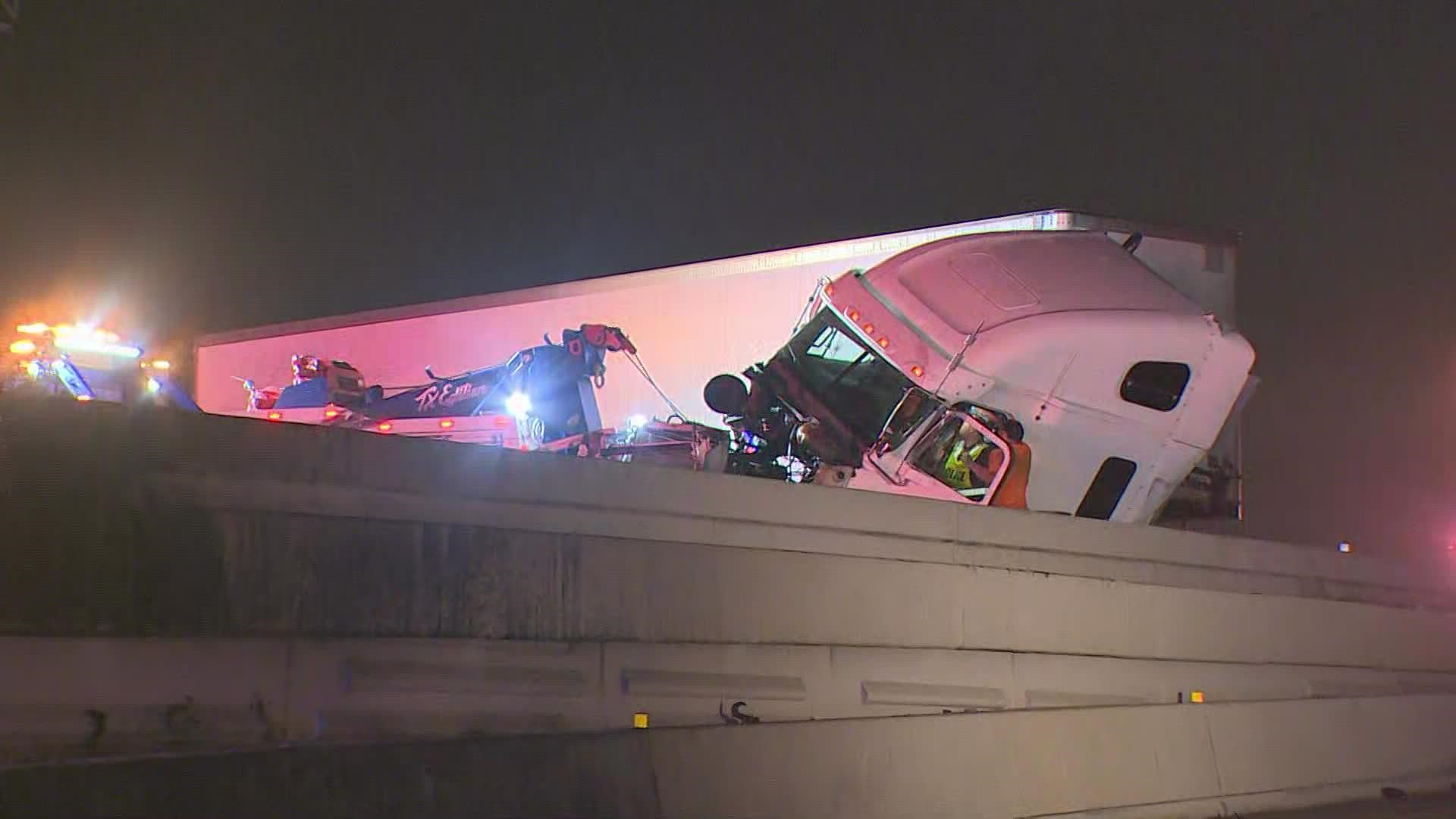 The big rig struck and damaged a barrier along the freeway sending concrete flying across multiple lanes. The debris also struck a Houston police patrol unit along the on-ramp.

Police said the officer was not injured by the flying concrete.

The driver of the big was also not injured.

"I just happened to hit one of those slick spots," the driver Garrett Anderson said. "Lost control, lost complete control."

No one injured. But a patrol unit that was nearby had their windows smashed out! I’ll have the latest @KHOU #KHOU11 pic.twitter.com/XEV9sHhk5m