Texas DPS investigators said an 18-year-old Port Arthur resident was driving the car that collided with the police cruiser. 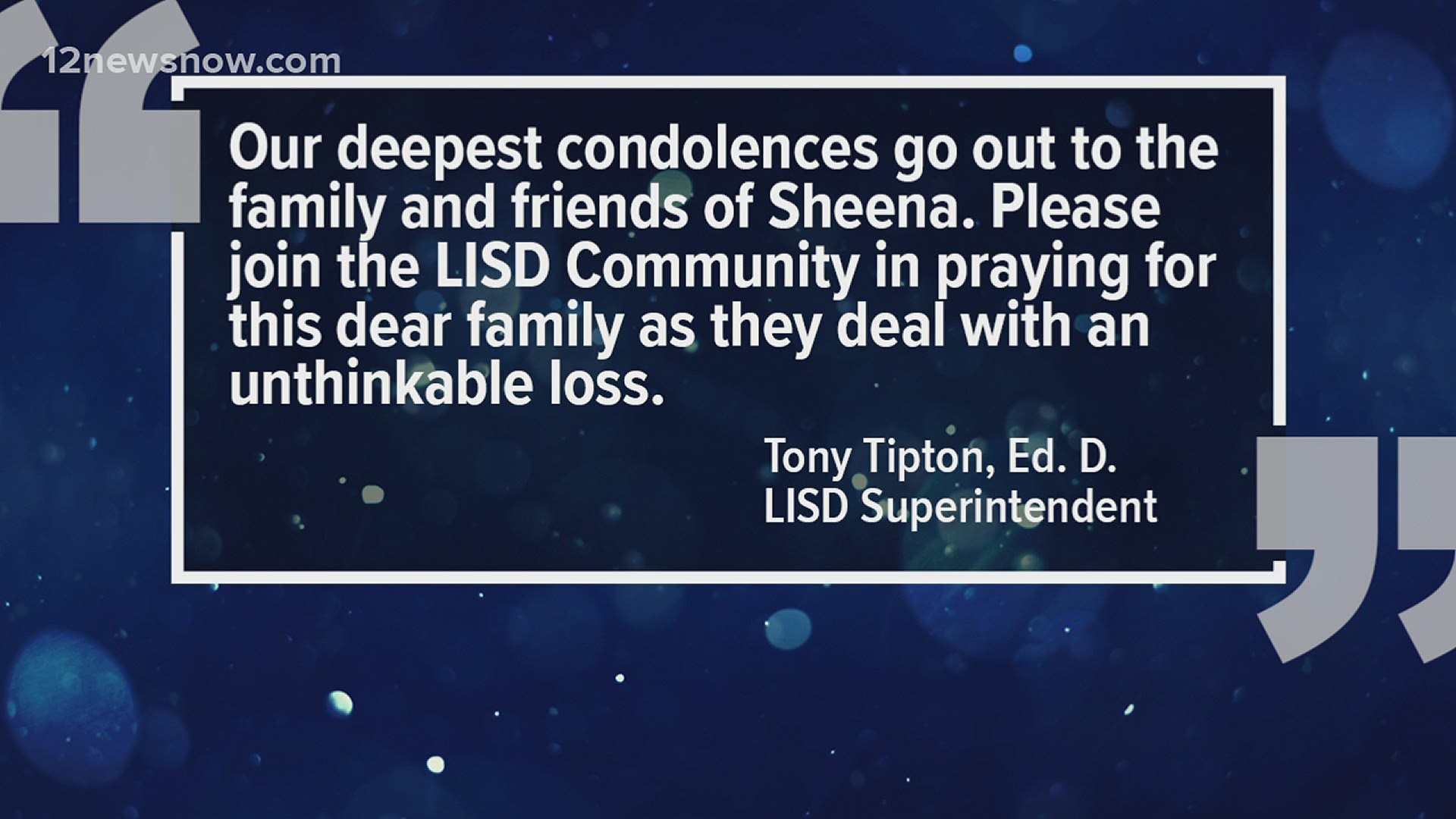 BEAUMONT, Texas — A 23-year-old Beaumont police officer was killed and another officer was seriously hurt in a head-on crash early Sunday morning when a driver going the wrong way hit their cruiser.

Officer Sheena Yarbrough-Powell died in the crash, and Officer Gabriel Fells was seriously hurt. The two officers were driving on Cardinal Drive (Highway 69) around 2:30 a.m. August 9 when their cruiser was hit head-on by a Ford Mustang, Beaumont Police spokesperson Officer Haley Morrow said in a news release. The accident happened near the Highway 347 overpass in south Beaumont.

Powell was pronounced dead at the scene, Beaumont Police said. Officer Fells was rushed to a nearby hospital in serious condition, but is now stable after undergoing surgery after the accident, Beaumont Police Chief Jimmy Singletary said in a news conference Sunday afternoon.

Texas DPS identified the driver of the Ford Mustang as Luis Torres, 18, of Port Arthur.

Powell's death marks the 18th officer killed in the line of duty in the history of the Beaumont Police Department.

Texas Department of Public Safety State Troopers are investigating the crash. Investigators initially determined that Torress was driving south in the northbound lane without headlights. He was also taken to a nearby hospital, and a blood specimen was collected to determine if alcohol was a factor in the accident, according to Texas DPS.

Chief Singletary said Powell was a Lumberton native and had been with the force since 2018. She had been married for only 10 months.

PRESS CONFERENCE: 23-year-old Sheena Yarbrough has been identified as the officer killed in Sunday’s crash. She was sworn into the police department in December of 2018 & was married for 10 months. Her partner (driver) underwent surgery & is in stable condition. #12NewsNow pic.twitter.com/mreymyATvG

Beaumont Mayor Becky Ames told 12News Sunday this is the second officer she has lost since taking office in 2007.

"My thoughts and prayers go to the family and friends left behind after such a needless tragedy," Ames said. "There are no words that can comfort grieving at a time like this, but my hope is that you know how many people in our city grieve with you. Our entire city hurts when we lose a first responder."

My prayers are with the Beaumont police officers, and all involved, in the tragic accident this morning. Praying also for the entire police department and their families.

Local police departments and sheriff's offices from around Southeast Texas have also responded after waking up to the tragic news.

"The Orange County Sheriff’s Office would like to send our deepest condolences and prayers to the Beaumont Police Department," the department said in a Facebook post.

1 / 10
KBMT
Beaumont Police officer Sheena Yarbrough-Powell, 23, became the 18th Beaumont officer killed in the line of duty when she died early Sunday morning in a head-on wreck with a wrong-way driver.

From a Department of Public Safety news release:

The Texas Department of Public Safety (DPS) is investigating a two vehicle fatal crash that occurred early this morning on US 69 at MLK Boulevard, involving two Beaumont Police Officers.

The preliminary crash investigation indicates at approximately 2:30 a.m., a Beaumont Police Department patrol vehicle was traveling north. The driver of a 2006 Ford passenger car was traveling south in the northbound lane with no headlights and struck the patrol vehicle head-on.

Investigators believe Torres was under the influence of alcohol at the time of the crash. A blood specimen was obtained and the results are pending.

This crash remains under investigation. No additional information is available at this time.