HPD: Suspect charged after deadly hit-and-run that sent car upside down into building in E. Houston 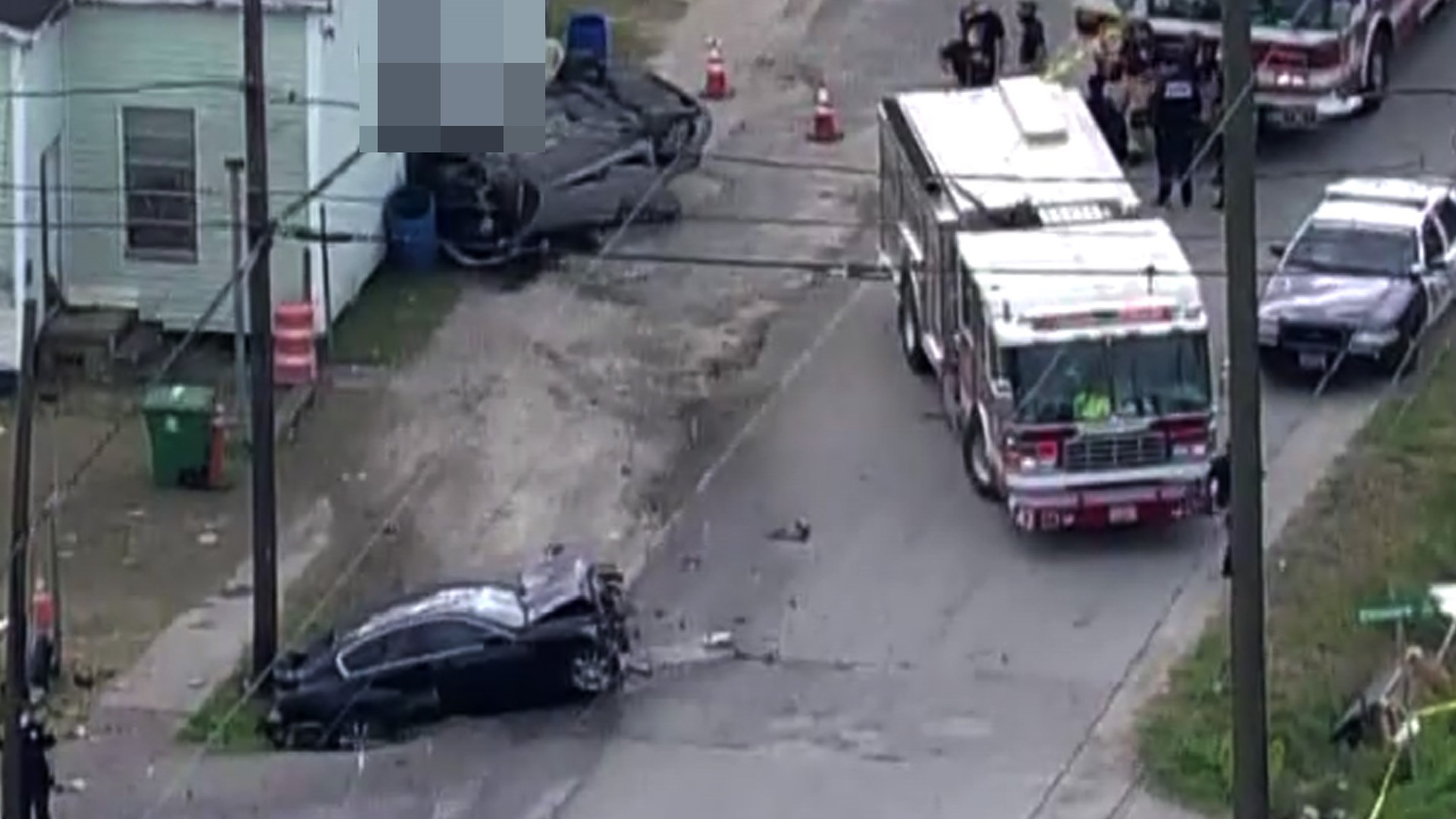 HOUSTON — At least one person was killed in a fiery, rollover crash into a building on Tuesday morning, Houston police said, and now one of the drivers involved is facing criminal charges.

Police warned there would be delays in the area as the intersection at Delaware was closed off.

Views from Air 11 indicated at least two vehicles were involved. One of those vehicles flipped upside down and crashed into a building, catching fire.

Police later said the crash was caused by a speeding driver in an Infiniti sedan. He collided with a Kia, and the Kia flipped upside down. The driver in that car died at the scene while the Infiniti driver ran away, police said.

The suspect was later found nearby before being taken to the hospital for treatment and questioning. That man, identified as 19-year-old Herbert Talley, is charged with failure to stop and render aid.

The victim's name has not been released.