The closure will likely last for several more hours as the cleanup has not even begun. 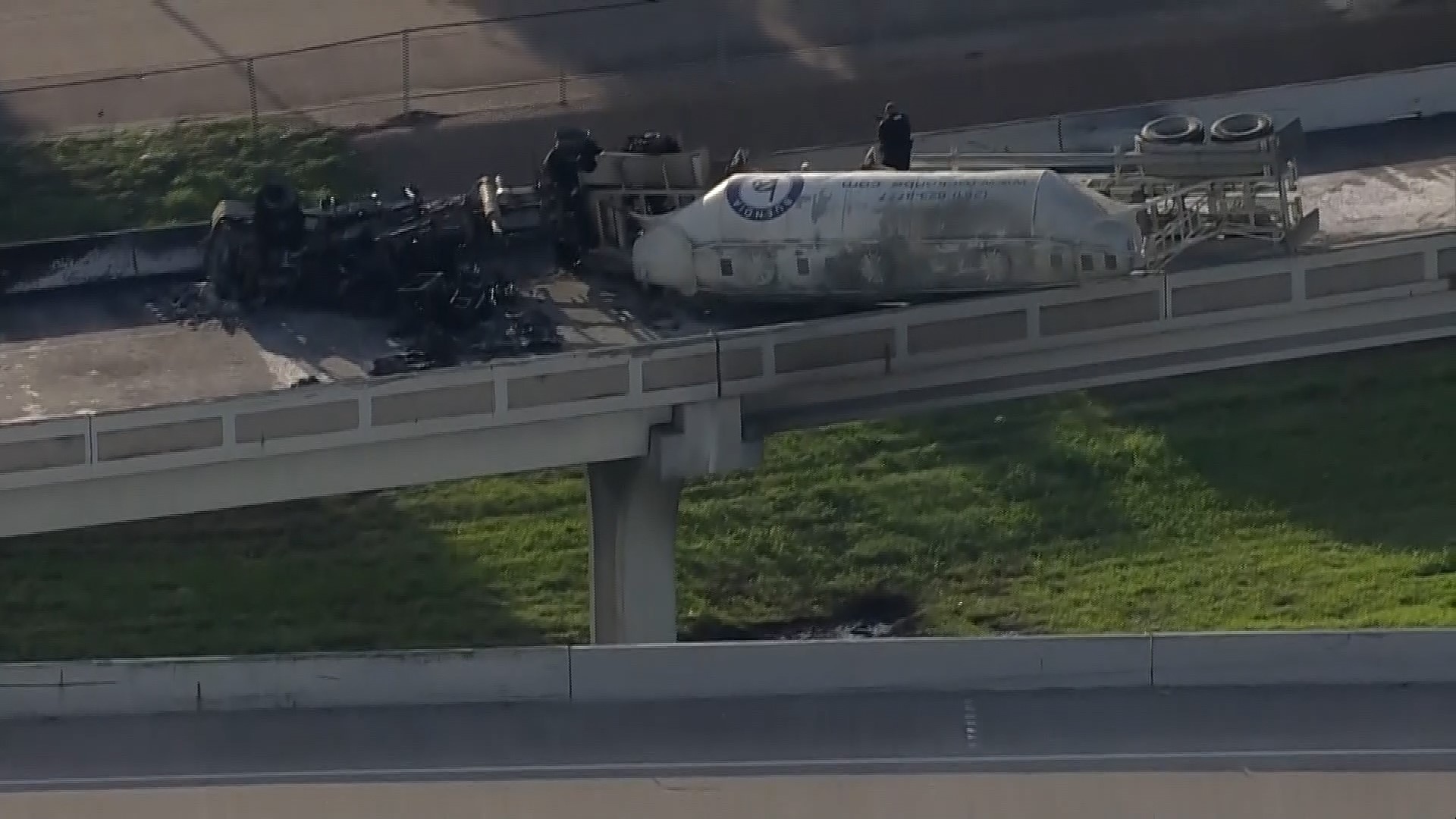 The wreck happened shortly before 5 a.m. Monday, closing the ramp from I-10 heading westbound to I-69 the Eastex Freeway. As of 9 a.m. the closure was still in effect.

Houston TranStar reported only one vehicle was involved, and views from Air 11 showed what was left of the burned tanker truck, which was still on the ramp more than three hours later.

It appeared the big rig flipped while taking a curve in the ramp, although police have not discussed an official cause.

Further details about the crash were not immediately released.

Earlier in the morning, another fiery crash also claimed a life. That wreck happened on I-45 North in Spring, shutting down the southbound lanes for several hours. Deputies said a driver crashed into the back of a street sweeper.