A recent study reported over 60 percent of adults with autism were unemployed and many others were underemployed. 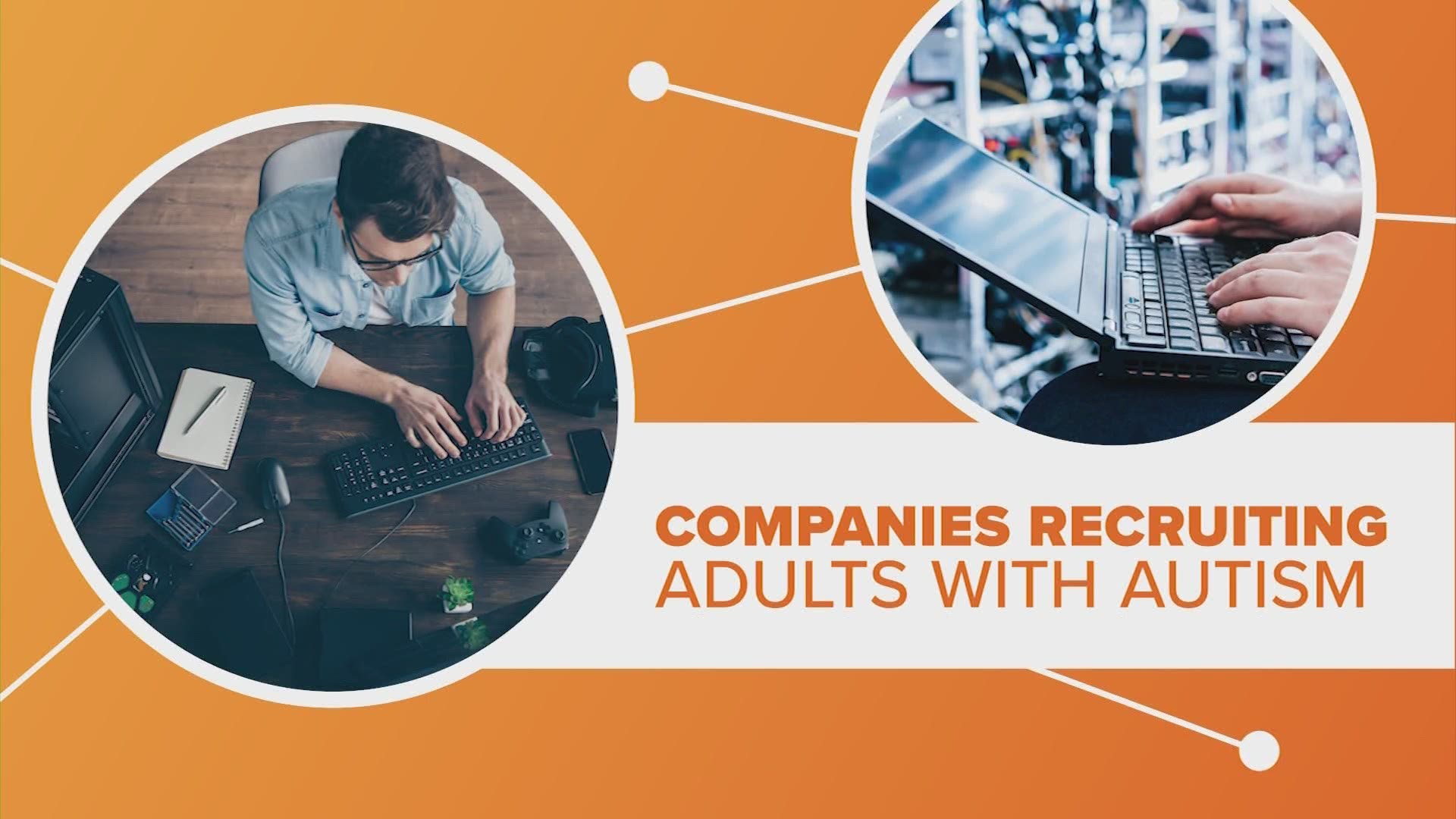 More and more high-profile companies are discovering an untapped workforce -- adults on the autism spectrum.

Recently, a young man in Virginia went viral after he posted a letter on LinkedIn telling potential employees not only about his autism but the skills he could bring to the workplace. And it turns out many big-name employers like IBM and Ernst and Young agree, seeing neurodiversity as a way to help their bottom line.

Ernst and Young, a global accounting powerhouse, has changed the interview process for applicants with autism. Moving from a one-on-one interview that could be tough for someone who struggles to interpret social cues to a series of problem-solving challenges.

IBM has a program called Neurodiversity that recruits autistic adults. Those employees work in everything from software development to cybersecurity to testing.

Employees in the program have earned patents for the work they have done. Recently 60 minutes found 30 large companies, including Microsoft and Ford, that were actively recruiting autistic employees.

Despite these programs, adults on the autism spectrum in the U.S. experience high rights of unemployment.

One recent study reported over 60 percent were unemployed and many others were underemployed.

There is some good news, that young man in Virginia who posted a plea to LinkedIn ended up with several job offers after his story went viral.