On Tuesday, AT&T introduced "5G Evolution" in Austin. Labeling the launch as a "taste of the future." 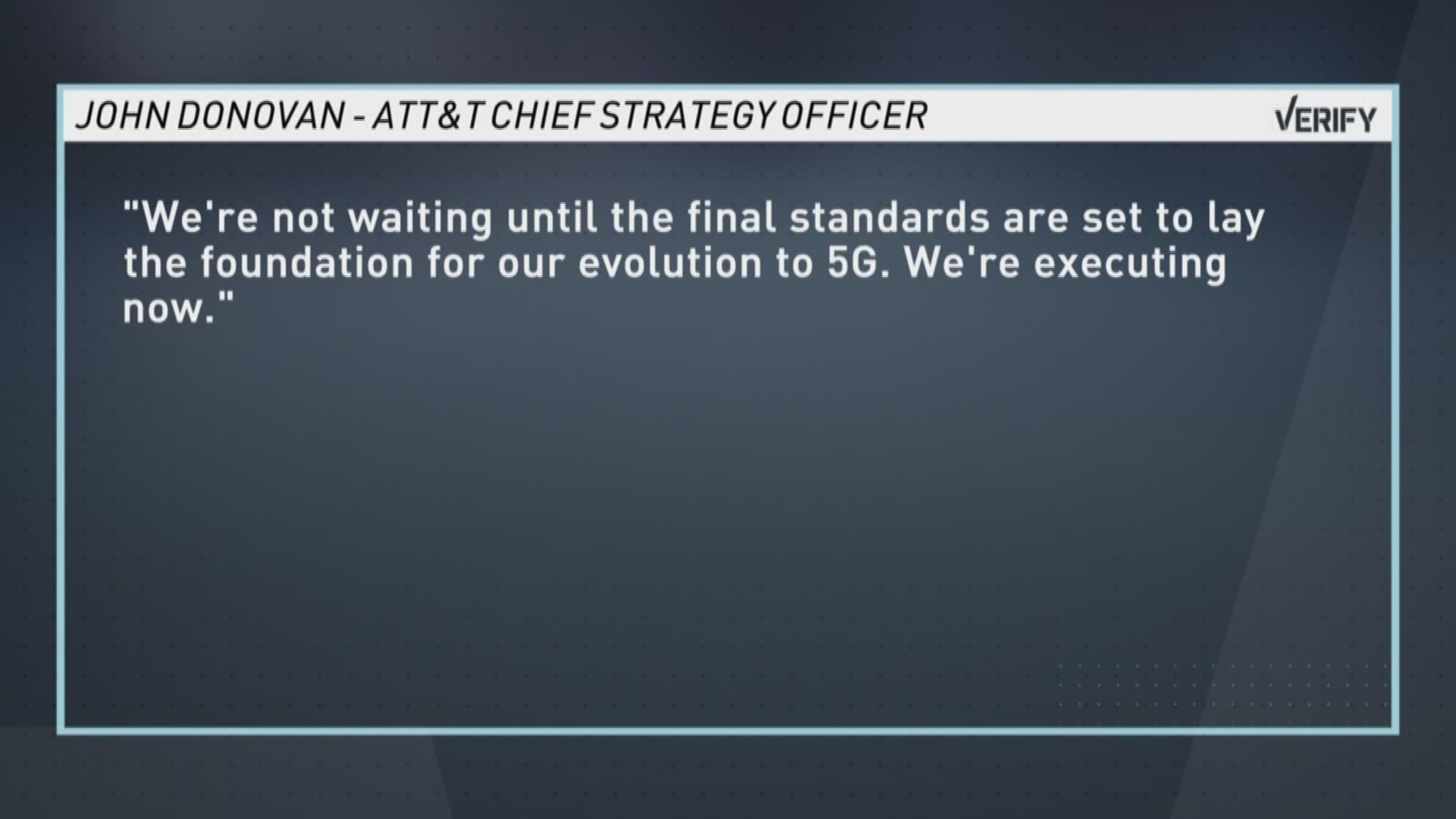 On Tuesday, AT&T introduced "5G Evolution" in Austin. Labeling the launch as a "taste of the future."

Within hours of it's posting, hundreds of articles popped up claiming that AT&T was using marketing to make it seem like 5G when in reality, it was an advanced form of existing 4G LTE service.

KVUE's Jason Puckett reached out to AT&T who said they couldn't comment on the topic directly but did send him a number of statements regarding their "5G Evolution" program.

In the release, AT&T said that " Customers can expect to see their data speeds increase as we continue to invest in our wireless network by adding small cells and using advanced 5G Evolution achieved through upgrades like carrier aggregation, 4x4 MIMO, 256 QAM and more."

What multiple sites correctly pointed out is that technologies like carrier aggregation, 4x4 MIMO, and 256 QAM are actually advanced LTE technologies, or 4G tech.

While AT&T's new service will certainly add faster data speeds for new phone users in the Austin area and while they can brand or name a rollout however they choose, their "5G Evolution" is not true 5G.

For more, watch the associated video.