Unless a deal is finalized, new downloads will be blocked starting this weekend. 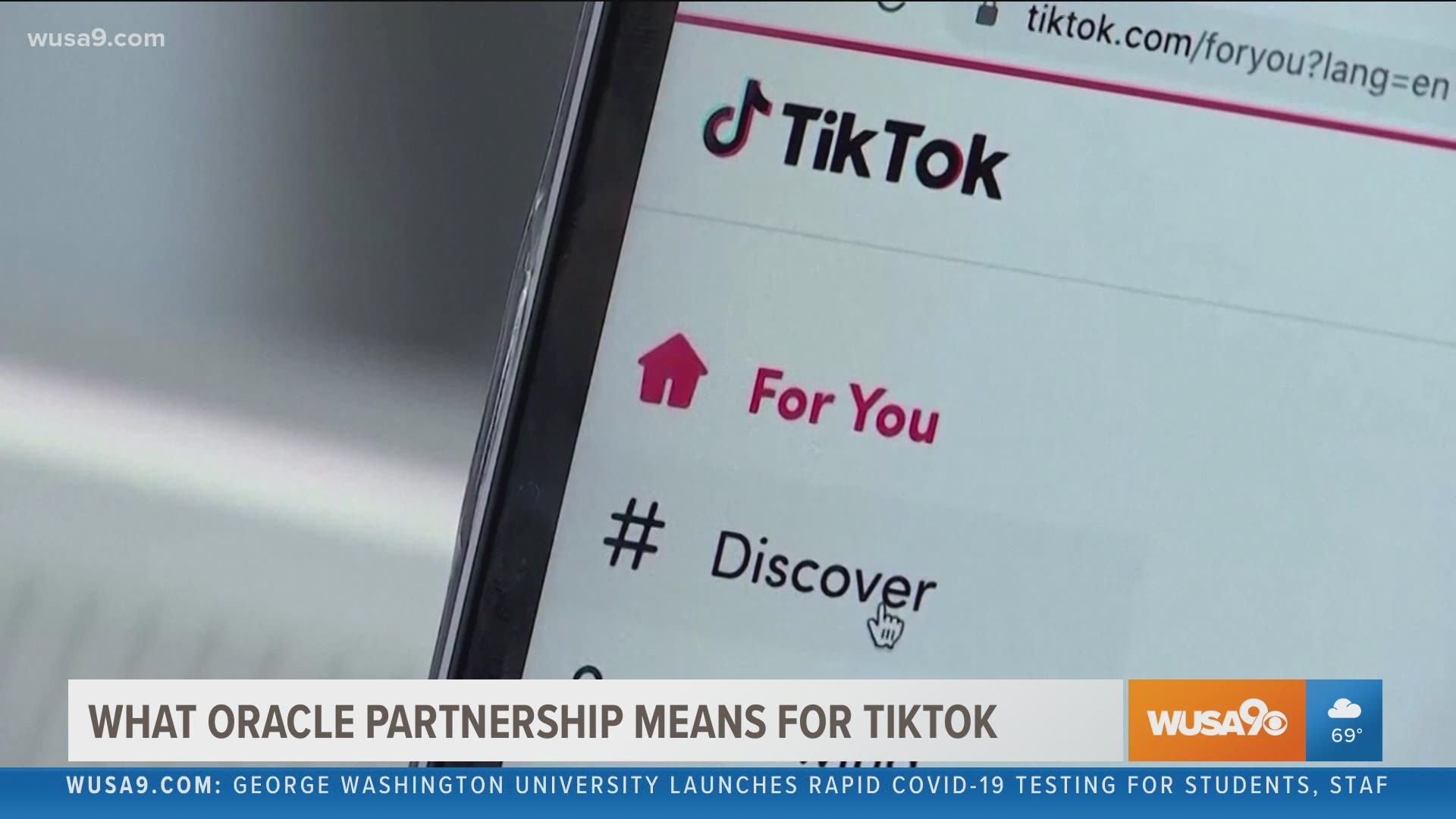 WASHINGTON, D.C., USA — After weeks of threats, time may be finally up for the popular social media app TikTok.

The U.S. Commerce Department released a statement on Friday indicating the country would prohibit the Chinese-owned apps WeChat and TikTok to continue "transactions" starting Sunday to "protect the National Security of the United States."

Editor's note: the video in this story is from a Thursday, Sept. 17 broadcast

The statement was released at the same time as multiple reports indicating President Donald Trump would ban app downloads starting next week.

The federal government stated Friday the threats from each of the apps is different, however.

There have been concerns about TikTok's use of user data, and the company was told weeks ago to seek American ownership or get banned in the U.S. Recently, a deal with Microsoft fell through and a new deal was announced with Oracle. Unless that deal is finalized, new downloads will be blocked beginning Sunday, Sept. 20, according to this latest update.

In response to President Trump’s Executive Orders signed August 6, 2020, the Department of Commerce (Commerce) today announced prohibitions on transactions relating to mobile applications (apps) WeChat and TikTok to safeguard the national security of the United States. The Chinese Communist Party (CCP) has demonstrated the means and motives to use these apps to threaten the national security, foreign policy, and the economy of the U.S. Today’s announced prohibitions, when combined, protect users in the U.S. by eliminating access to these applications and significantly reducing their functionality.

“Today’s actions prove once again that President Trump will do everything in his power to guarantee our national security and protect Americans from the threats of the Chinese Communist Party,” said U.S. Department of Commerce Secretary Wilbur Ross. “At the President’s direction, we have taken significant action to combat China’s malicious collection of American citizens’ personal data, while promoting our national values, democratic rules-based norms, and aggressive enforcement of U.S. laws and regulations.”

While the threats posed by WeChat and TikTok are not identical, they are similar. Each collects vast swaths of data from users, including network activity, location data, and browsing and search histories. Each is an active participant in China’s civil-military fusion and is subject to mandatory cooperation with the intelligence services of the CCP.  This combination results in the use of WeChat and TikTok creating unacceptable risks to our national security.

As of September 20, 2020, the following transactions are prohibited:

Any provision of services through the WeChat mobile application for the purpose of transferring funds or processing payments within the U.S.

Any provision of internet hosting services enabling the functioning or optimization of the mobile application in the U.S.;

Any provision of content delivery network services enabling the functioning or optimization of the mobile application in the U.S.;

Any provision directly contracted or arranged internet transit or peering services enabling the function or optimization of the mobile application within the U.S.;

Any utilization of the mobile application’s constituent code, functions, or services in the functioning of software or services developed and/or accessible within the U.S.

Any other prohibitive transaction relating to WeChat or TikTok may be identified at a future date. Should the U.S. Government determine that WeChat’s or TikTok’s illicit behavior is being replicated by another app somehow outside the scope of these executive orders, the President has the authority to consider whether additional orders may be appropriate to address such activities. The President has provided until November 12 for the national security concerns posed by TikTok to be resolved. If they are, the prohibitions in this order may be lifted.

The notices for these actions will be posted on the Federal Register at approximately 8:45AM EDT on Friday, September 18, 2020.

On August 6, 2020, President Trump signed Executive Orders (E.O.) 13942, Addressing the Threat Posed by TikTok, and E.O. 13943, Addressing the Threat Posed by WeChat. In the E.O.s, the President determined that the apps capture vast swaths of information from U.S. users, leaving the data vulnerable to CCP access for nefarious purposes. Commerce, at the Direction of the President, was required to identify transactions within 45 days to protect national security and the private data of millions of people across the country. Today’s announced prohibitions fulfill the President’s direction and mitigate national security risks.