The connection between Van Horn and Houston

Van Horn is a small town in West Texas, so what could it possibly have in common with Houston? KHOU 11 Reporter Xavier Walton found the answer. 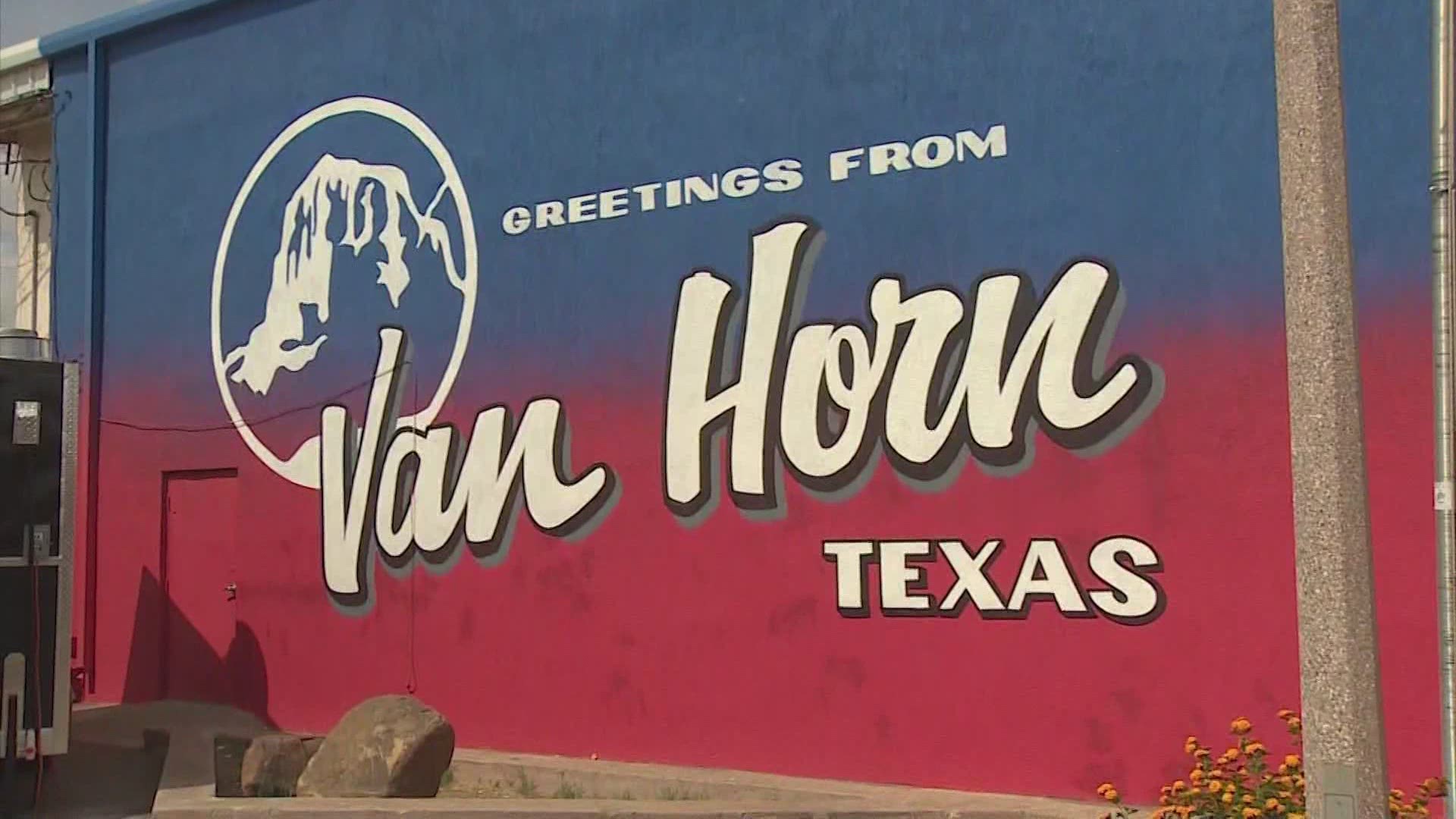 VAN HORN, Texas — A town you've probably never heard of will be the center of attention when billionaire Jeff Bezos blasts off into space in his own rocket on Tuesday morning.

Houston and Van Horn couldn't be more different, but in the middle of the small West Texas town, underneath the water tower, we found a connection.

Donovan and File are Van Horn residents with a Houston address.

Despite the Houston connection, Donovan said she's loyal to her town.

"My heart is just thrilled that Van Horn is going to be on the map," Donovan said. "It can be very emotional, so we're going to be yelling and screaming and carrying on."

File has been paying close attention to what's happening off Highway 54 at the Blue Origins launch site.

"Every young kid wanted to be an astronaut when they grew up," File said.

That includes his grandson. File put a postcard for him in a postbox to space sitting in the heart of downtown Van Horn.

"Hopefully his postcard will go up with Jeff Bezos on Tuesday," File said.