In addition to being Florida's first rocket launch of 2020, it was the first overseen by the Space Force. 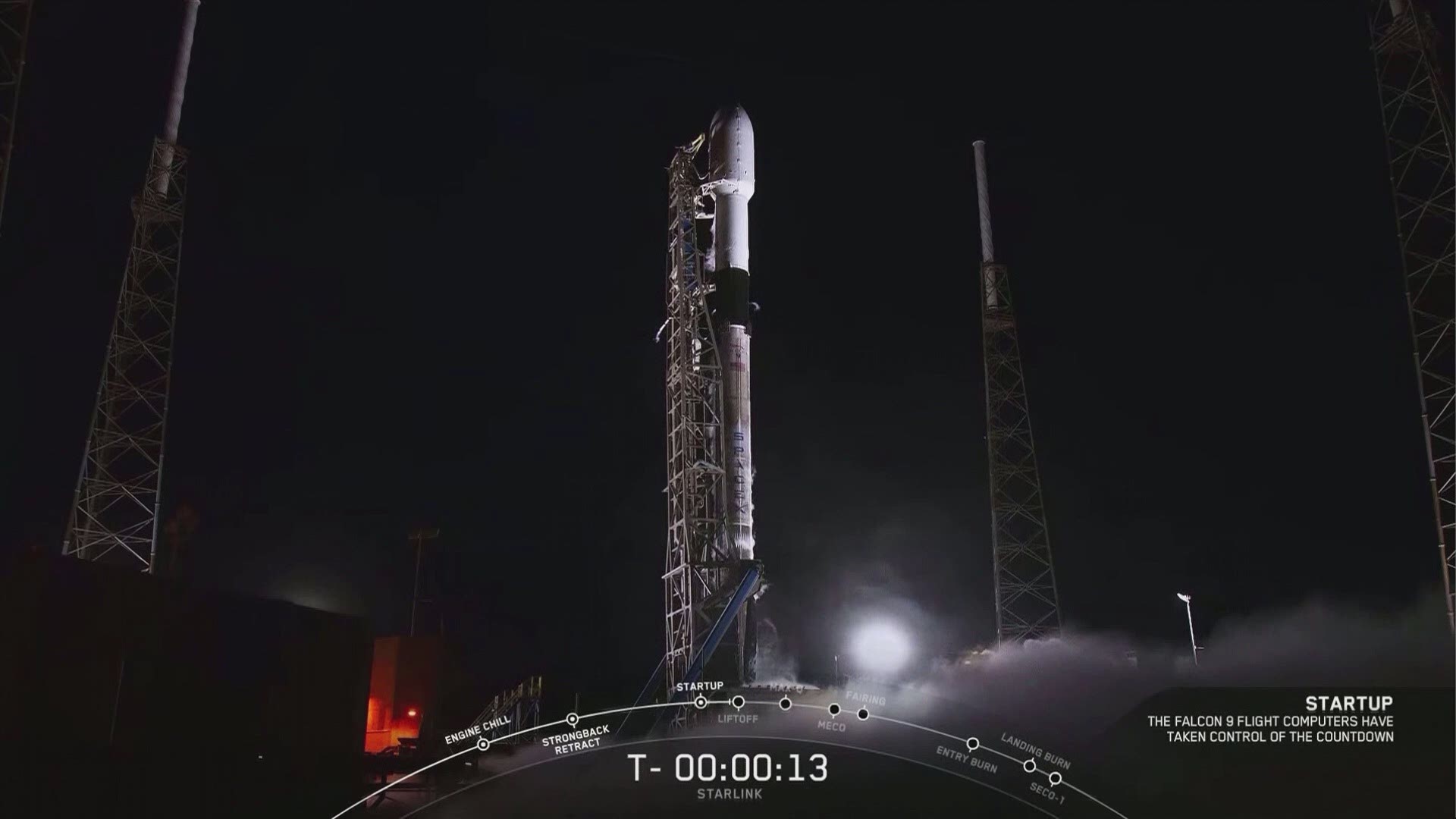 CAPE CANAVERAL, Fla. — The first rocket launch of 2020 blasted off Monday -- and it was overseen by the newest branch of the U.S. military, the Space Force.

SpaceX's Falcon 9 rocket lifted off from Cape Canaveral Air Force Station in Florida, with 60 Starlink satellites on board as part of the company's efforts to provide worldwide internet access.

According to the Associated Press, one of the satellites dons a dark coating to lessen reflectivity from space and is billed as a "first step" compromise between SpaceX and astronomers.

Sixty satellites were launched in May, followed by another 60 in November. SpaceX wants to launch as many as 12,000 satellites to low Earth orbit as soon as 2024, according to Florida Today. There has been concern among astronomers that normally dark skies could be spoiled by thousands of bright satellites.

There was a less than 10-percent chance of the launch being scrubbed, with the only concern being cumulus clouds.

President Donald Trump late last year signed the U.S. Space Force into existence as part of the $738 billion Pentagon budget for 2020. He and other government leaders said a new military branch -- the sixth -- is necessary to protect the country's national security in space.

RELATED: 10 space exploration events we're excited for in the 2020s