Meet Hayley Arceneaux. Her journey on SpaceX is an epic full-circle moment that started in Houston

The childhood cancer survivor became fascinated with space during a trip to JSC when she was 9. Now at 29, she’s the youngest American in space. 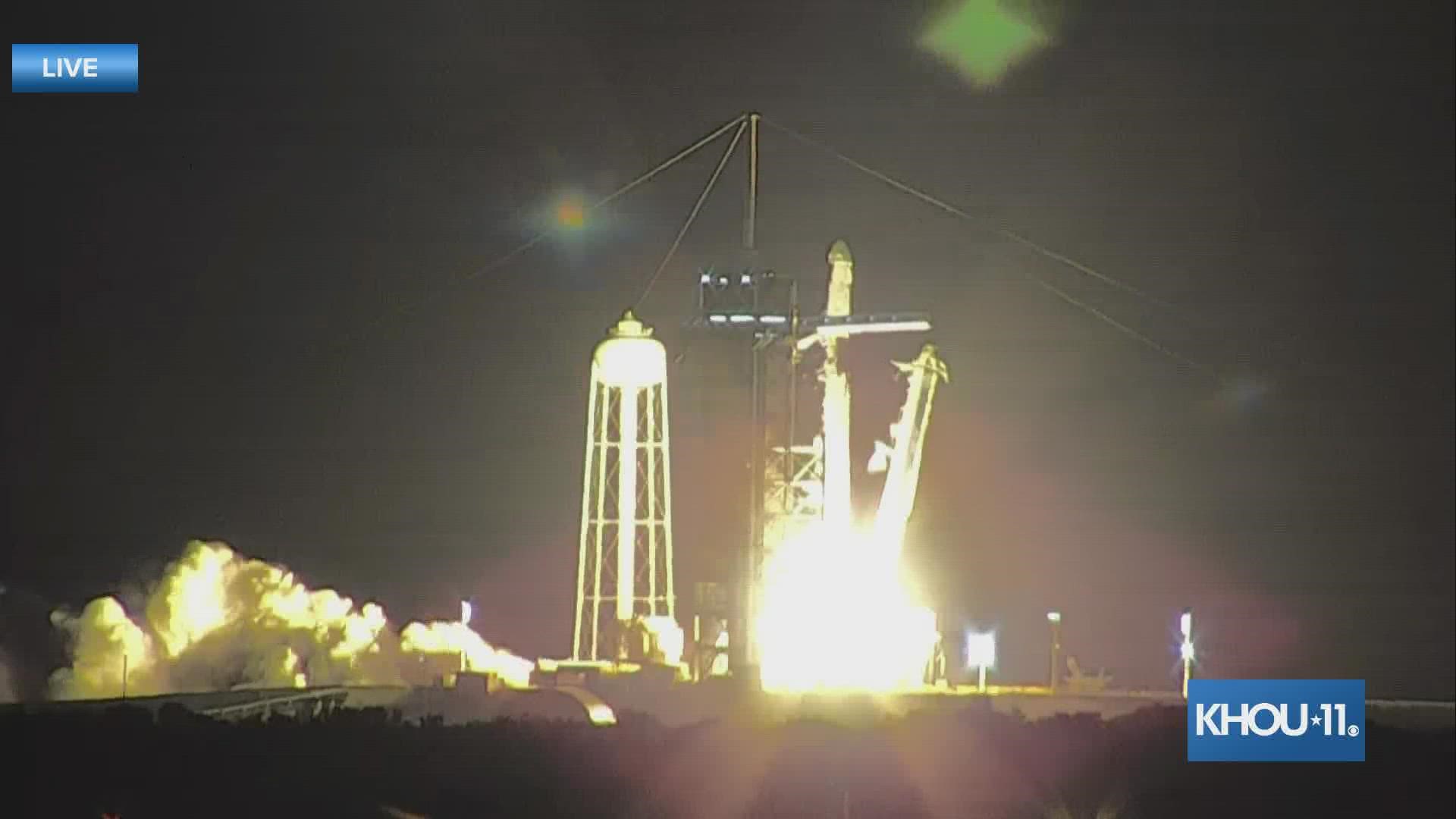 HOUSTON — When SpaceX launched four civilians into orbit aboard the Inspiration4 tonight, Hayley Arceneaux became the youngest American in space. Ever.

Impressive, but not at all surprising for the 29-year-old cancer survivor who’s been inspiring people since she was a little girl.

According to the Associated Press, Arceneaux’s fascination with space began at the age of 9 when she toured the Johnson Space Center during a trip to Houston with her family. After seeing where the astronauts train, she was smitten with the idea of space travel.

But a few months later, Arceneaux's dreams of becoming an astronaut were crushed when she was diagnosed with bone cancer at the age of 10.

Arceneaux’s parents took her to Memphis to be treated at St. Jude Children’s Research Hospital. In a profile on their website, St. Jude Inspire said she endured months of chemotherapy, multiple surgeries and painful physical therapy. 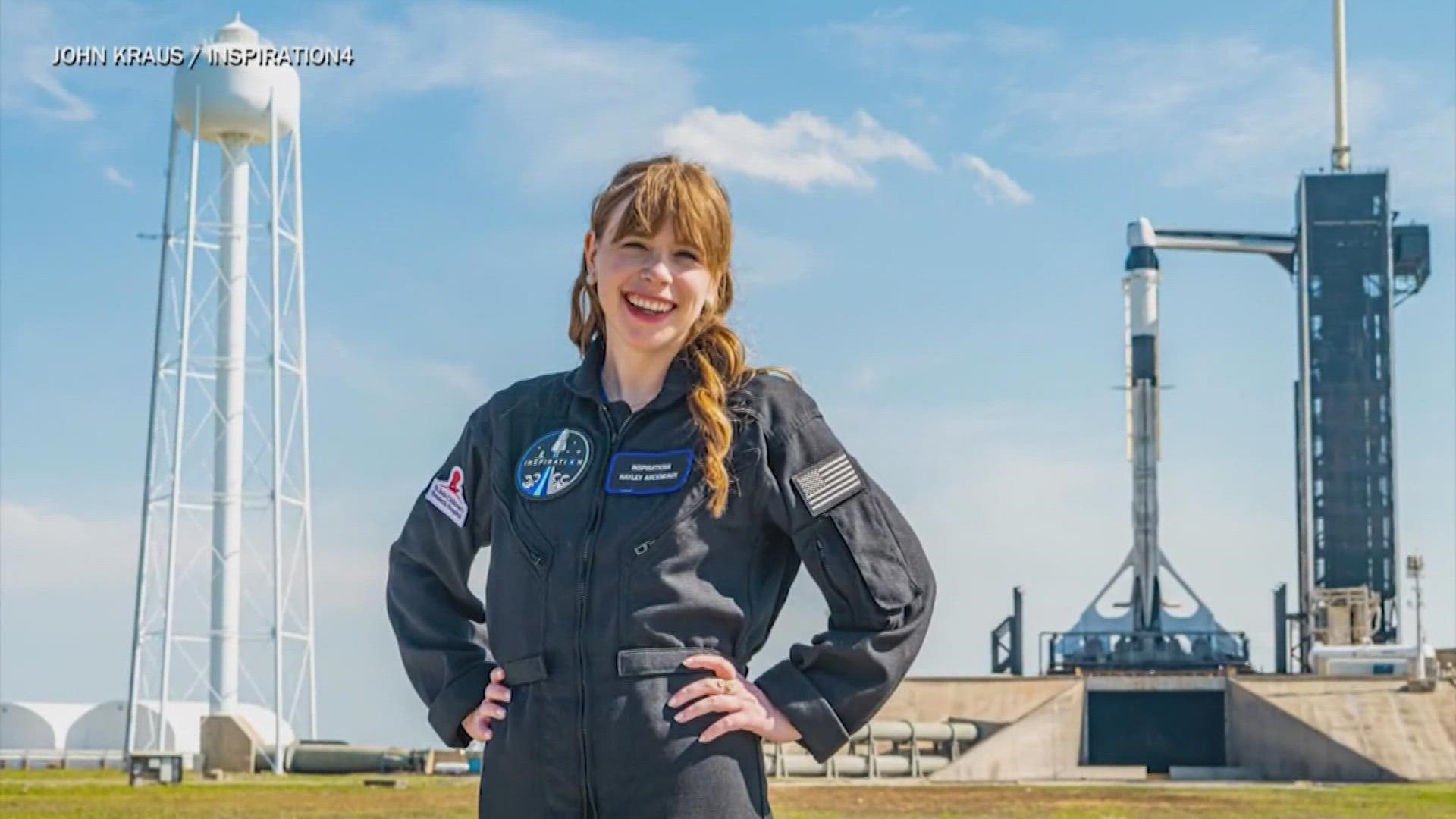 RELATED: Inspiration 4 crew to conduct experiments in orbit on behalf of Houston researchers

“My battle with cancer really prepared me for space travel,” Arceneaux said in an interview with The Associated Press last February. “It made me tough, and then also I think it really taught me to expect the unexpected and go along for the ride.”

Doctors at St. Jude saved Arceneaux’s life, but they weren’t able to save her knee. The prosthesis meant she couldn’t qualify for NASA’s astronaut program, but it didn’t stop Arceneaux from living her best life.

She’s has traveled the world as a student in Spain, on mission trips to Peru and Nicaragua and during adventures on five continents, she told St. Jude Inspire.

And in a twist of fate, she’s about to take the ultimate trip of a lifetime.

Arceneaux went on to become a physician’s assistant at St. Jude, the same hospital where she battled cancer.

She was chosen for the SpaceX journey by the hospital and fellow SpaceX crew member Jared Issacman.

The billionaire bought both seats on the Dragon Inspiration4 as part of a multi-million-dollar fundraiser for St. Jude.

'It's going to mean so much'

In the February interview, Arceneaux said she wants to show her young patients and other cancer survivors that “the sky is not even the limit anymore.”

“It’s going to mean so much to these kids to see a survivor in space,” she said.

After she was chosen, Arceneaux told the St. Jude writer that space travel is “pretty on-brand” for her and she only had "good butterflies."

“Honestly, I’m not nervous at all. I am just so excited,” she said.

Arceneaux and Issacman will be joined by two more civilians, Chris Sembroski and Dr. Sian Proctor, when the spacecraft launches into orbit.

Associated Press and St. Jude Inspire contributed to this report. 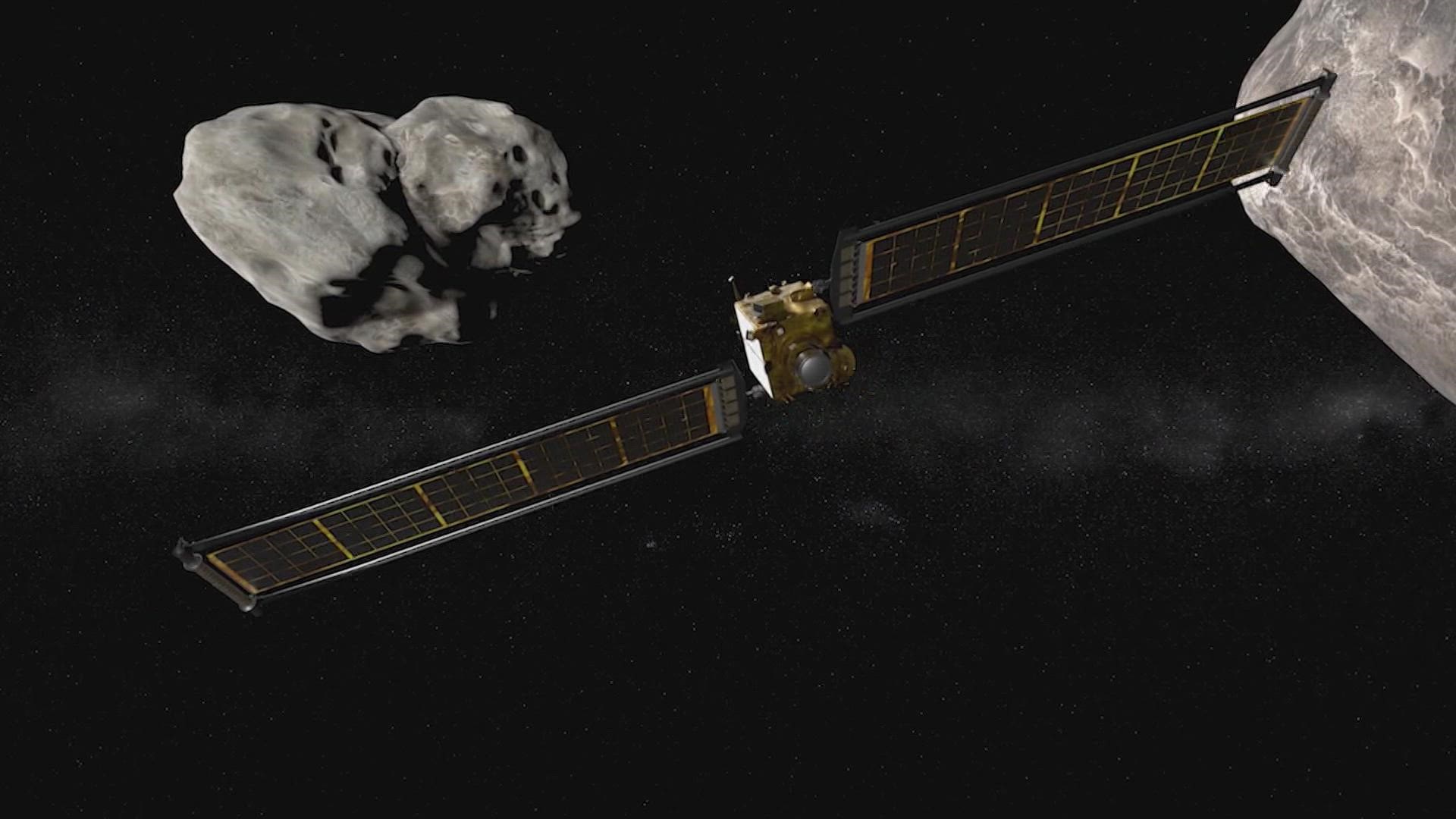