From patients living in a total blackout, unable to visually distinguish between day and night to being able to see light and shapes, the implant improves the quality of life for patients like Lidia Lopez. 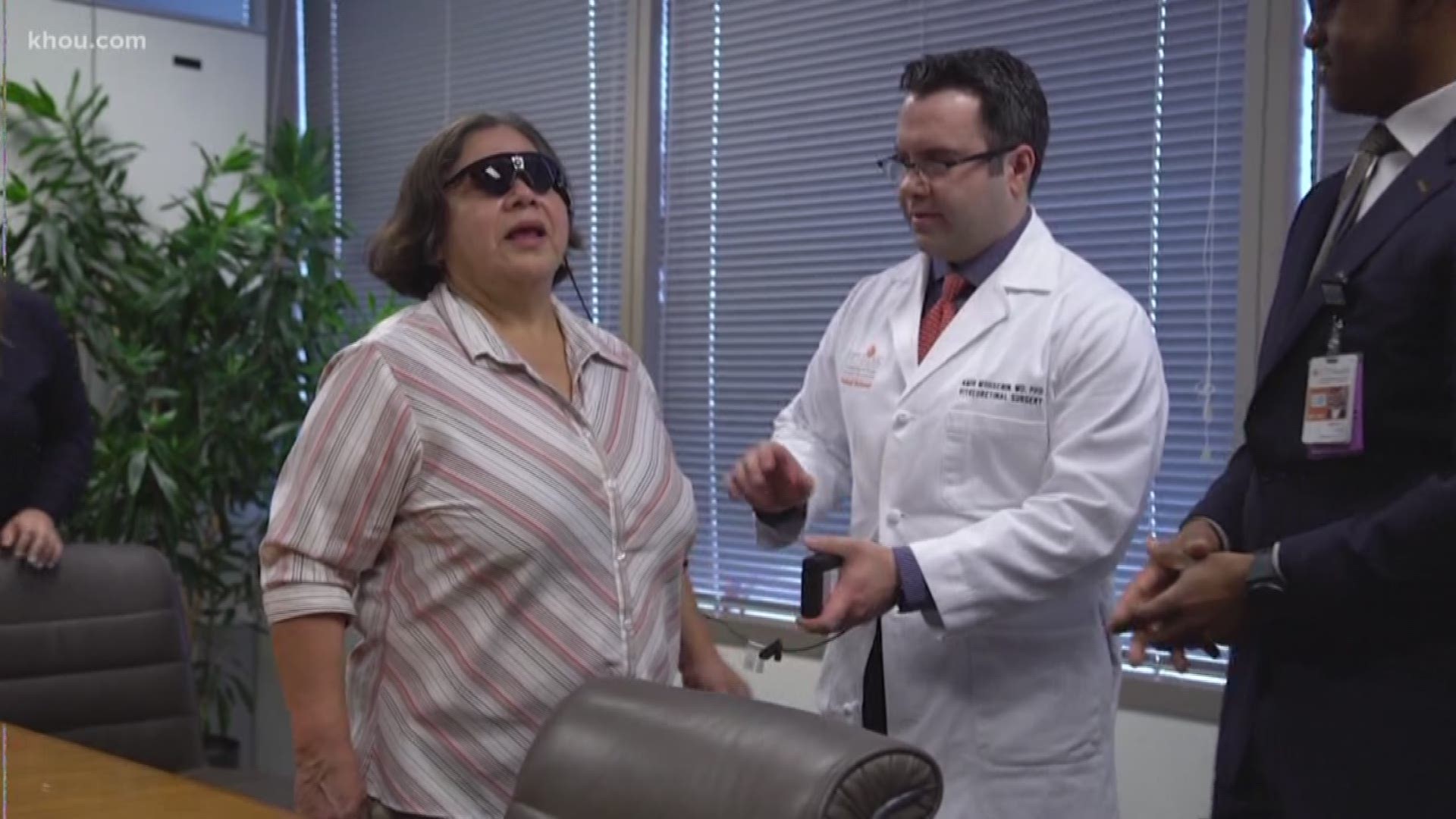 HOUSTON — People living with a degenerative eye disease no longer have to live in the dark.

A device called the Argus II, created by Second Sight, is the only FDA-approved retinal implant. And, Memorial Hermann-Texas Medical Center is the only center where you have the out-patient surgery done in Texas and along the Gulf Coast.

“So when we say bionic eye, this is a special, exciting new technology that allows us to actually help people that can’t see at all,” said Dr. Garvin Davis.

From patients living in a total blackout, unable to visually distinguish between day and night to being able to see light and shapes, the implant improves the quality of life for patients like Lidia Lopez.

The 61-year-old was the first recipient of the bionic eye implant in Houston.  After implantation of the Argus II, a small camera in Lopez’s glasses captures video that is passed through a small computer that she wears.

The computer and glasses work together to send a wireless signal to an antenna in the implant.

This allows Lopez to perceive patterns of light, enabling her to see again for the first time in over a decade.

In video shared with KHOU 11 News by Memorial Hermann, you can watch Lopez as she sees light for the first time in years.

“And so you can see when she scans, just the dots of light that she’s seeing,” says Davis.

“She could see her hand moving in front of her. I mean, that’s like the whole point of it. It was a lot of work to get this thing, a lot of work and it was worth it,” says Dr. Amir Mohsenin, who works alongside Davis during surgery.

“It’s fascinating. It is something that only the patient sees,” says Davis.

Once implanted, the device can be updated, similar to a cellphone.  “They’re going to be merging this with artificial intelligence,” Mohsenin says of the strides that the device’s maker continues to achieve. “They’re thinking about putting thermal sensors, so you can detect heat.”

Right now the Argus II is only indicated for patients who are 25 years or older who have been blinded by outer-retinal degeneration to the point they can only see light, or no light at all, because of a retinal disease called retinitis-pigmentosa.

But there’s hope the technology can be expanded for use among trauma victims and diabetics.

“You know for me, as much as I love the bionic eye, I know there’s a lot more we can do,” Dr. Mohsenin says.“The ultimate goal would be to prevent this from happening in the first place.”