Major source of Houston's drinking water is littered with trash

From glorious to gross, residents in Kingwood are fed up with people trashing their waterways. You don’t care? You should if you drink water. 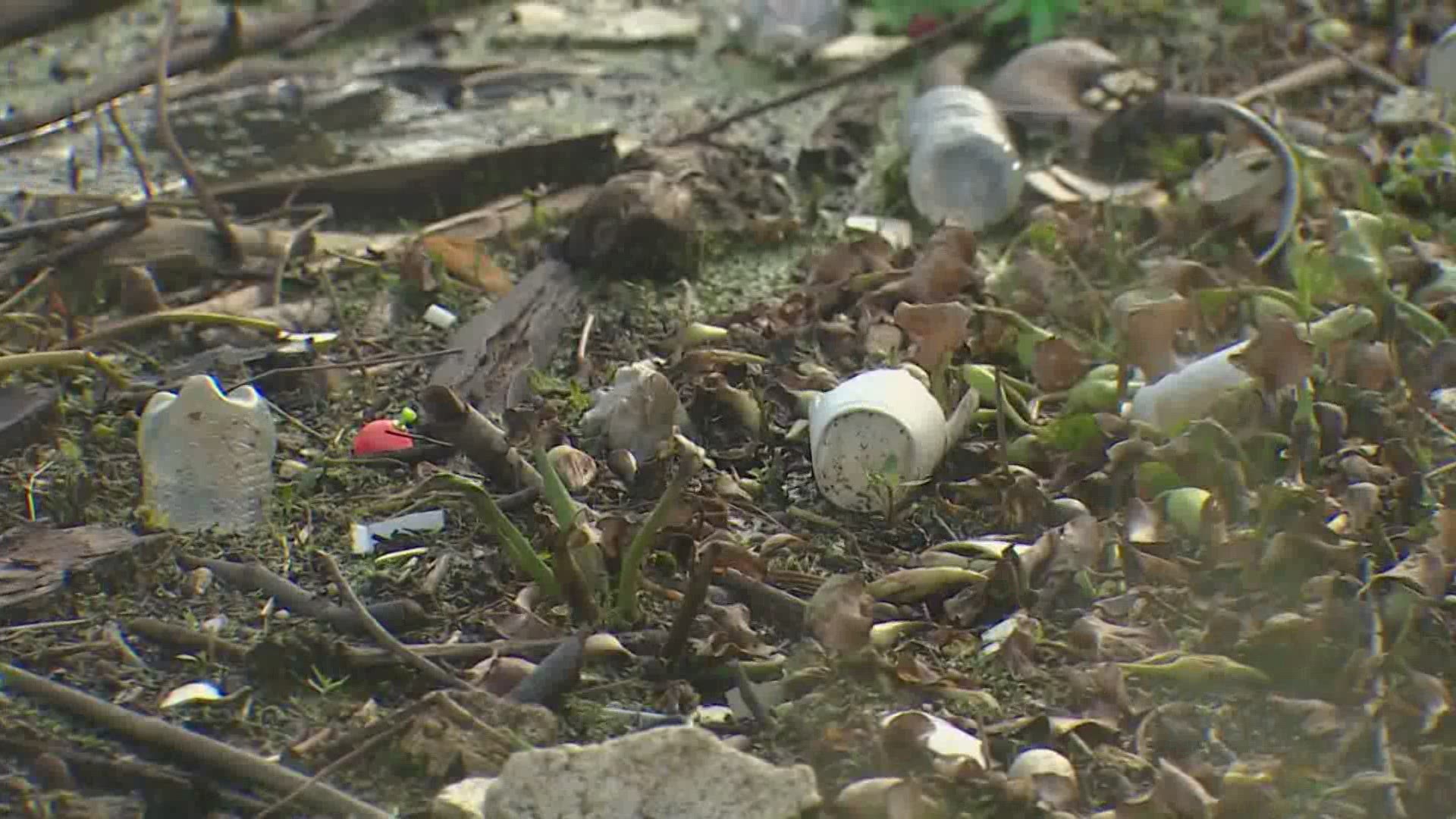 HOUSTON — About 15 miles northeast of downtown Houston, you can find one of the area’s treasures, however, Kingwood residents are noticing that it is not just wildlife popping up in Lake Houston.

Resident Tony Austin stood near a dock overlooking the lake near Kings Harbor and described his view.

“There’s a tire right over there,” Austin said as he pointed to an island of trash floating along the bank. “There, there are cups. There’s a football. This is just a junk heap. It really is.”

Austin is one of many people fed up with the trash in Lake Houston.

“Why do people do that? Why do people just throw stuff away? I just don’t understand that mentality," Austin said.

When he saw the Facebook volunteer group Keeping Kingwood Beautiful, started by resident Amy Butler, Austin and many others jumped on board, willing to wade in the water to get rid of the waste.

From glorious to gross, residents in Kingwood are fed up with people trashing their waterways. Don’t care? You should if you drink water. Full story tonight at 10 on #KHOU11 #lakehouston pic.twitter.com/XNjUAniUgp

This Sunday, starting at 7 a.m., they will be out near Kings Harbor picking up other people’s trash.

If you don’t live on Lake Houston there’s still a reason to care. Houston Public Works says 85% of Houston’s main drinking water system is sourced from a combination of the water in Lake Houston, Lake Conroe and Lake Livingston.

Austin hopes litter bugs take notice of their efforts and make more of an effort to clean up after themselves.  And he encouraged other to follow suit in other communities.

“If you have values and you say, ‘I really want to be in a place that looks clean and organized’, you better get on and do something about that.”