AUSTIN, Texas — Grasshoppers of the green and brown varieties are extremely common in Texas.

But did you know grasshoppers can also be pink?

On Sunday, Allison Barger sent KVUE photos of an extremely rare pink grasshopper that her 3-year-old son, Brooks, found in their garden in the Oak Hill area of southwest Austin.

According to National Geographic, this rare pink morph typically happens in the common meadow grasshopper and the pink grasshoppers get their blushing color from an unusual genetic mutation called erythrism, which is caused by a recessive gene similar to the one that affects albino animals.

Creepy crawlies of Texas: Why bugs are so important to the Lone Star State

The mutation either results in a reduction or absence of normal pigment and/or excessive production of other pigments – like red, which can result in pink morphs in these sprightly insects. National Geographic said that although this mutation was first discovered in a katydid species in 1887, it's extremely rare to see these pink morphs. 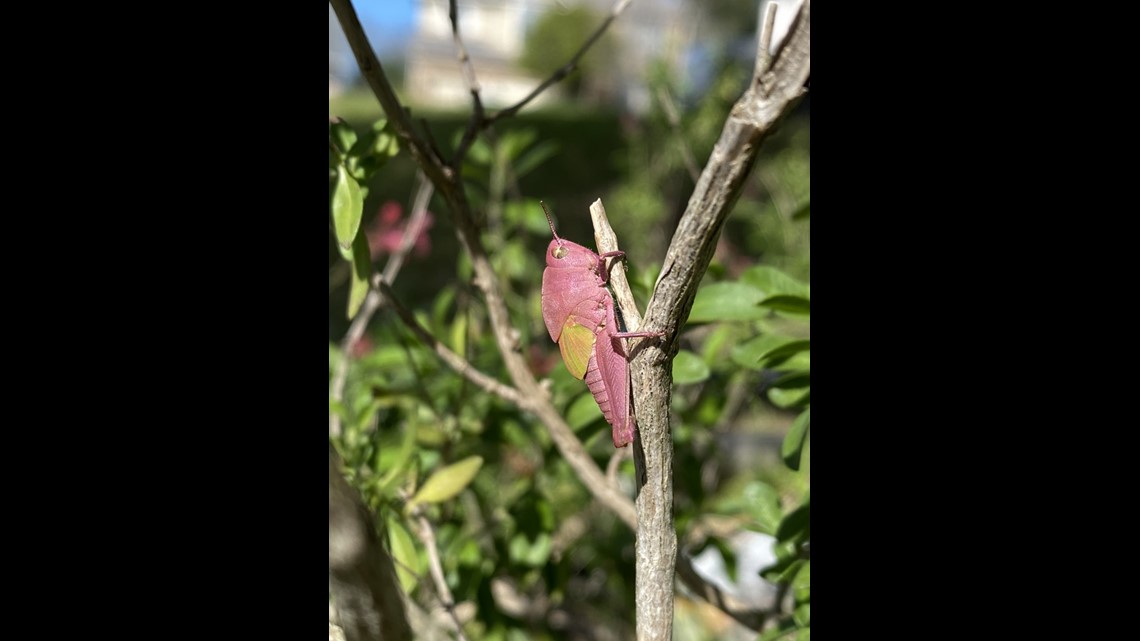 National Geographic also said these rare bubblegum-colored hoppers usually don't make it to adulthood because their conspicuous color isn't very good camouflage against plants, making them easy for predators to spot. But, if they do make it to adulthood, they can lose their pinkness, stay pink or even be a variation between the two.

So, the pink grasshopper Brooks found in Oak Hill was an extremely special Valentine's weekend surprise!

WATCH: Creepy crawlers: The importance of bugs in Texas

Early voting guide: Where and how to vote in Central Texas